Warning – Pandemics are never what they seem

"Fauci, I believe, has been a callous murderer. Perhaps, like Albert Einstein, we should dissect his brain when he is dead to understand how someone can be so evil. There has long been a long-standing view that Fauci did the same thing with AIDS, and the drugs he rushed through killed people and cured nobody. He did the same with swine flu, but at least that vaccine did not kill everyone that took it. 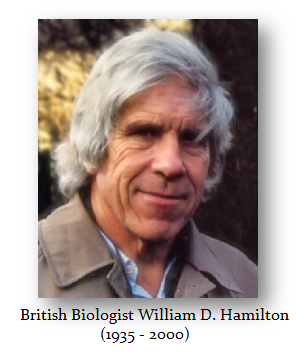 There has long been a concern that the AIDS virus did not simply mutate but was transferred by a gain-of-function naturally from monkeys to humans. William Hamilton, the British biologist, became concerned that AIDS emerged from the trials of a polio vaccine in Africa. Hamilton, the evolutionary biologist, was one of the most distinguished scientists in the world. During the 1990s, Hamilton began to investigate the controversial argument that the origin of HIV was in an oral polio vaccine trial conducted by Hilary Koprowski in Africa. The idea that Hamilton was correct, well, nobody wanted to admit that they had used Africans as experimental guinea pigs.

Hamilton had even submitted a letter on the topic for peer-review, but they refused to allow the subject to be discussed in 1996. Besides the Africans that died, the CDC was being funded with vast amounts of money for the first time because of AIDS. Dr. Anthony Fauci had written on AIDS back in 1983. Fauci wrote in 1983: “The disease was first believed to be confined to a particular epidemiologically defined segment of the population, ie, male homosexuals. Earlier hypotheses suggested that there was something within the life-style of male homosexuals that predisposed them to this syndrome.

The idea that somehow this monkey virus reached a gain-of-function miraculously in a natural setting even created images of Africans having sex with monkeys. There was too much at stake to allow an investigation that this was perhaps created by mistake in a lab. Hamilton’s ideas were rejected, and some tried to portray him as a nut or conspiracy theorist. Hamilton even gave supportive declarations on this argument, which was published in the  BBC. Hamilton later wrote the foreword of a 1999 book, “The River,” by journalist Edward Hooper, who investigated this theory. “The River” examined the possible source of HIV, analyzing a number of theories concerning its origins and investigating current scientific inquiries into HIV, AIDS, and the search for a cure. It was Ronald Regan who appointed Fauci as the AIDS czar who seemed to intentionally use homosexual males as personal guinea pigs."

Rest of article by Martin Armstrong can be found here.