Agenda 2012: School Choice | Beaufort County Now | In North Carolina, public education is a core fiscal responsibility of state and local government. The state constitution, in the words of the N.C. Supreme Court, recognizes the right to a "sound, basic education" for every child in the state.

In North Carolina, public education is a core fiscal responsibility of state and local government. The state constitution, in the words of the N.C. Supreme Court, recognizes the right to a "sound, basic education" for every child in the state. But public education need not and should not be delivered by government monopolies, as a diverse array of home, charter, and private schools are demonstrating across the country and here in North Carolina. In the end, no system for delivering goods and services functions well without providing a means for consumers to make their desires known and express their level of satisfaction.

•    The average county market share of North Carolina's public and private schools of choice -- charter, home, and private -- continues to grow. In 2010-2011, their market share was 13 percent, a two percent increase from two years ago.

•    Martin, Chowan, and Edgecombe counties had the lowest percentage market share (4 percent) among North Carolina counties, while Northampton County had the highest (46 percent).

•    With passage of a special needs tax credit in 2011, North Carolina became only the 14th state in the nation to approve school choice legislation. Families with special-needs children recently enrolled in a public school have an opportunity to claim a nonrefundable income tax credit. As long as their children meet eligibility rules, parents can claim a credit of $3,000 per semester ($6,000 per year) for special education and related services at a private or non-profit facility.

1.    The General Assembly should give parents an "Education Bill of Rights." An Education Bill of Rights should attach funding to the student and allow parents to take some or all that funding to the public, charter, or private school of their choice.
2.    North Carolina school districts should make greater use of open enrollment and magnet schools. District leaders should employ choice and competition as tools to improve academic performance.
3.    All North Carolina families should be allowed to set up educational savings accounts. Families should be able to make an annual tax-deductible deposit of $5,000 per child, from which they can withdraw funds tax-free for educational expenses such as textbooks, educational materials, or tuition incurred at any time from preschool through college.
4.    Needy students in public schools where fewer than 60 percent test at grade level should receive $4,000 scholarships to attend the private school of their choice, provided that no additional regulatory burdens are placed on private schools that accept these students.
5.    The state should allow low and middle-income parents to receive or access education tax credits. A family education tax credit would reduce the state income tax liability of families that incur out-of-pocket expenses for private school tuition and educational services and expenses. A philanthropy education tax credit would reduce the state income tax liability of individuals and businesses that donate to scholarship funding organizations. Research has shown that both types of tax credits are educationally and fiscally sound. 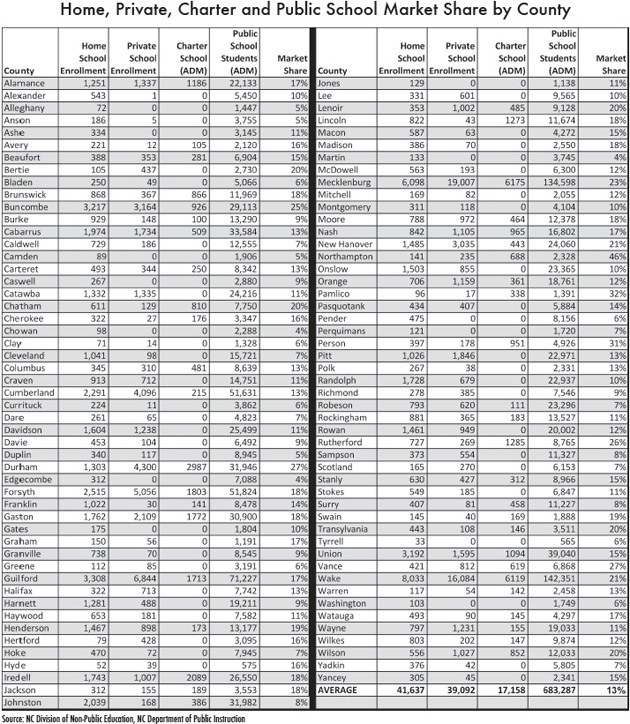