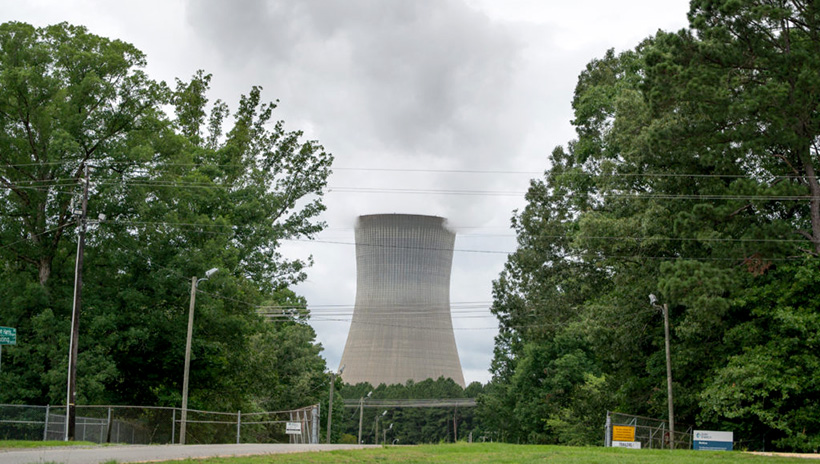 It is a rarity for large, consequential, far-reaching legislative reforms to engender a consensus across a spectrum of stakeholders, but the energy reform of House Bill 951 has managed to do just that. Unfortunately for lawmakers, though, the apparent consensus on this legislative proposal among stakeholders, from environmentalist interest groups to manufacturing associations to private citizens and ratepayers, is one of opposition.

The Modernize Energy Generation Act came before the N.C. Senate's Agriculture, Energy, and Environment Committee Tuesday, Aug. 10, for discussion and public comment from interested parties. Though lawmakers and select groups of stakeholders have reportedly worked for 18 months to craft the proposed reforms, the public comments suggested lawmakers have a lot more work left to do in regards to earning more widespread support.

The legislation reflects lawmakers' attempt to satisfy a dual mandate of emissions reduction and reliable energy generation, while also proposing reforms to how utilities charge customers and how regulatory bodies factor into decisions that affect ratepayers. The high costs and diminished power of oversight afforded the N.C. Utilities Commission were common complaints among public commenters.

Kevin Martin, executive director of the Carolina Utility Customers Association, whose membership is made up of manufacturers, told committee members the group stands in opposition to the bill because of the high projected costs to its members.

"This bill will be associated with costly increases borne by all ratepayers, large and small," Martin said. He added that provisions taking authority away from the Utilities Commission effectively mute the voices of ratepayers who represent "real businesses and real people" behind them.

Manufacturers had a similar take. A representative for Frontier Yarns, based in Sanford, North Carolina and employs around 1,000 people, asserted H.B. 951 "will be devastating to North Carolina manufacturers."

"We must have reasonably priced electricity to remain viable here in North Carolina," he said, referencing studies indicating the plan will increase costs by 4% every year, and a whopping 50% increase over 10 years.

Parkdale Mills has 23 textile plants in total, with nine of them in North Carolina employing nearly 1,000 people. Dan Nation, director of government relations for Gastonia-based Parkdale Inc., which owns Parkdale Mills, told committee members Tuesday the legislation puts their North Carolina manufacturing plants in danger. A leading exporter of textiles and one of Duke Energy's largest customers, Nation says the company spends about $60 million a year on electricity in total, making it the highest input cost they have next to raw materials. If House Bill 951 becomes law in its current form, Nation lamented, "the only option now is to leave the state."

Similarly, Preston Howard of the N.C. Manufacturers Alliance relayed that group's stern opposition to the bill on multiple fronts. Howard said industrial customers strongly disfavor the bill because of costs and erosion of stakeholders' influence on decision-making.

"The bill strips away many longstanding protections through the utilities commission," Howard said before the committee. "In a regulated state, we believe that utility customers have the right to appear before the commission."

And though members of the Alliance are big fans of the reliability and cost-effectiveness of nuclear energy, they don't believe ratepayers should be financing projects with no assurance that they will expand the energy supply.

"Most of my companies are fans of nuclear energy," Howard said. "What we're not fans of is paying for new nuclear facilities that never generate a kilowatt of power. It's time for the utility to share some of the risks of nuclear investments."

Becki Gray, senior vice president for the John Locke Foundation, spoke to the committee about the foundation's Energy Crossroads study which found nuclear and natural gas energy to be a more reliable and cost-effective way to meet energy goals.

"North Carolina has a reliable, affordable, and increasingly environmentally-friendly electricity system," she told members. "All future electricity plans should ensure that further emissions reductions do not come from sacrificing that reliability or affordability.... Cost matters, particularly for our low-income citizens and for industries that want to grow and create jobs."

Yet, the opposition to the bill crosses ideological and political divides.

Cassie Gavin, director of Government Relations for the N.C. chapter of the Sierra Club, an environmentalist interest group, told members it opposes the erosion of the Utility Commission's authority. Further, the Sierra Club objects to mandating more natural gas facilities to replace retiring coal plants, which it would rather see plugged with renewable energy projects, as well as the costs of projected rate increases.

Al Ripley, an attorney with the N.C. Justice Center said his group, too, was concerned about cost impacts on North Carolinians.

"We think there are better, less expensive ways to meet energy needs while utilizing renewables and addressing environmental concerns," Ripley said Tuesday, adding that they also oppose weakening the authority of the commission's decision-making authority.

Tuesday's public comment period seemed to culminate in a relatively widespread distaste for the key tenets making up H.B. 951, earning equal scorn from producers, environmentalists, and customers. There were some supporters of the bill, namely Duke Energy and other utility representatives, but the trend was clear among those taking the podium.

There were also positive remarks offered toward the intention of focusing on nuclear energy development. Robert Hayes, associate professor of nuclear engineering at N.C. State University, noted the advantages of nuclear for both consumers and those concerned with the environment.

"It has the smallest footprint in terms of materials for gigawatt-hour," Hayes noted, adding that nuclear had the lowest number of deaths from accidents among all energy sources, and dispelling common criticisms leveled at nuclear energy — nuclear waste.

"Since the 1970s the U.S. has gotten about 20% of its electricity from nuclear, and all of the nuclear waste from all that energy, all of that spent fuel, would not fill up a single football field more than 3 meters high."

The bill remains in the Senate as lawmakers try to balance Tuesday's feedback against the dual mandate of energy generation and emissions reduction.
Go Back