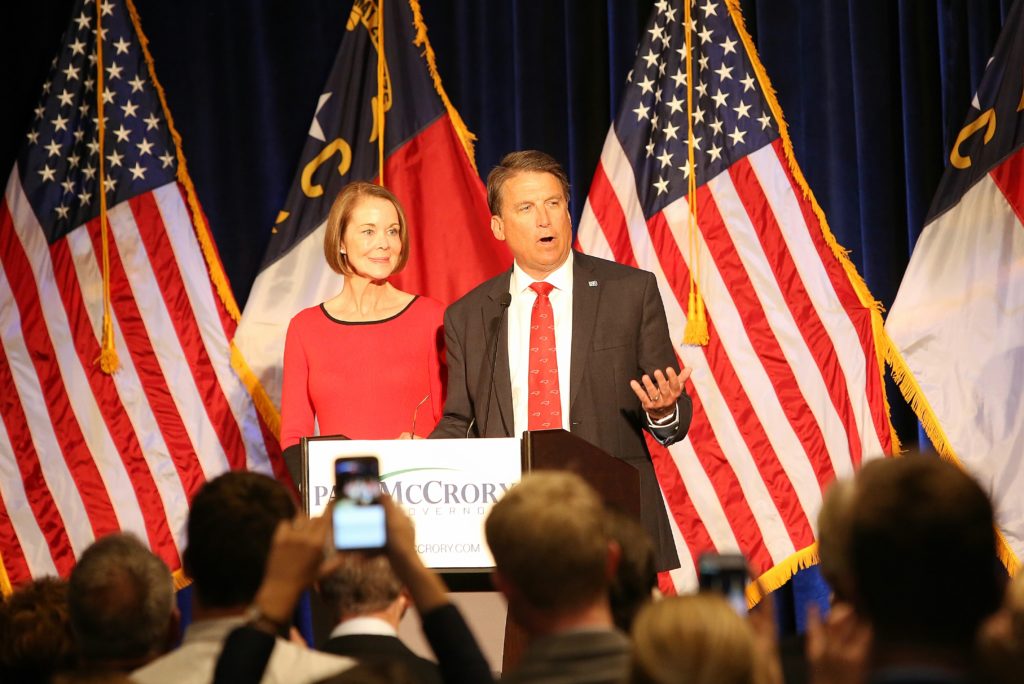 Both parties are scheduled to hold Senate primary elections in March 2022.

Beasley was the top third-quarter fundraiser among candidates in the Senate race, according to financial disclosure reports filed with the Federal Elections Commission Oct. 15.

McCrory announced that his campaign will report raising more than $1 million in the third quarter. This is the second quarter in a row in which McCrory has broken the million-dollar mark. Budd raised a nearly identical amount, with McCrory slightly ahead. Budd's total includes a $25,000 loan he made to his campaign. Former U.S. Rep. Mark Walker reported $122,000 raised during the quarter.

"We are building a vast network of support across North Carolina, and we're doing it based on our own record, not the accomplishments of others," McCrory said. "It's a remarkable achievement to have consolidated the fundraising infrastructure that we now have this early in the contest. We are going to continue building on this momentum, win the primary, and take back the Senate majority next November."

Democratic candidate Jeff Jackson, a Mecklenburg County state senator, announced $900,000 in fundraising for his campaign. With $1.5 million in cumulative fundraising, Beasley has now almost caught up to Jackson, despite her opponent enjoying a one-quarter head start.

"North Carolinians are throwing their support behind Cheri because they know that she's the candidate who can win and will deliver real progress for our state," Beasley campaign manager Travis Brimm said in a news release.

"The former state chief justice has outpaced her opponent by a wide margin two quarters in a row and has advantages beyond fundraising," the left-leaning PoliticsNC said, "Much of the Democratic establishment has backed Beasley; she has a much stronger resume than Jackson, and she brings a diversity to the ticket that he does not. While Jackson is making a strong effort, he clearly has an uphill climb to pull off an upset."

Budd has more than $2 million cash on hand, while McCrory has $1.6 million and Mark Walker has $613,000. This is the first full fundraising period since former President Donald Trump endorsed Budd at the N.C. Republican Party State Convention.

"We appreciate your faith in us and your support of our shared vision of America First policies that protect and promote American jobs as priority number [one]," Budd wrote in a news release from his campaign that touted it has more available cash than all other candidates and got donations from residents in all counties.

McCrory said he's "the only candidate in this race who has convinced North Carolinians to invest in our campaign."

The size and scope of independent expenditure campaigns will likely be a much bigger factor than direct candidate fundraising on the Republican side.

Carolina Journal has learned that an independent expenditure connected to McCrory is currently running a significant voter survey and voter identification project.
Go Back