NC's Green New Deal – the anatomy of a betrayal 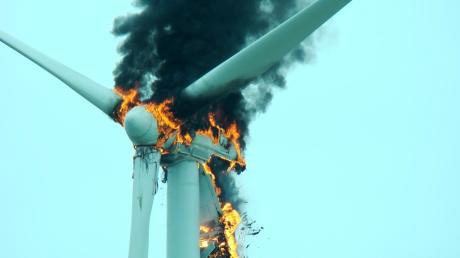 The key piece of North Carolina's very own Green New Deal has become law. It is even more severe than  the European Union's similar legislation.  It will raise our electric rates very significantly, and make our electric grid less reliable, as it has done everywhere such legislation has been adopted. It embraces the policies of Greta Thunberg, Alexandria Ocassio-Cortez, and Joe Biden, while gutting the America First policies of President Trump.  It is a complete surrender to progressive Governor Roy Cooper, by the establishment Republican leadership in the legislature.

Too few North Carolinians know it has even happened because it was accomplished by shady backroom manuvers in the General Assembly designed to keep voters in the dark and to make a mockery of the concept of legislative transparency.  It shows the unsavory level to which special interests have too much sway over legislation in North Carolina.

House Bill 951 started out as a one page bill with a worthy goal, encouraging efficient modular nuclear reactors for producing electricity in our state.  It came out of the legislature as a draconian mandate, tracking the proposals of Governor Cooper, that requires North Carolina to reduce carbon emissions by 70% by 2030.  In comparision, the EU legislation passed earlier this year that is already wrecking havoc on European energy markets and dramatically raising electric rates only requires a 50% reduction by 2030.

While HB951 sat in committee, backroom meetings of self-described “stakeholders” were conducted to plot a vast expansion of expensive and unreliable wind and solar electricity in North Carolina.  This special interest cabal included representatives of “woke” utility monopoly Duke Energy and of wind and solar energy producers.  It did not include electric consumers, either residential  or commercial.  This committee never put forward a bill through the usual legislative process, but its product was clearly apparent in two major and almost total last minute rewrites of HB951, once in the House and once again in the Senate.

HB951 was asssigned to the House Committee on Energy and Public Utilities, co-chaired by Representatives Szoka and Arp on May 12, 2021.  Arp was the original sponsor of HB951. Szoka is the “Mr. Solar” of the House GOP caucus.  On July 13, the committee rewrote the bill to 48 pages, grafting on language from the special interest “stakeholder” backroom meetings.   As rewritten, the bill was clearly a Green New Deal vehicle, as it required premature closing of six coal fired power plants, to be replaced by some gas fired plants and some wind and solar, with the very substantial cost of that transition dumped upon the utility customers.  With no public hearings on the new language, known as a “committee substitute” it was sent to the House floor and rammed through its second reading on the following day, and the third reading the day after that, clearing the House on July 15.  House Speaker Tim Moore conned several conservatives into voting for it by telling them that it would not go anywhere in the Senate anyway, and the Senate was opposed to the wind and solar provisions.

In the Senate, HB951 was assigned on August 9 to the Committee on Agriculture, Energy, and Environment.  Two members of that committee are Sen. Paul Newton, a former Duke Energy executive, and Sen. Bob Steinberg, the “Mr. Solar (and Wind)” of the Senate.  The committee did hold a public hearing on the language that came over from the House, and representatives of both residential electric consumers and business / industry electric consumers spoke out against the bill, objecting to the major rate increases it would cause.  The committee members were apparently tone deaf.

On October 5, the Senate committee approved another almost total rewrite as its own committee substitute reducing HB 951 to 10 pages but going even more extreme in the climate alarmist direction. This rewrite is also regarded as a likely product of the backroom “stakeholder” meetings.  It not only imposed the draconican requirement of a 70% reduction in CO2 emissions by 2030, but it created a “Performance Based Regulation” process that made it quicker and easier for electric utility monopolies like Duke Energy to raise their rates.  This new language was publicly embraced by both Senate President Phil Berger and progressive Governor Roy Cooper.  House Speaker Tim Moore also endorsed it.  Like the House, the Senate committee did not hold a public hearing on their new language or even give much public notice.

Sen. Jim Perry worked the Republican members of the Senate, who should have known better,  to vote for this now far left climate alarmist bill.  That it would financially hurt North Carolina citzens and businesses did not seem to faze many of them.  The day after the committee substitute emerged, it passed both its second and third readings in the same day, October 6.  It went back to the House which agreed to the Senate version on October 7, without even bothering to set up the usual conference committee to work out differences with the Senate..

The “committee substitute” process was badly abused in both the House and Senate to keep ordinary citizens in the dark on this bill that will have a huge negative impact on them.  That is not the first time this process has been used that way when the leadership wants to ram something through that they anticipate GOP party activists and base will strongly object to.  The repeal of the bathroom privacy legislation known as HB2 is another prime example of this extremely corrupt process. The fast tracking of this bill kept the public in the dark.  What was done to push this bill though smacks of Nancy Pelosi's swamp in Washington, DC, but in this case it is Phil Berger and Tim Moore's Raleigh swamp. Were they doing the bidding of “woke” Duke Energy, or progressive Gov. Roy Cooper, or of the climate alarmist movement?  They certainly were not looking out for North Carolina electric consumers or the GOP base.  President Trump got America out of this very same rat's  nest when he took us out of the Paris Climate Accord, but Berger and Moore put NC right back in it.

When one looks at campaign finance records of the establishment Republicans who played roles in this debacle, one thing stands out.  Through their campaign committees, they were all on the take from members of that backroom “stakeholders” cabal.  Take Senator Jim Perry of Kinston, for example. He received the maximum contribution allowed by law, $5,400, from the main Duke Energy political action committee plus $2,000 more from another Duke PAC. On top of that, Perry received another $2,000 from a PAC representing solar and wind companies.

These legislators should have known what they are doing to North Carolina after the CO2 reduction plan called for is implemented in late 2022.  Pushing wind and solar in Europe has seen massive rate increases, and they just keep coming.  Ask a German.  They are now paying three times as much in residential electric rates as we pay in North Carolina, and those major rate increases roll around like clockwork.  That will be coming here to North Carolina in 2022 thanks to the corrupt passage of  HB951.