Cam Newton returns with a new perspective | Beaufort County Now | It feels inevitable, that one day ﻿Cam Newton﻿ will take our breath away again. 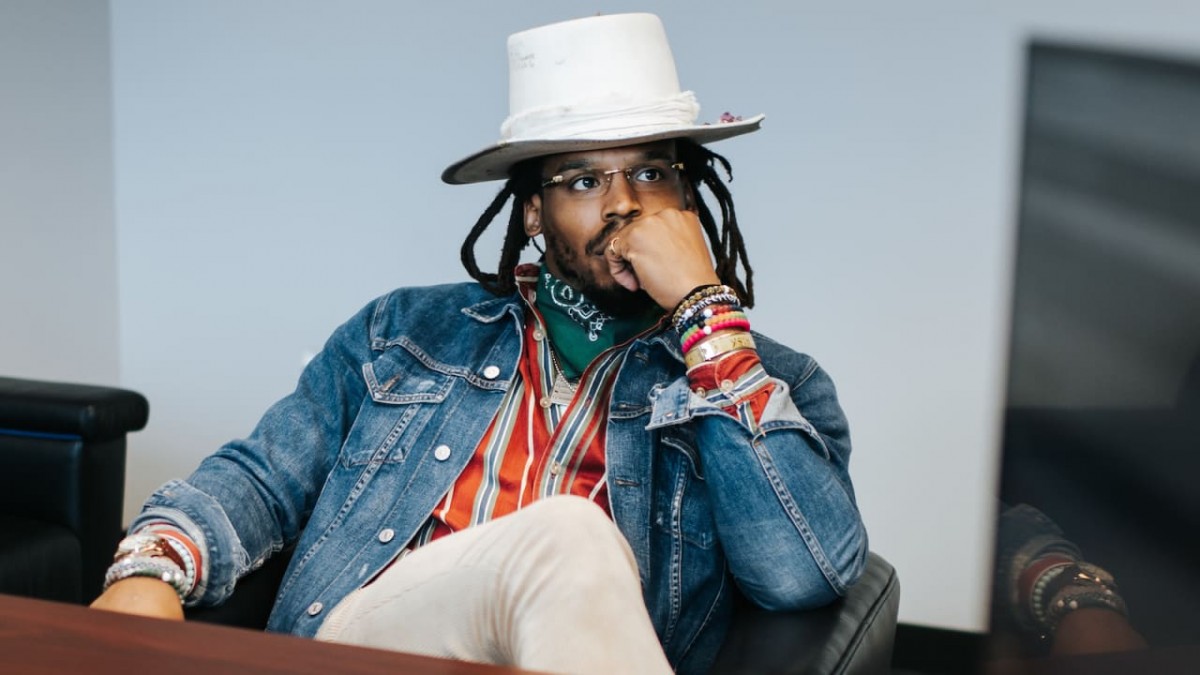 CHARLOTTE     It feels inevitable, that one day ﻿Cam Newton﻿ will take our breath away again.

And when he does, it feels inevitable that he will celebrate, the way he always did.

That joy is inside him, as much as the oxygen that fills his lungs. It exists to come out.

But before it does, he needed to take a breath. And maybe we did too, before we wrapped our minds about what his comeback to his own football promised land would look like.

It will likely appear different than the first time. How would it not? And when he gets to the point when he's back in his normal spot - a huddle, the end zone, in front of a camera - it feels inevitable that the light will return.

But before that happens, there was an exhale.

For Cam Newton, Friday was a chance to say hello to old friends, a chance to do the thing he's great at again, and to talk briefly about the going away and the coming back. Since he left, he has abandoned social media. But a star such as Cam Newton doesn't need likes to know he's loved. He's just ready for something else now.

"I know the buzz is going on," he said, in perhaps the biggest understatement in the city this week. "I want everybody to know, I receive it. But this ain't no parade. Let's get to work."

Friday, for 45 minutes on the practice field, and 30 minutes in a video press conference to mark his return to his first NFL home, Cam Newton did not dance. He cracked a few stray jokes, teased a few new nicknames, and threw a few passes to past and present teammates. But mostly, the man who has lived most of his entire adult life as one of one, was one of 53.

Right now, that's the way it needs to be. For the Panthers, and for him.

"It's always back to winning," Newton said simply, as he discussed the conversations with head coach Matt Rhule and owner David Tepper which led him back home. "That's what it's all about. That's why I'm here."

The Panthers made it clear to him, they didn't necessarily regret the business decision that sent him away. There was a new coach, one who has said many times he wants this to be "a serious football place."

Newton would not have always fit in one of those.

He was the guy who wore those hats, who had that personality. And all those things still exist. (The hats definitely do.) At the moment, however, Newton made it clear that he's coming back a different man than he left.

It is a cliché of sports stories that players or coaches who encounter difficulty have been humbled. It would be naivé to think Cam Newton will ever be docile, will fade away quietly. He has burned too brightly, for too long, to do that.

But he was released. And he went to New England, a place where fun is not on the menu. Only football, serious football, with high standards and even higher expectations.

And then he was unemployed, for half a season, unable to do the thing that brought him and so many people joy. So the notion that he's coming back with a different perspective seems natural.

"Words can't explain. Let's state the obvious. I'd be a fool not to have taken the things I've learned in other organizations and apply it to what needs to be done here," he said. "And also, learning a whole other situation. Coach Rhule talked about what the brand is. And I have to buy in. I want to buy in. I'm going to buy in, and get others to buy in. And that's pretty much what it comes down to."

Doing that means fitting in, which is not the natural state of the singularly talented.

But he's always been gifted. He's never quite been given a situation like this. So he's approaching it differently.

He talked Friday about fasting, about purifying himself, based on services at his father's church in Atlanta. He talked about the Book of Exodus, and mentioned in passing, without apparent irony, that, "I felt like Moses."

There was much discussion of gratitude, because having had it all taken from him, he has learned the hard way that nothing is promised. So for him to say the things people expected him to say carried a different weight.

Moses, on the other hand, never got back to his destination. Newton may have, at least for the next eight weeks. He's coming back with a different air, something approaching gravity. But he still has the sense of place, a sense that feels natural, a sense that this is where he needs to be.

After 30 minutes of talking, the guy with the impossibly perfect flair for the dramatic knew what had to be said.

"So without further ado, I will say something that I've been wanting to say for a long time," Newton began, with a dramatic pause.

And with that, he dropped the mic. And went back to work.

Because that's why he's here.
Go Back