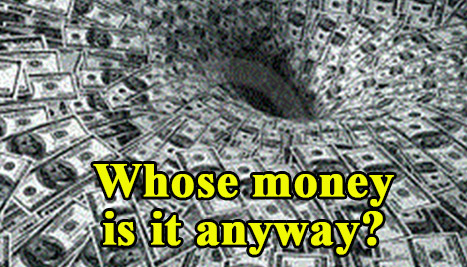 According to Commissioner Frankie Waters and four other commissioners Beaufort County needed to spend $15,000 dollars to purchase a computer program so someone living in Raleigh or Texas could check their internet water meter to see if they have a leak. That is what Waters said when he voted to spend the $15,000.  This will be an annual expenditure.  Every year another $15,000.

Complete agreement sounds good.  Were it only true that there are items for political persons to vote on that are perfect and true without any question what a more wonderful world it would be.  In our opinion there is nothing that comes before government that should be approved without opportunity for debate.

Pulling an item from the consent agenda seems innocent enough.  For years Richardson has been punished when he pulls an item.  Frankie Waters the nominal Republican Chairman would move the item to the last on the agenda.  This ruins the evening for the individuals who have to promote the item.  They do not know when they will be able to leave the meeting. They are tied up for at least another two hours. Frankie Waters does this to create bad blood between the presenter and Richardson.

According to the County Engineer, Christina Smith, we promised this to the public when we spent the almost 5 million dollars for the electronic water meters.  We took out a loan for the meters. We make annual payments.  This is the same deal that Smith told us there would be no economic savings.  For five million dollars our only documented savings was to reduce the payroll by two employees.

Actually, we paid for leak protection with the electronic water meters.  County employees can determine if there are unusual flows on the county distribution system.  We can determine if your meter is passing a higher volume of water than  normal.  The policy up to now is for the county to notify the homeowner who then would check it out.

According to Smith, the additional cost is $2.75 per meter per year.  I have trouble reconciling the approximately 17,000 meters with the $15,000 annual cost with a cost of $2.75 unless there is something else going on that we have not been told about.

We do not believe the $2.75 per month per meter is correct. Consider there may be only5 people on earth who want to check their flow rate during the year.  Now the cost is $3,000 per meter per year.

Voters should be concerned that an item like this would be squirreled away on the a consent agenda.  They

should be even more concerned that five  commissioners are willing to tax the water users of Beaufort County so a few people who live outside Beaufort county  can  check their water meter.

Now let us get this straight.  Any person with access to the internet can connect to the water system in Beaufort County, under this proposal.  The Board was given no information about internet security before the vote.  Could it be that some nefarious character in China, or perhaps a middle schooler in Beaufort County, could hack into the system and do all grades of mischief?  What we do know is that the water network, with a “node” at every house and business, can conceivably be used to monitor specific activities within the range of the meter if the hacker has the right equipment and knowledge.  That same risk is present with the so-called “smart electric meters.”  There goes yet another bit of our privacy.  But not to worry, the government would never use such abilities to snoop on We The People.

Frankie Waters has repeatedly proved that he is not a conservative Republican.  Voters need to take a hard look at Frankie, the Fake Republican.  In the upcoming primary election.  He was a registered Democrat before registering to run as a Republican.  He formed a coalition with the two Democrats on the Board and votes with them on almost all issues.

Maybe Frankie can explain what happened to Tri County Telephone and why it is now owned by Wilkes or Riverstreet Communication. He was Chairman of the Tri County Board at the time.

We still advocate for 90 percent of the elected officials being turned out of office in the 2022 primary elections.  Only those who have stood up for your rights should be returned.  If you cannot decide whether they are good or bad, that alone is enough to vote them out of office.