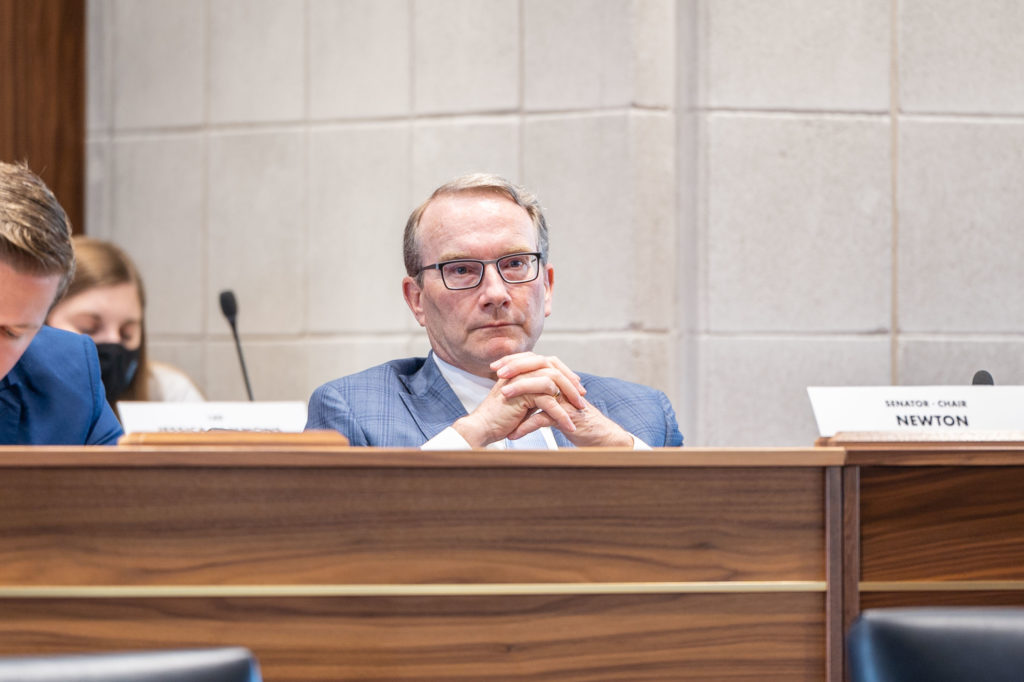 
One of the state Senate's election law leaders is highlighting a new poll that shows public support for an Election Day deadline for mail-in ballots.

A news release Thursday from Sen. Paul Newton, R-Cabarrus, noted that the media outlet that commissioned the poll had yet to report on its findings.

"According to a poll conducted by SurveyUSA on behalf of WRAL-TV, a proposal to move the mail-in ballot deadline to Election Day in North Carolina enjoys overwhelming support," according to the release from Newton, who co-chairs the Senate Redistricting and Elections Committee. "Yet, WRAL hasn't written a single word about this result even though at least eight articles have been published covering other polls it had SurveyUSA conduct."

The poll question asked: "There is a proposal in North Carolina to require all mail-in ballots, including military ballots from overseas, to arrive by Election Day or not be counted. Do you support or oppose this proposal?"

The results: 56% support and 29% opposition. "Support is strong across most groups, with opposition outweighing support only among those identifying as liberals," according to the poll narrative provided by Survey USA.

The headline of the pollsters' narrative describes the Election Day Deadline as being "backed by 2:1 margin of voters."

Majorities of Republicans (71%) and unaffiliated voters (55%) supported the Election Day deadline, while support among registered Democrats fell short (44%) of a majority. Voters over 65 (61%) were most likely to support the change, though the proposal secured majority support from every age group.

"WRAL wrote about other results from that specific poll in an April 11 article but chose not to cover or mention anything about the mail-in ballot deadline," Newton's news release explained. "It's not surprising that WRAL would conveniently suppress this result. Its opinion section blasted the proposal, calling it 'arbitrary and nonsensical.'"

"Voters recognize that everyone who votes should follow the same rules, including having the same deadline to get their ballots returned," said Andy Jackson, director of the Civitas Center for Public Integrity at the John Locke Foundation. "Allowing mail ballots to be accepted after Election Day creates confusion and undercuts confidence in election results."

"While military and overseas ballot deadlines are covered by federal law, North Carolina can and should make Election Day the deadline for the bulk of mail-in ballots," Jackson added.

SurveyUSA interviewed 2,500 N.C. adults from April 6-10. Of the adults, 2,068 are registered to vote in North Carolina. Of the registered voters, SurveyUSA identified 1,116 as being likely to cast a ballot in the May 17 primary election for U.S. Senate.
Go Back