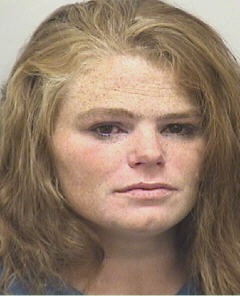 Sarah Worthy Waller
approximately 9:30 p.m., Beaufort County Deputies arrested Sarah Worthy Waller, age 34, of VOA Road in Washington, NC. Waller was arrested for Simple Assault after Deputies responded to a report of a domestic disturbance at a residence on Warren Place in Washington. Waller, who was intoxicated, became belligerent and resisted the arrest. She was also charged with Resisting, Delaying, Obstructing a Public Officer.

Waller was charged with Malicious Conduct By a Prisoner and Assault with Physical Injury to a Law Enforcement Officer, both Felonies. Waller was held in the Beaufort County Detention Center on a $50,000.00 secured bond set by Magistrate Jasper Mills for the felony charges. The domestic assault charge required she be held for 48 hours without bond unless a bond was set by a District Court Judge.