People Are Migrating to Affordable, Low-Tax States Like North Carolina


Covid As a Catalyst

The Covid-19 pandemic underscored the ongoing trend of migration from high- to low-tax states.

Moving companies like Pods, HireAHelper, and United Van Lines provided detailed analyses of these trends that parallel data from the Census Bureau. The National Movers Study from United Van Lines ranked the states with the highest share of in-migration and those with the most out-migration.

Affordability is linked to a state's tax climate.

Of course, taxes are not the only contributing factor to a move. But affordable regions are often a direct result of low taxes, especially low business taxes, which foster faster increases in jobs and wages. Other related factors might include education opportunities, family, weather, state culture, and crime rates. United Van Lines found proximity to family to be a major factor contributing to moves.

Moves in 2021 were also likely affected by varying degrees of lockdowns in a given area. Lockdowns in cities and many high-tax states were much more dictatorial, expensive, and evidently unpopular.

Migration among the states in 2021 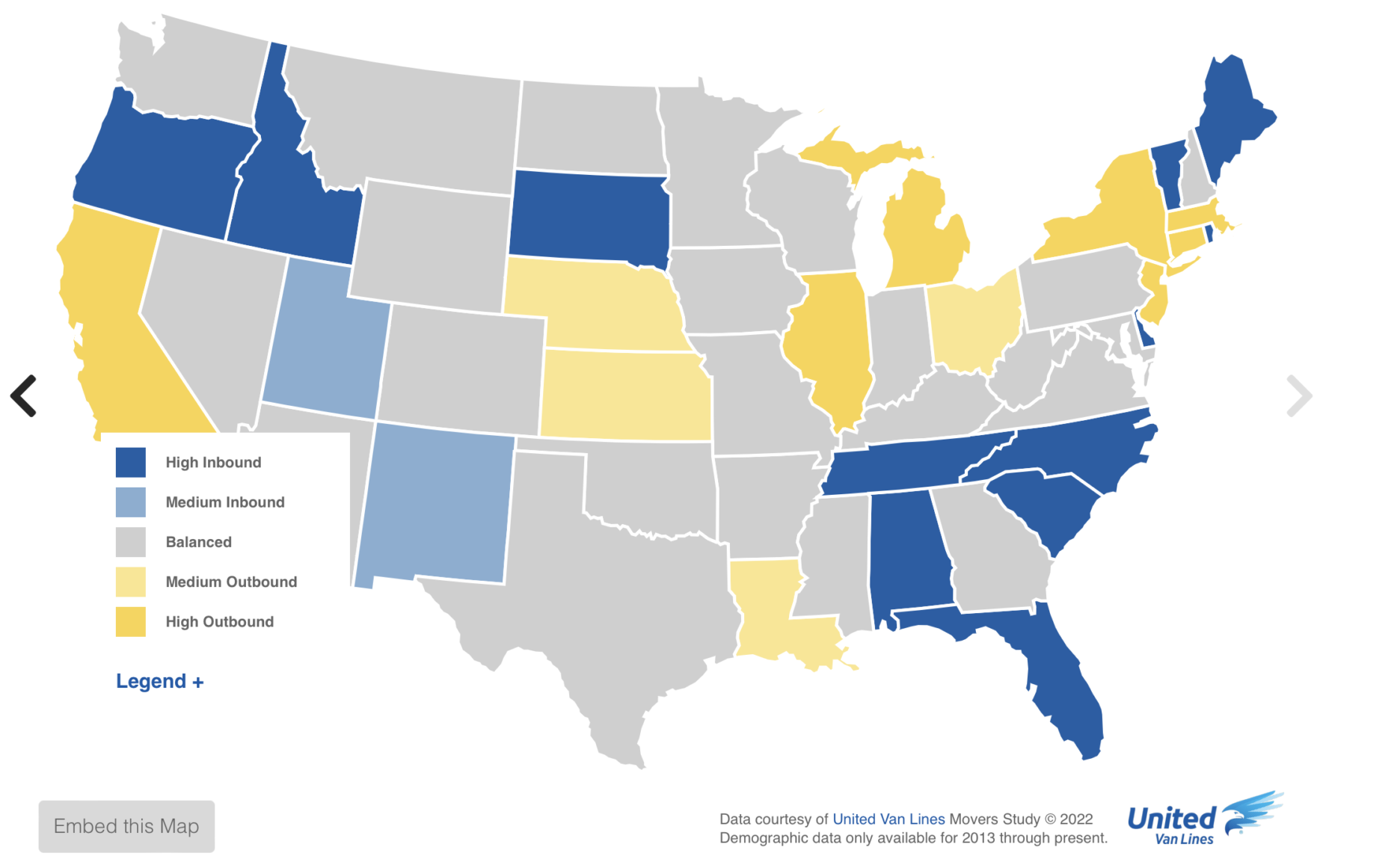 Tax climates for the top 10 highest outbound and inbound states 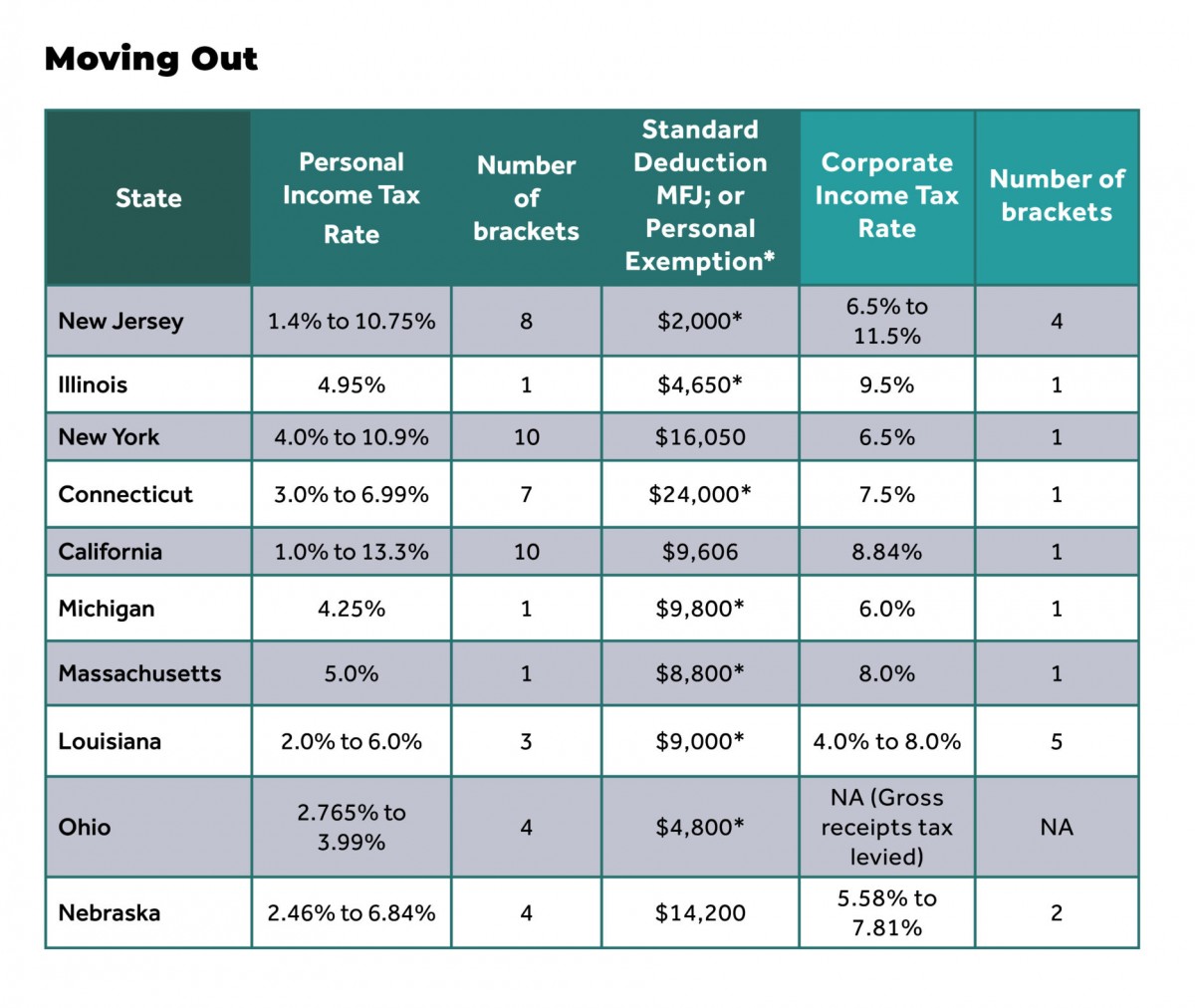 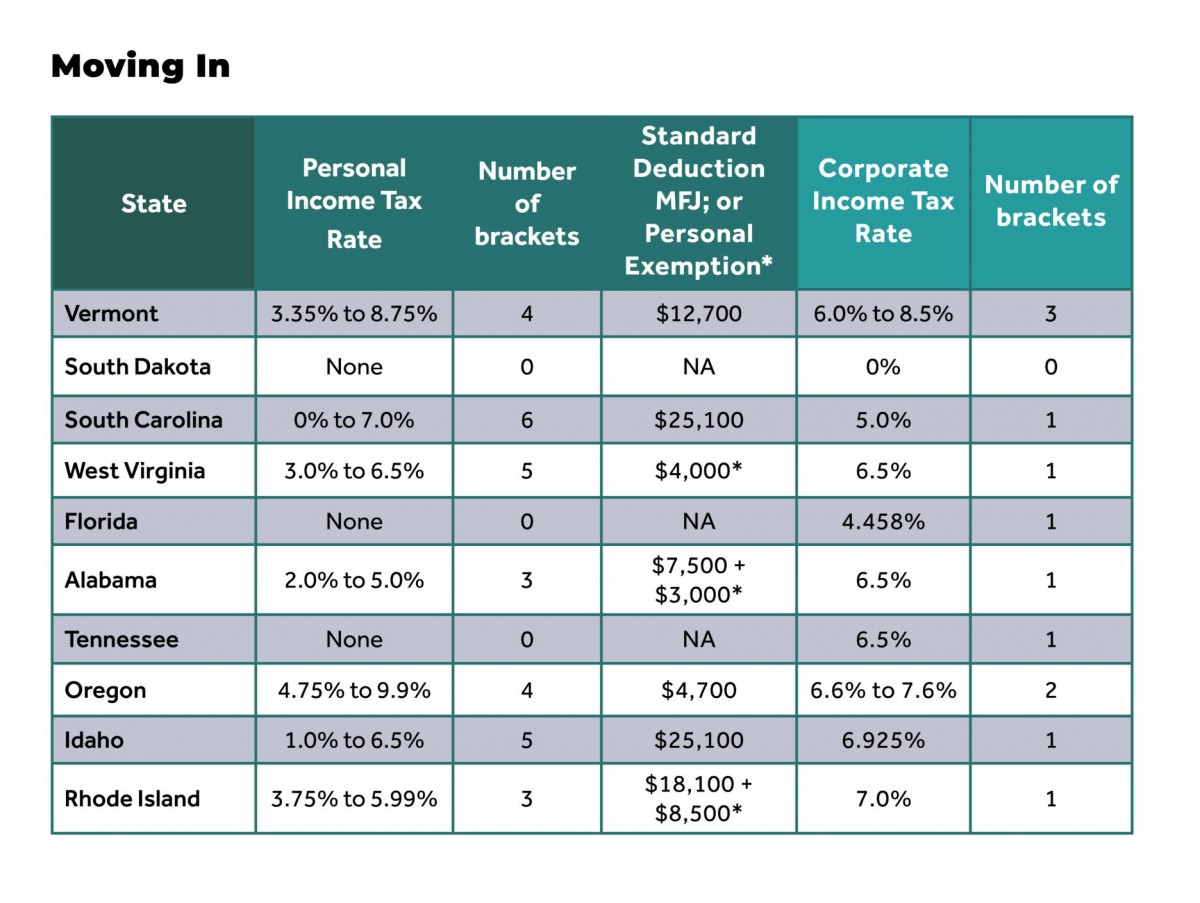 State taxes are far from static. Thankfully for taxpayers, competition among states is heating up. In 2022, ten states enacted reductions in their personal income taxes.

Six states reduced their corporate income taxes in 2022. State governments are flush with cash due to immense federal aid to address the Covid-19 pandemic, inflation, and an economy emerging from lockdown. Returning at least part of this money to the taxpayer via tax cuts is smart reform.

Among those enacting reform, four of the high net outbound states reduced income taxes, perhaps in an effort to stem the tide of population loss:


North Carolina, one of the states with a high net in-migration, has made incredible efforts to transform its tax code. The conservative leadership of the past decade has saved taxpayers billions. Once complex and high, our tax code is now simple and low.

This trend should warn high tax states: reform your tax code or risk an exodus of workers.

Covid was undoubtedly a catalyst for migration. People moved closer to families and away from cities. Taxes are just one reason a state might attract people, but they're a big one. And high taxes are a deterrent.

Workers respond to a competitive tax environment. And if taxes are levied to raise revenue for only the proper functions of government, the government will be inherently small. A proper government is limited, stays out of people's business, and requires less revenue from the public.

As a downstream effect, people vote with their feet. They will create businesses and start families in states that better respect their hard work.
Go Back