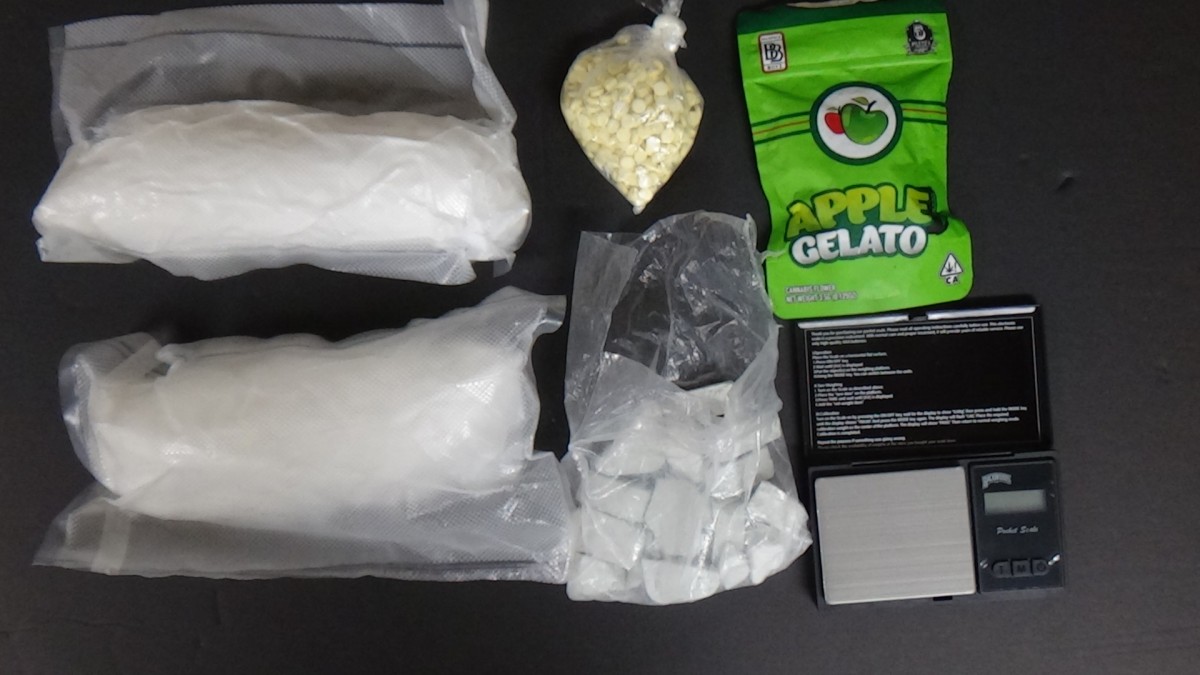 Morgan was in possession of 181 grams of Fentanyl, 955 grams of Methamphetamine, 405 Oxycodone Pills, 14 grams of marijuana and digital scales. The estimated street value of the found drugs is approximately $130,000.00.