NASA Reveals First-Ever Picture Of Exoplanet From James Webb Telescope | Eastern North Carolina Now | NASA‘s James Webb Space Telescope has captured the first direct image of an exoplanet — a planet beyond our solar system — in another first for the new space project.

Published: Tuesday, September 20th, 2022 @ 3:59 am
By: Daily Wire   ( More Entries )
Publisher's Note: This post appears here courtesy of the The Daily Wire. The author of this post is Dillon Burroughs. 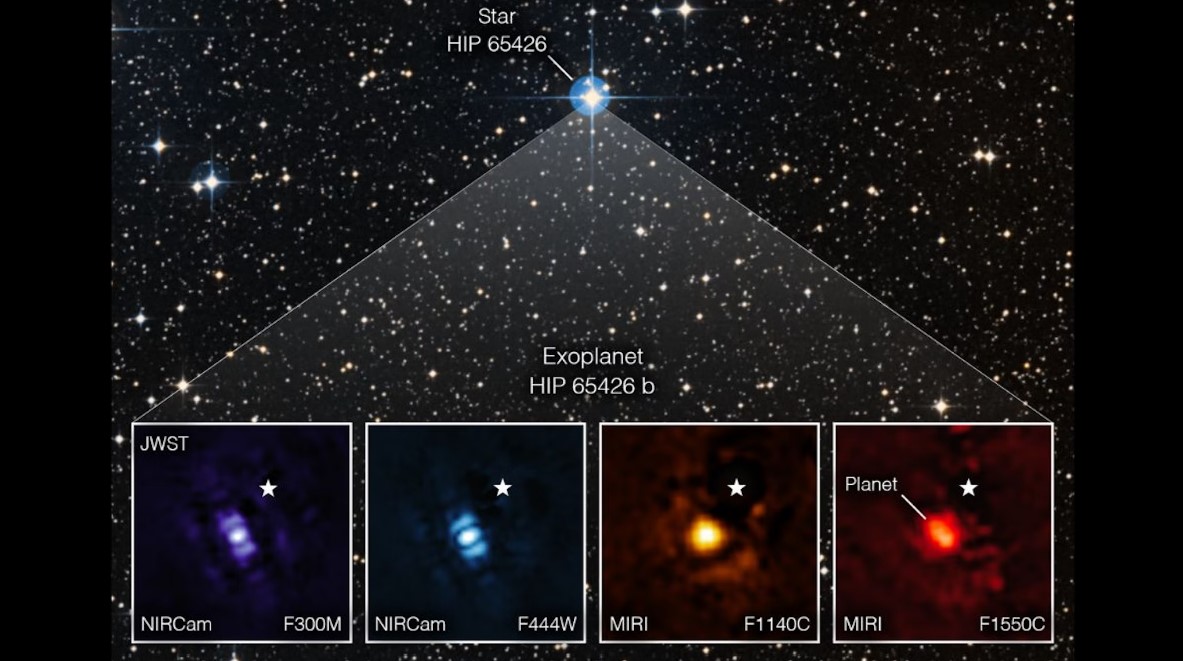 NASA's James Webb Space Telescope has captured the first direct image of an exoplanet - a planet beyond our solar system - in another first for the new space project.

The image was released on Thursday by NASA with four different light filters.

"This is a transformative moment, not only for Webb but also for astronomy generally," said Sasha Hinkley, associate professor of physics and astronomy at the University of Exeter in the United Kingdom, who led these observations with a large international collaboration.

Talk about out of this world! This is Webb's first direct image of a planet outside of our solar system, and it hints at Webb's future possibilities for studying distant worlds: https://t.co/ITcl6RItLaNot what you expected? Let's walk through the details👇 pic.twitter.com/bCgzW0dcUE


The planet had been previously discovered in 2017 but had never been directly photographed, according to the Webb Telescope's Twitter post.

"Though Webb can potentially discover new planets, this one was found in 2017 using the SPHERE instrument on the European Southern Observatory's Very Large Telescope in Chile. Above Earth's atmosphere, Webb can see details of this planet that ground-based telescopes cannot," it stated.

Another post noted described the distance of the image by explaining that it would take NASA's Voyager 73,000 years to reach the exoplanet.

The various views provided by NASA illustrate the image at different wavelengths of infrared light. The white star in the smaller images indicates the location of the planet's host star.

NASA claims the newly photographed planet, labeled HIP 65426 b, is about 6-12 times the mass of Jupiter. "It is young as planets go - about 15 to 20 million years old, compared to our 4.5-billion-year-old Earth."

The latest photograph follows new images released Monday by NASA and the European Space Agency (ESA) that offer a stunning look at the Phantom Galaxy, M74, which is about 32 million light-years from Earth.

The July photos were presented along with new information regarding observations of tremendous interest to the scientific community. The images are part of a larger research project to chart 19 star-forming galaxies in the effort to study early star formation.

The Webb Telescope is expected to operate for at least five years, with a goal of sending data for up to a decade. Its location is one million miles from Earth (1.5 million kilometers), according to the telescope's website.

At just 21.7 feet wide (6.6 meters), the relatively small device is making a giant impact through each image it communicates to Earth, offering glimpses of the universe previously never seen.

The Daily Wire previously reported the release of the James Webb Telescope's first pictures in July.

The five cosmic objects targeted by the Webb Telescope included the Carina Nebula, roughly 7,600 light-years away; the exoplanet WASP-96 b (spectrum); the Southern Ring Nebula, roughly 2,000 light years away from Earth; Stephan's Quintet in the constellation Pegasus, about 290 million light-years distant, and SMACS 0723.
Go Back