Grass Roots North Carolina (GRNC) is taking aim at Sen. Kay Hagan for here tepid support of the Second Amendment. We recently published an article that asks "So where does Sen. Kay Hagan stand on gun control?" The article received over 27,000 view in two days. Obviously there are many people in North Carolina interested in how effectively Sen. Hagan is going to be in fighting to protect our Second Amendment rights. GRNC says:

Thousands of GRNC members have recently received a form letter from Sen. Kay Hagan (D-GRNC) in response to concerns about the Obama/Biden/Feinstein anti-gun attack that is currently underway in Washington, DC. 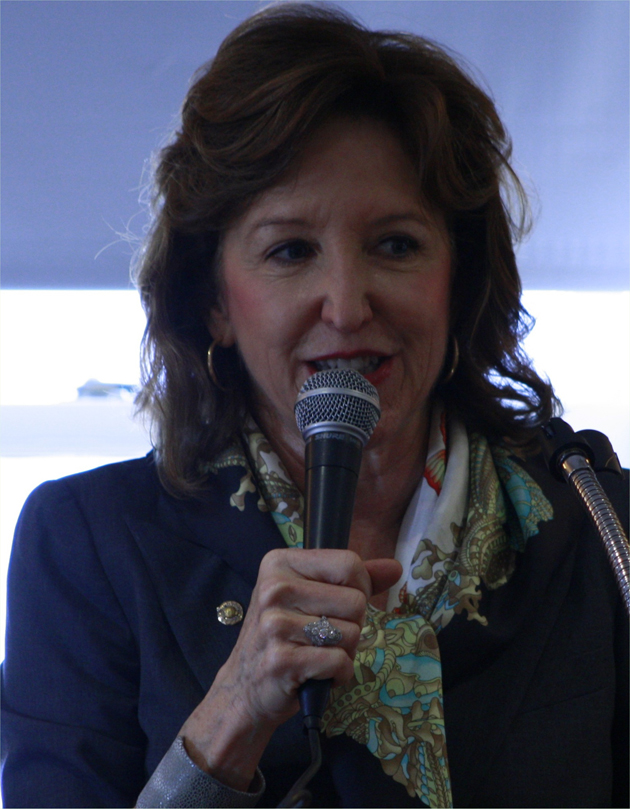 In a painful attempt to appear supportive of our rights without actually supporting them, she has succeeded only in making it clear that her position needs significant correction. She writes, "it is important that we not unnecessarily infringe on the legitimate Second Amendment rights of responsible gun owners."

The Senator apparently does not appreciate that government cannot infringe upon fundamental liberties whether it is deemed "necessary" or not. It is also troubling to note she believes there are "legitimate" Second Amendment rights, which of course implies that some "illegitimate" ones also exist. Which ones are these?

She completes a trifecta of Second Amendment misunderstanding by raising her family's "long tradition of hunting". Grandpa's side-by-side shotgun isn't of much use against tyranny, is it?

Sen. Hagan's prior votes have earned her a GRNC "one star" evaluation, consistent with voting with gun owners 62% of the time. This is not a person we can be confident about protecting our interests in the largest battle to maintain gun rights in a generation. Hagan needs an attitude adjustment, and needs it now!

As we pointed out in our original article the thing that is most distressing to us about Sen. Hagan's position is that she views the Second Amendment in the context of protecting our right to hunt. She talks about the hunters in her family. But as we've said over and over again here, the reason the Second Amendment was put in the Bill of Rights is that it guarantees the right of Americans to defend themselves against the tyranny of the Federal government. The Second Amendment is the operative part of our government being one that derives its powers from the will of the People and when the People come to believe that government not longer has the consent of the governed the People have a right to change that government. Perhaps Sen. Hagan needs to read the Declaration of Independence.

We call upon Sen. Hagan to step up and take a strong position in support of the Second Amendment. Nothing less will suffice. We think she should put the White House and Senate leadership on notice that she will not support any of the infringements announced by President Obama yesterday. The clock is ticking Sen. Hagan.

Meanwhile, a coalition of Second Amendment groups has come out in strong opposition to Obama's proposals: In a statement released today (1-17-13) they said:

'National Coalition to Stop the Gun Ban' opposes all measures

In response, the National Coalition to Stop the Gun Ban - comprising thirty-six (36) participating state and national organizations and still growing - has unified to defeat federal gun control legislation including, but not limited to, current proposals.

The Coalition is not "the gun lobby." We do not represent gun manufacturers, nor are we controlled by the NRA. Most Coalition leaders don't even earn incomes from the organizations they direct. Instead, the Coalition represents what politicians should fear most: An organized grass roots movement to defend the Second Amendment and unseat those who would undermine American freedom.

"usurpation: ...the unlawful or violent seizure of a throne, power, etc." - Webster's Dictionary

Both Attorney General Eric Holder and Vice President Joe Biden have said the administration is weighing "executive action" to implement gun registration and licensing beyond even the ban on semi-automatic firearms proposed by Senator Dianne Feinstein and others. Today, Barack Obama issued twenty-three (23) executive orders, apparently to begin that process.

When the National Firearms Act passed in 1934, Congress still understood that it didn't have the power under Article I, Section 8 of the Constitution to regulate Title II weapons, so it imposed a tax - an exorbitant tax, perhaps, but still a tax. Since then, however, overbroad interpretations of its power to regulate "interstate commerce" have become the norm, and Congress now feels free to legislate on firearms.

Apparently, however, even congressional usurpation of power is no longer sufficient: What Obama threatens clearly violates Article I, Section 1 of the Constitution, which says:

"All legislative powers herein granted shall be vested in a Congress of the United States, which shall consist of a Senate and a House of Representatives."

If executive orders are used to circumvent Congress and force gun control on the American people, Coalition members will not only fight those unconstitutional laws in our courts, but will actively advocate the impeachment of any president who would so blatantly abuse his power.

Rather than issuing executive orders with which law-abiding Americans will refuse to comply, this President should acknowledge the thousands of people whose deaths resulted from implementation of the federal Gun Free" School Zones Act of 1996 - after which school killings increased by fivefold.

The Coalition will not 'compromise' on this issue

As gun ban advocates define it, "compromise" is a process in which the American people lose slightly less freedom than under their original proposal. Consequently, Coalition members will not accept "compromise," and will not settle for "the best we can get." Nothing less than the demise of current proposals will suffice.

Politicians will find no quarter

Any politician who supports such measures will be targeted for defeat via coordinated action by Coalition members. They will be subject to picketing, leaflet drops at events in their districts, phone and mail campaigns, and political action committee opposition. Neither party affiliation nor NRA ratings and endorsements will have any impact on Coalition actions.

Right now, Coalition leaders are contacting their members, directing emails and phone calls to Congressional delegations and galvanizing supporters. In this most egregious attack on American freedom, we will prevail.

The National Coalition to Stop the Gun Ban
Go Back