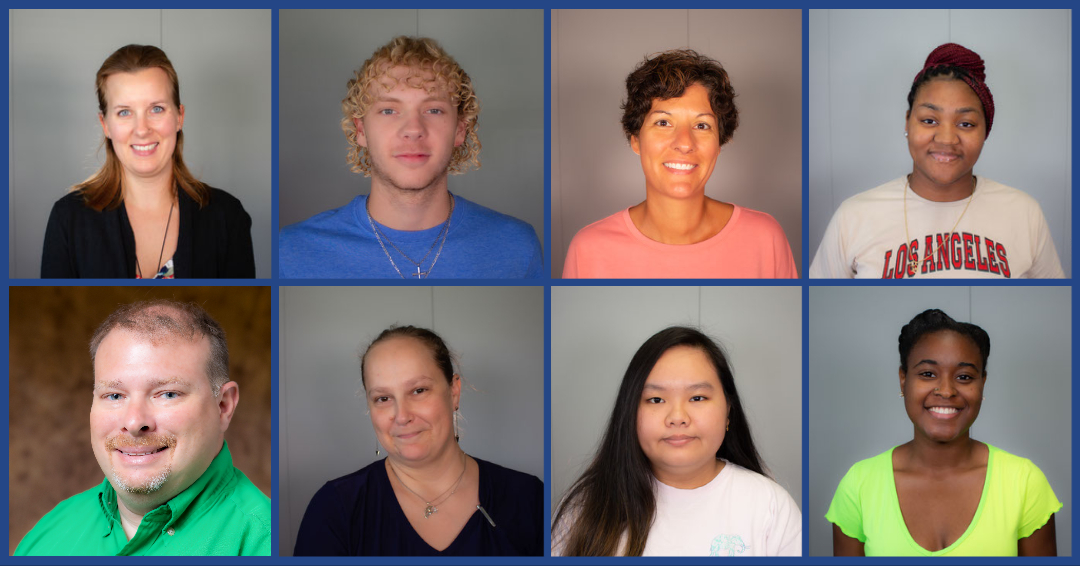 The Beaufort County Community College Foundation is proud to announce these scholarship recipients for the Fall 2022 semester. Registration is open for Spring 2023 courses starting in January and traditional students have a chance to win $1000 in bookstore credits if they register during the Early Registration period ending on November 30. This will be the final semester of the Beaufort Promise in its current form. Qualified students from Beaufort, Hyde, Tyrrell, and Washington Counties can still receive free tuition and fees beyond 2023. All students can apply for Pell Grants and scholarships by filling out a FAFSA.

Brandy Bowie, 32, received the Clarence & Mildred Hollowell Scholarship. The Bethel resident is working toward her Associate Degree in Nursing. Bowie is the daughter of Becky and Joe Santamaria and the wife of Derek Bowie of Bethel. She attended Deposit Central High School in New York and plans to become a flight nurse. Bowie currently works at Vidant East Care as a flight paramedic. She has one child.

Clarence Hollowell, Jr. created this endowment to honor and memorialize his parents, Clarence and Mildred Hollowell. Mr. Hollowell, who died in 1979, was a native of Belhaven and a career Coast Guardsman. He and his wife, Mildred, raised six children in Belhaven. The scholarship assists BCCC nursing students who live in or near Belhaven.

Established in 2021 by Reverend Robert Burns Cayton and wife, Debra Rose, and Darrell Cayton, Sr. and wife, Peggy, and Carl Cayton, Sr, and wife, Annette, this scholarship is in loving memory of Robert Browning and Rowena Hollowell Cayton. The scholarship is awarded to an agricultural degree seeking student of Beaufort County Community College who shows demonstrated financial need and academic promise. The student must exhibit and maintain at least a 2.0 GPA to qualify for this scholarship.

Angela Flowers, 44, received the WoodmenLife 623 Scholarship. The Washington resident is part of the business administration program. Flowers is the daughter of Perfecto and Sue Martinez of Colorado and the wife of Ronnie "RM" Flowers of Washington. Flowers attended Plymouth High School, and she is the mother of two. She currently works at the Washington Police Department as an evidence specialist. Flowers plans to retire in six years and get a career in human resources.

Alicia Foreman, 19, received the James Franklin & Hannah Bagwell Scholarship. The Windsor resident is part of the information technology-web software development program. Foreman attended Bertie High School and plans to transfer to Winston-Salem State University. She is the daughter of Shelly and Stacy Foreman. Foreman currently works at Belk as a retail/sales associate.

James Hood, 42, received the Thomas Minges Pepsi Cola Scholarship. The Winterville resident is working toward his Associate in Applied Science in Information Technology-Information Systems Technology track. He attended North Lenoir High school, and he is the spouse of Ashley Hood of Winterville. He has three children, and he currently works at the North Carolina Office of Emergency Medical Services as a system data coordinator. He plans to continue to further his education and give back to the state.

Two Thomas Minges/Pepsi Cola Scholarships are provided annually to qualified students who are enrolled full time and a resident of a qualifying county. Recipients may also be high school students entering college in the fall semester. Students must exhibit academic achievement with a GPA average of 3.0 or better and special awards, job experiences and community activities are considered for final award.

Bonnie Layman, 40, received the Lucy Burgess Scholarship. The Washington resident is working toward her Associate in Applied Science in Human Services Technology. Layman is the daughter of Michael and Sandra Rinker of Washington and the wife of Josh Layman of Washington. She attended Washington High School. Bowie plans to go into social work.

Established in 1996 as a memorial to Lucy W. Burgess, a former resident of Beaufort County and long-term employee of the NC Department of Social Services, this annual scholarship is awarded to a student with an academic promise. The recipient must have some work experience, be committed to getting an education, and have a GPA of 2.5 or higher.

Sha'Quandra Purvis, 26, received the Myrtle Cutler Jones Scholarship. The Washington resident is working toward her Associate Degree in Nursing. Purvis currently has her Bachelor of Science in Psychology. She currently works at BCCC as a peer tutor.