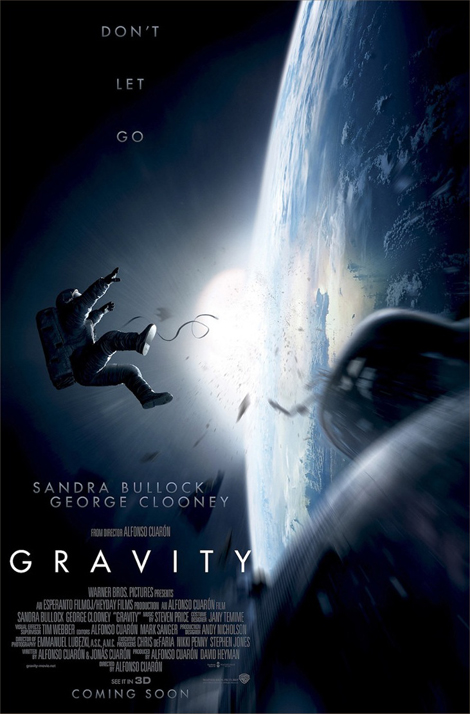 here on Earth, enveloped by our most hospitable atmosphere, is just one's plight to not do anything stupid. Orbiting our 'Little Blue Jewel' with temperatures as low as 146 degrees below zero, with no breathable oxygen, one must have a workable plan to stay alive.

With NASA in charge of astronauts' structured existence, their very transitory ecosystem, they have an excellent opportunity to continue functioning as a life form. When all the good efforts of NASA go spontaneously awry, sustaining life in outer space becomes an effort of incredible proportions. One that can never have a happy ending for all, not without a good deal of luck, similar to the good fortunes of Apollo 13. The realty of the dangers of space travel has been all too real with the Apollo 1 disaster in 1967, then the twin Shuttle disasters: Challenger in 1986, and Discovery in 2003. In each disaster all on board perished. In this film, there is not so much luck either for the humans abroad in outer space.

Director /Screenwriter Alfonso Cuarón's "Gravity" initially deals with another, one of the many, routine orbiting missions, where the prime objective, among multiple objectives, is to reconfigure and repair the essential Hubble telescope /imaging satellite. Near the conclusion of the astronauts' week plus mission, an unforeseen random event is put into motion whereupon the last day on the Explorer shuttle, these space participants know a second prime objective - stay alive. 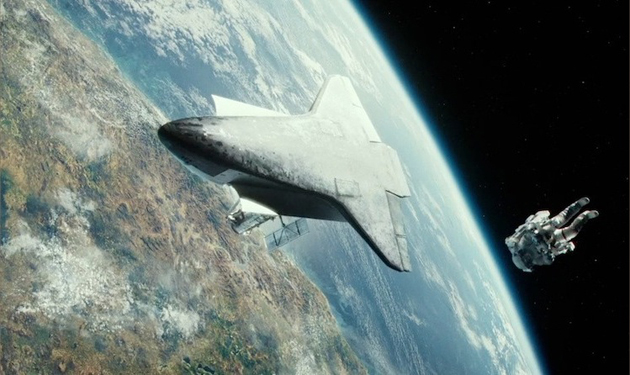 The Shuttle Explorer basking in Earth's grand beauty, while Explorer Captain Matt Kowalski, George Clooney, soaks it all in one last time: Above and then below.     Click image to expand. 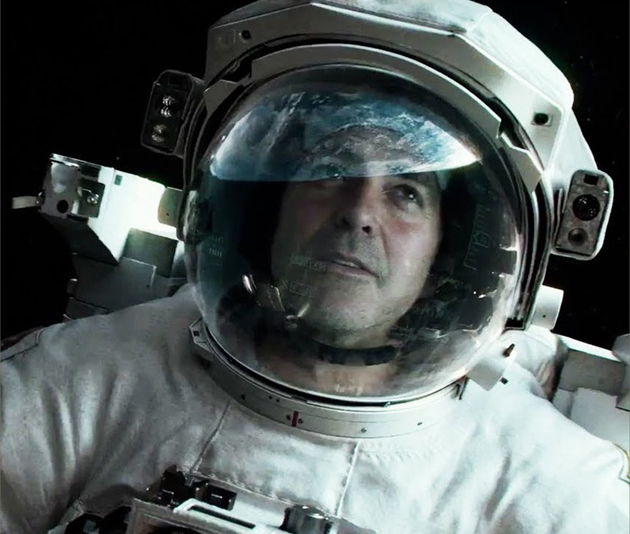 The film begins with the astronauts, especially the two we significantly meet: Researcher Ryan Stone, played by ECU Alum Sandra Bullock, and Explorer Captain Matt Kowalski, played by George Clooney. We meet Kowalski flying about with a prototype jet pack system strapped to his back, while trying to break the 'Space Walk' record, and Mission Specialist Stone tethered to the Hubble Telescope, which was her prescribed mission to correct the satellite, or enhance its capabilities. 'Houston' (Mission Control), represented by the voice of Actor Ed Harris, is faintly corresponding with Mission Leader Kowalski, coming in clearer as Kowalski jets closer to the center of the action, the Shuttle Explorer.

The Earth is resplendently beautiful in all its natural colors, the most excellent celestial body in all of the immediate heavens. America's astronauts are busying themselves to the limits of their capabilities to fully capitalize on one of our greatest federal expenses - the national exploration of space - when Mission Control crackles over their radio frequency:

Mission Control: "Explorer, this is Houston."

Matt Kowalski: "Explorer, this is Kowalski confirming visual contact with debris. Debris is from a BSE sat. Repeat..." 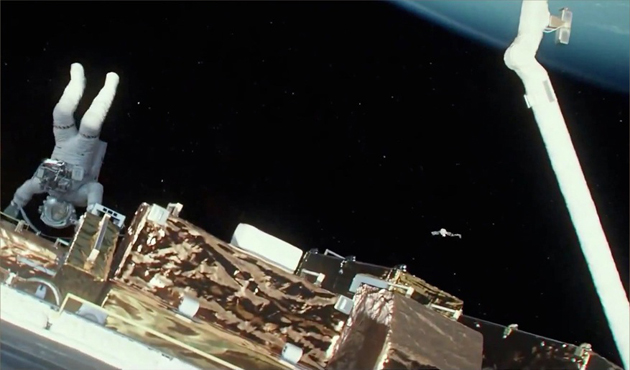 The Hubble Satellite attached to the Shuttle Explorer just before impact: Above. The Soyuz space station struck, damaged, but can the escape pod be made to fly? Below.     Click image to expand. 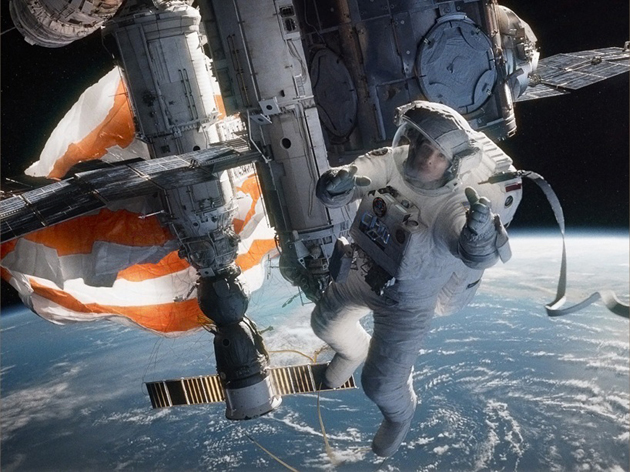 What had randomly transpired was that the Russians had arbitrarily fired an ICBM into one of its spy satellites, which sent its spreading debris field immediately hurtling through orbital space at a speed that was significantly faster than orbiting speed, which caused the debris to collide with other satellites in its orbital path. The intolerable presence of this destructive force here was two fold in its ominous danger: the debris field did grow, and continued at that excessive speed, as other satellites, many of them communication /transmission satellites, were torn to bits and absorbed by the debris field; the Shuttle Explorer was in the direct path of the expanded flying debris, and would continue to be so as the debris continued to travel at a speed that would commit its re-collision with anything within its expanding path every 90 minutes.

Matt Kowalski: "Half of North America just lost their Facebook."
Go Back