A Sorting Hat for Politics | Beaufort County Now | Without labels, political conversation would be difficult to sustain.

A Sorting Hat for Politics 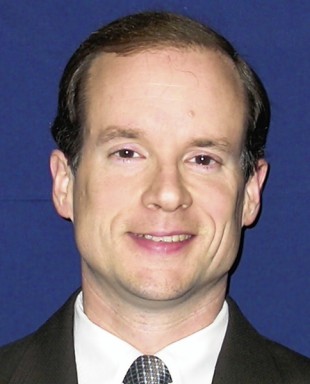 RALEIGH     Political labels are necessary. They are also problematic.
Without labels, political conversation would be difficult to sustain. Debate flows from disagreement. On any given proposal for government to do something, some of us say yes. Others say no. Strictly speaking, these aren't answers. They are categories of answers. Those who say yes may still disagree about how and how much to do it. Those who say no may disagree about why, as well as about what to do instead.

When I label someone a fiscal conservative, for example, what I mean is that they are more likely than not to oppose tax increases and to support smaller, balanced budgets. Fiscal liberals, on the other hand, tend to believe that government is too small to achieve critical goals and are willing to support higher taxes (settling the bill today) or government borrowing (settling the bill tomorrow) to fund additional expenditures.

While such labels describe real differences and establish a common frame of reference so we can have meaningful debates, they are problematic, too. In the real world, voters vary far more than can be fully described in binary terms such as liberal/conservative or Democratic/Republican.

For more in-depth explorations of political difference, I have long preferred systems that identify four, five, or more groups. In American politics, at least, these groups certainly form competing coalitions to contest for electoral power or advance legislative initiatives. But that doesn't mean that the term "Democrat" tells us everything we might want to know about people who identify with that party. Ditto for "Republican."

One of my favorite systems is the political typology produced by the Pew Research Center, a survey organization that began life in the 1980s as the polling unit of the Times-Mirror newspaper chain. Every few years, its researchers use a sophisticated set of national polls to identify clusters of political opinions. The process produces between eight and 11 separate categories of Americans, which have changed over the years in response to events, personalities, and policy outcomes. I've used the typology numerous times in past columns, and employ it every year in my political-differences seminar for the Morris Fellowship for Emerging Leaders.

Pew has just come out with the latest version of the typology. I recommend that you follow this link to take the quiz. It's kind of like the Sorting Hat of the system. Once you know what political house you're in, the following discussion will make more sense to you.

The 2014 typology identifies seven voting groups and an eighth group, Bystanders, who don't vote. There are two reliably Republican groups, Steadfast Conservatives and Business Conservatives, as well as a Republican-leaning group, Young Outsiders. Past typologies have used the terms Moralists, Enterprisers, and Libertarians to describe similar voting groups, labels which may better capture the differences in ideology and emphasis. According to Pew surveys, these groups collectively make up about 42 percent of registered voters.

On the Democratic side, one group — Solid Liberals — forms the core of the party base. Add in the Faith and Family Left (who are, generally speaking, liberal on economics but conservative on social issues) and the New Generation Left (who are socially liberal but more centrist on economics), and you have 46 percent of registered voters.

The final voting group, Hard Pressed Skeptics, is relatively older, relatively downscale, and suspicious of large institutions of any kind — corporations, labor unions, media companies, or governments. They voted for Obama in 2008 and 2012, helping create his solid electoral majorities, but in the past they split their votes or even sided with Republicans, particularly during midterm election cycles.

The three core groups — Steadfast Conservatives, Business Conservatives, and Solid Liberals — are more reliable voters than the others. Among Americans who are politically engaged rather than just registered to vote, the three Republican groups make up 47 percent of the total and the four Democratic-leaning groups (including the Skeptics) make up 53 percent. That almost precisely mirrors the Obama-Romney results in 2012. However, when I applied same turnout differential to Pew's current generic ballot test for the 2014 congressional elections, it suggested that Republicans currently enjoy as much as an eight-point edge in likely voters.

Guessing at electoral outcomes isn't the main purpose of the Pew Center typology, however. It's a key for unlocking the subtleties and complexities of political behavior. Open the door and take a peek.
Go Back