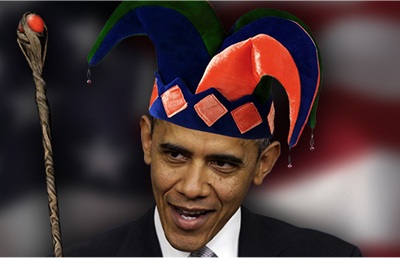 It was also fine day for radical Islam, Fundamentalist Islam, Shariah Law, bigots and racists of all stripes 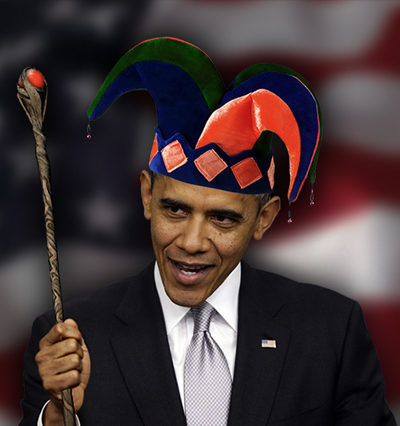 Amateur Obama has made his mark once again, setting new lows in negotiating prowess. Some believe that the Bowe Bergdahl swap was his nadir in negotiating through situations of grave importance, and then The Amateur struggles forward to yet a more impressive posture as the man selling a story about nothing.

He could have been a writer for Seinfeld, had Jerry and Larry David have only known of his most unremarkable talents. I do know that America, the Middle East, and the world would have been far better off had a younger Barack Hussein been discovered and chosen a truer career path.

Instead, The Amateur has, once again, taken to negotiations to deliver his nothingness of an administration to some false platitude that is acceptable to low information people, his core electorate. This low information electorate prefers to be fooled by Amateur Obama's false narratives regarding their special issues, which are merely a frivolous frailty of collective thought compared to the real issues of today - survival.

The low information electorate, whose core issues range from: the 'Save the Planet' above all costs banality, to the insipid 'Republican War on Women', to the sophistic 'Conversation on American Racism' can not fathom real evil, real racism, and real destruction of the planet for Mankind. These real issues are just far outside of their intellectual wheelhouse because they prefer to not pay any real attention to the real issues of a sustained Republic in these most perilous times.

If the Obama electorate truly understood the depth of evil within our enemy, the Iranian Theocracy of Terror, Hussein Obama and his secretary of state, John "Stoneface" Kerry, would not get to 'first base' in representing the better deal for Terrorist Iran. If these core Democrat voters were collectively smarter: Would The Amateur Administration have negotiated a deal where Iran would eventually acquire a nuclear warhead, while not recognizing Israel's right to exist, while Iran's supreme Theocratic Leader Ayatollah Ali Khamenei publicly decried: "Death to America"?

Probably not, then again, if these 'low information voters' were smarter Americans, the Community Organizer would have never been elected anyway. Somewhere, as the American Republic teeters on the brink of extinction, the spirit of Xerxes is laughing his hegemonic ass off.

And ... A nuclear radical Islamic theocracy, and proliferation toward a nuclear Middle East is a very bad thing.

poll#72
Now that the Obama Administration has struck a preliminary nuclear enrichment bargain, outside of the purview of congress, with the rouge nation of Iran: What is your position on the matter?
0%   Our president is so wise to negotiate in a manner that keeps Iran comfortable.
98.28%   The Obama Administration has made the Middle East and the World less safe by the poorer bargain.
1.72%   I don't care about anything outside of what I can easily understand.
116 total vote(s)     Voting has Ended!
Go Back