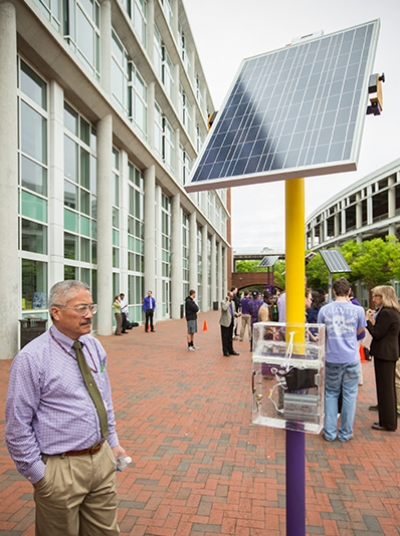 Dr. Robert Chin, a professor in technology systems, examines a solar charging station designed by one of the student groups.
About two dozen East Carolina University students have designed a potential fix for dying cell phones and other mobile devices on campus: solar-powered charging stations.

Five student teams from a thermal and fluid systems class in the industrial engineering technology program in the Department of Technology Systems recently built portable prototypes with solar panels to capture sunlight as an energy source.

The stations would provide a convenient place to charge cell phones and tablets without the need for a traditional electrical outlet. If funded, the idea eventually could become a campus amenity.

For instance, if someone tailgating at Dowdy-Ficklen Stadium or waiting for an ECU Transit bus had a phone with a low battery, they could plug it into a solar charging station and fully charge the phone in about 25 minutes, said Ranjeet Agarwala, technology systems instructor in the College of Engineering and Technology.

"When you're in plant engineering positions, you have to solve problems," Agarwala said.

"As we went through the project, we had to tweak it," said sophomore Hunter Hawkins. "I like the effectiveness and efficiency of ours."

The students spent five weeks designing and building their stations. Most of the work was done during lab hours, but some pulled all-nighters with last-minute painting and fine-tuning before the unveiling April 15. 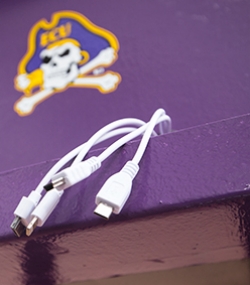 The charging stations would provide a convenient opportunity to charge a number of mobile devices.
"I didn't go to sleep last night because we were working so hard," said Vaughn Logan, a junior from Charlotte. Logan's group developed the "Pirate Nation Charging Station," a tall rectangular-shaped box topped with a 100-watt solar panel.

"What's awesome is it's on wheels, so we can move it anywhere," Logan said.

Sandy Jalal, a sophomore from Wilson studying architectural design, said she got good advice from her brother when she began working on the project. "He said 'everything connects to something else,' " she said. "The whole thing is the body and the solar panel is like the brain."

Her group had trouble developing an overall structure for the station, until team member Jesus Lucena, a senior from Tarboro, came up with the final design. "He did it and he pushed us to finish," Jalal said.

"Every design was unique," Agarwala said. "Hopefully, the best features of each design will be integrated and an ideal design will get deployed on campus."

The projects were sponsored by the college's Center for Innovation and Technology Education, or CITE, which pairs ECU faculty members with area industry to provide workforce training and support. 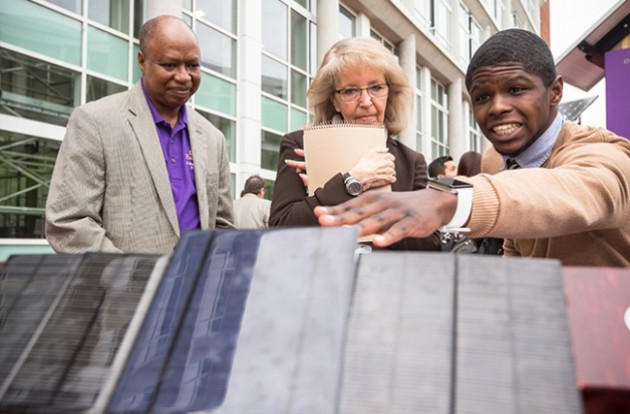 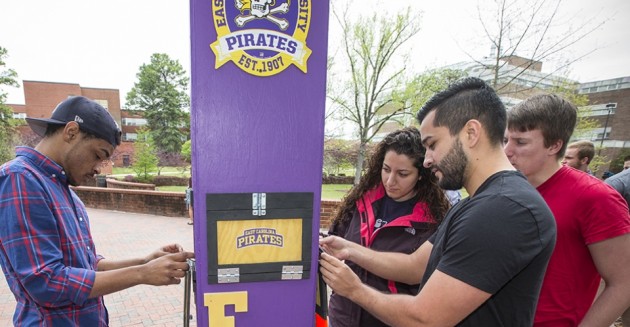