Bad Bill Of The Week: More Government Meddling In The Workplace | Beaufort County Now | In a free society, employers and employees voluntarily agree to the terms of their relationship. Unfortunately, government has for generations forcibly inserted itself into that relationship with various mandates and restrictions. Minimum wage laws, workplace requirements, and mandatory government u | Civitas,Brian Balfour,Bad Bill of the Week,Caregivers,Rena Turner,Craig Meyer,employers,House Bill 816,parents,children

Bad Bill Of The Week: More Government Meddling In The Workplace

Published: Saturday, May 2nd, 2015 @ 4:25 pm
By: Civitas Insitute   ( More Entries )
Publisher's note: This post, by Brian Balfour, was originally published in the Bad Bill of the Week section of Civitas's online edition. 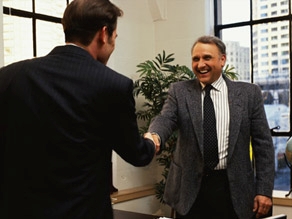 In a free society, employers and employees voluntarily agree to the terms of their relationship. Unfortunately, government has for generations forcibly inserted itself into that relationship with various mandates and restrictions. Minimum wage laws, workplace requirements, and mandatory government unemployment insurance programs come to mind for starters.

House Bill 816, Labor/Provide Relief for Caregivers, would further inject government into the employer/employee agreement. Sponsored by Rena Turner (R-Iredell) and Craig Meyer (D-Orange), this bill would expand on a little-known existing law that requires employers to grant up to four hours of leave annually for parents of school-aged children to "attend or otherwise be involved at (their) child's school."

HB 816 would require employers to also grant employees up to four hours unpaid leave annually for the purpose of "short-term caregiving responsibilities for immediate family members."

Currently, there is nothing stopping employers from granting employees time off to care for sick family members. But that should be a decision between the employer and employee, and none of the government's business.

Indeed, a workplace that denies requests for a few hours off to care for a sick family member should likely reevaluate how it treats its employees. But there is no place for the ruling class to stick its nose into that relationship.

Moreover, four hours of leave over the course of a year appears to be an arbitrary and insignificant number to write into law. Why not ten hours, twenty, a hundred?

Far better to allow each individual company to develop their own policies for paid and unpaid leave and allow employees to decide what is acceptable.

Perhaps most significant in the bill, however, is the provision stating that "An employee who is demoted or discharged or who has had an adverse employment action taken against him or her in violation of this section may bring a civil action" against their employer.

Such a provision erodes the mutual at-will work relationship and opens the door to ridiculously frivolous lawsuits - tying up scarce court time and resources that could be put to better use.

Because it forcibly injects government into what should be voluntary, freely agreed upon work relationships, House Bill 816 is this week's Bad Bill of the Week.