Little Boy | Beaufort County Now | With the 'faith of a mustard seed', one may lose all vestiges of xenophobia.

World War II was an Experiment in Survival

And it was indeed a struggle to do so with most everyone's dignity still intact. 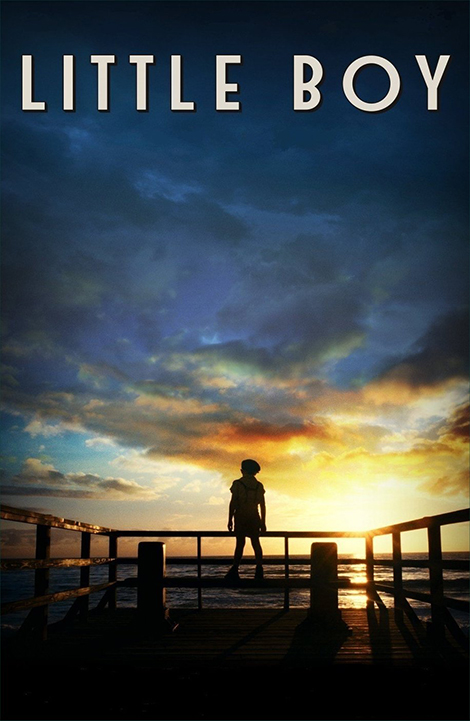 With the 'faith of a mustard seed', one may lose all vestiges of xenophobia. With the will to conquer adversity, a civilization may continue. Two competing precepts of essential truths provided within the simple film "Little Boy", and ... it worked.

Yes, the film worked, and it worked well in its 106 minutes, and now, I recommend it to you as a fantastic and heartwarming vignette of the real emotions of war laid bare on the table of the surreal. And what is war, if not the fertile soil of the surreal.

"Little Boy", merely, a tale set in that very time, in a place very much affected by the devastation of Pearl Harbor; a time that expresses this conundrum of how to treat the perceived enemy among these early 1940's northern Californians, real or imagined, and what is discovered as the tonic to recovery is the grown goodness of a little boy.

Essentially, at the core of this film is not so much the horror of World War II, or even the xenophobia inflicted upon an elderly Japanese naturalized American at the height of the conflict an ocean away; but, the love of a little boy for his good father sent to war, and the goodness that grows in his heart for the acceptance of others that deserve kindness ... and some that might not. In the end, when the tale is told, all is revealed of what is learned and what is lost, and in that, the film works as an uplifting vehicle of art. 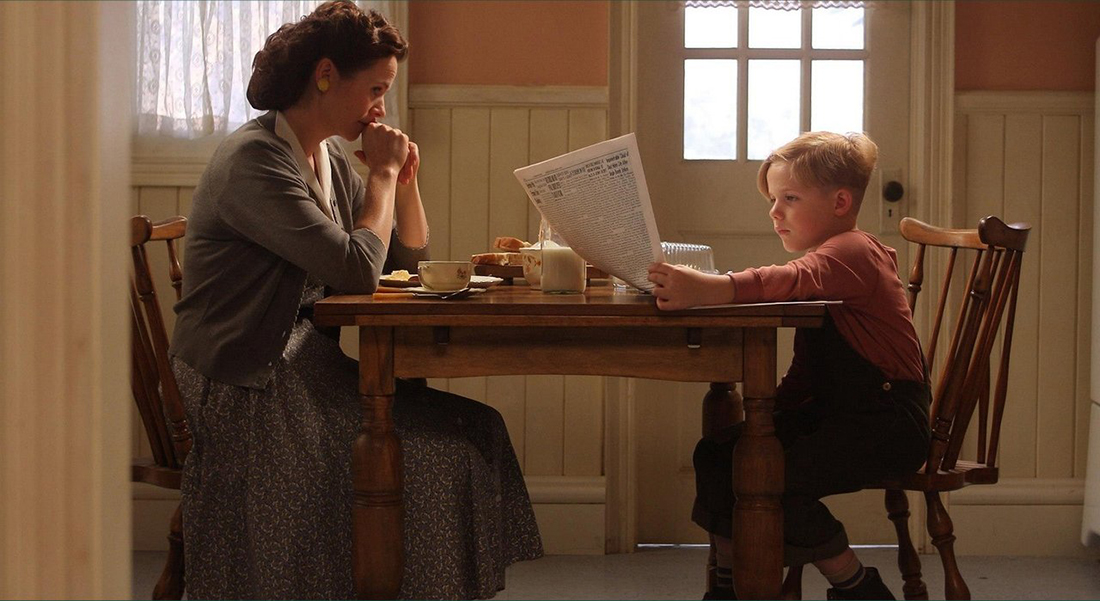 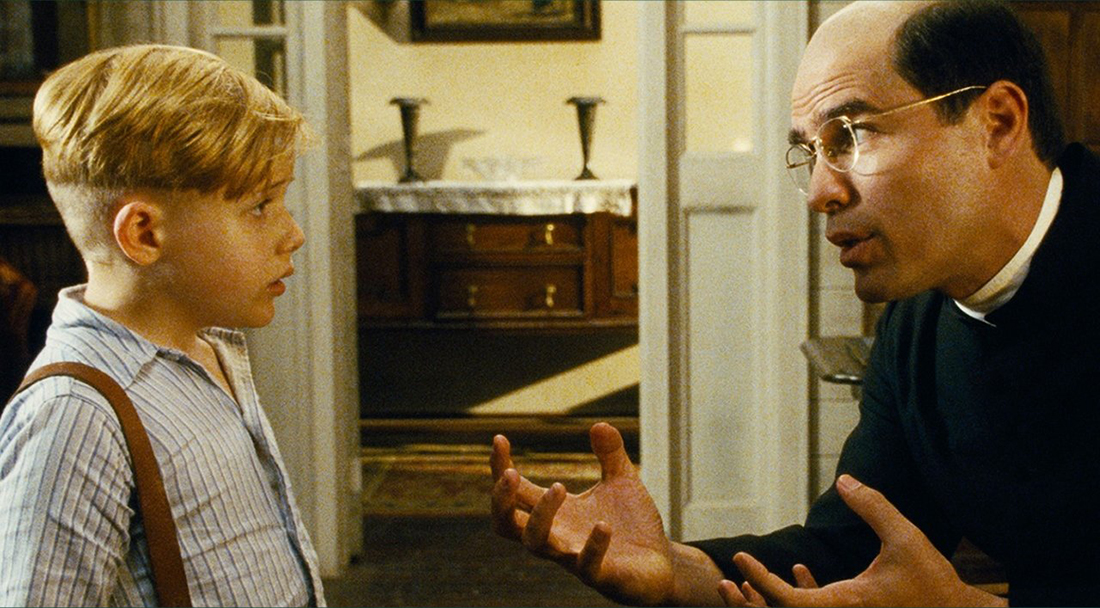 Little Boy is actually Pepper Flynt Busbee, played by Jakob Salvati, who is a small boy not growing, who has settled at about 39 inches in height, making him the cruel mockery of the town's bullies. They call him Midget; the rest of the town uses the far more kind vernacular of 'Little Boy'. His doting father, James Busbee, played by Michael Rapaport, has formed a strong, irrevocable bond, lovingly referring to the little fella as "Partner". When the father joins the Army, he is sent to fight in the Philippines, where America suffered its largest defeat of World War II, and is summarily captured by the Japanese Imperial Army. From that fateful day in 1942 until after the war's end in late 1945, the Busbee family suffers a desperate time of loss, which is well encapsulated in the essence of Little Boy, who expresses it the only way he knows how as protege of the comic book magician Ben Eagle, who he meets at a Saturday morning live show at his hometown theater. 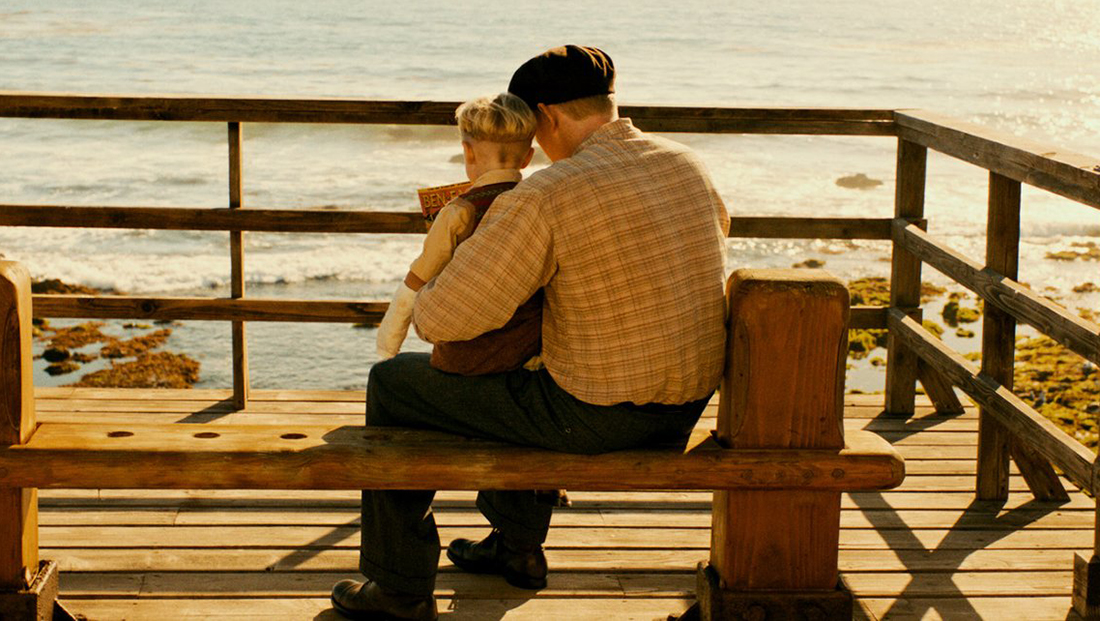 A father's embrace by the sea side - Little Boy (left), and father, James Busbee, played by Michael Rapaport: Above.     Click image to expand.

There on that local stage, Ben Eagle, played by Ben Chaplin, makes quiet an impression on the vulnerable Little Boy, and from that moment on, the little fella is given the first of a series of principles of hope to believe in, and belief is something little Boy takes very seriously. The Priest of the town Catholic Church, Father Oliver, played by venerable character actor Tom Wilkinson, senses this virtue in the distraught boy, and gives him a special list of kindnesses to complete as a penance to become deserving of a Christian miracle, chief among them is to befriend Hashimoto, played by Cary-Hiroyuki Tagawa, known unceremoniously around the seaside town as "Jap". 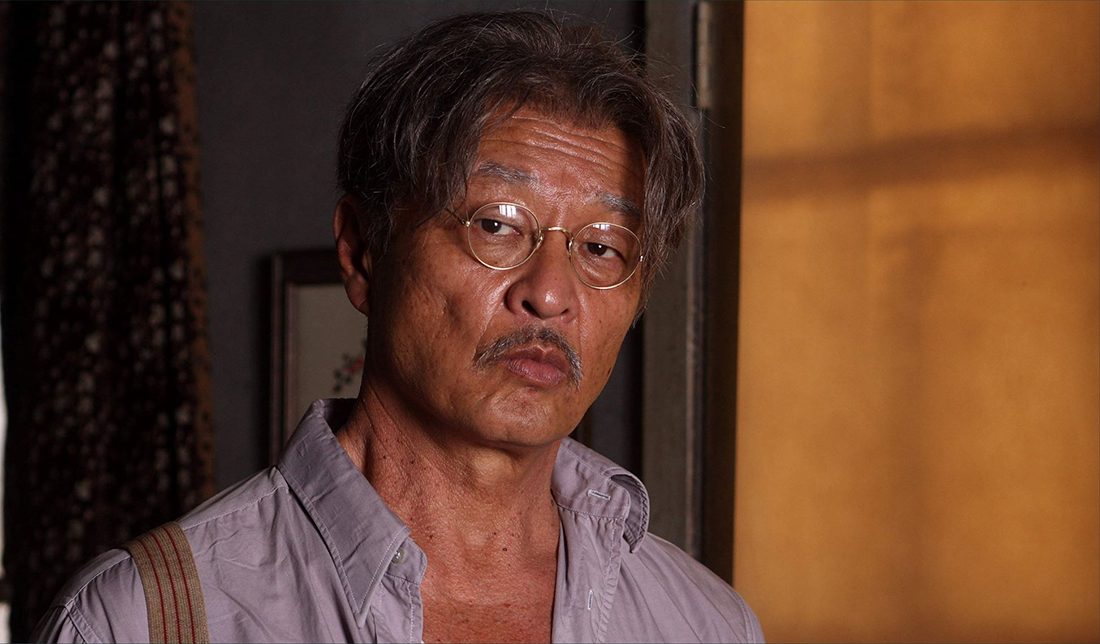 At the epicenter of the community's xenophobia is an elderly Japanese naturalized American Hashimoto, played by Cary-Hiroyuki Tagawa: Above. The brother to the good Little Boy is the spiritually failing London Busbee, played by David Henrie, a xenophobe searching for redemption: Below.     Click images to expand. 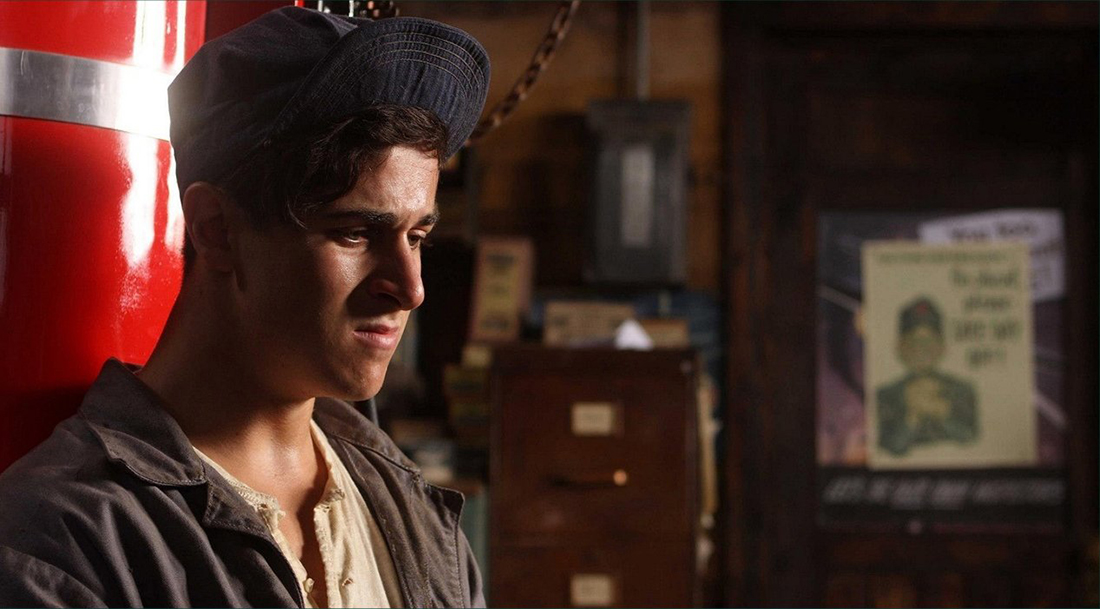 When asked of Mr. Hashimoto by Little Boy: "Why were you not sent to the internment camps," Mr. Hashimoto replied, "Because I have the face of the enemy," implying that his persecution would be local. And so it was, and so it might end, for the film was one built on hope and goodness of a community of people, who were essentially good; even Rockwellian as presented by filmmaker Alejandro Monteverde, who in one scene payed explicit homage to the great American illustrator, Norman Rockwell. Along with Pepe Portillo, Director Monteverde aided in this story's creation and fine screenplay.

Not only was the film well written, and well presented in direction, but the film was well acted by an ensemble cast, including those that I have failed to mention, they being: Kevin James as Dr. Fox, Te Levine as the malevolent Sam and Abraham Benrubi as the innocent Teacup. They: the players, the creators, the makers of images and all that the work that entails brought it all home, in a tight little package, to deliver an uplifting message of spiritual goodness triumphing over a world too often cold and unredemptive.