Screw quality and performance. Give us "Diversity." | Beaufort County Now | Lefties like to paint those of us on the right,who resist the dark side, as bigots. But they should take a good hard look at themselves. | Lefties, intolerance, Hillary Rodham fangirl, UNC-Chapel Hill, Roy Williams, North Carolina Department of Public Instruction

Screw quality and performance. Give us "Diversity."

Login to Send a Private Message to Brant Clifton
Publisher's note: Brant Clifton reminds us of the Democrat creed in his "bare knuckles" Conservative online publication known as The Daily Haymaker. 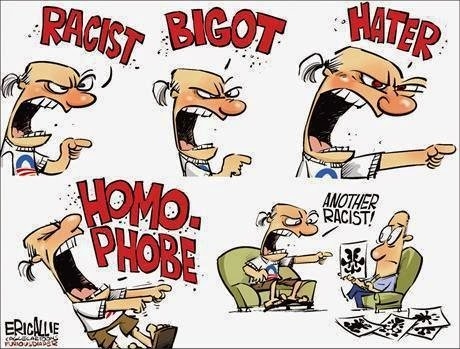 Lefties like to paint those of us on the right,who resist the dark side, as bigots. But they should take a good hard look at themselves. Ever notice how they stereotype all blacks, Hispanics and women as thinking and behaving alike? (Notwithstanding various and sundry OB-GYN related topics, WHAT IS a "women's issue"? For every Deborah Ross or Hillary Rodham fangirl, I run across tons of female fans of THIS site who are ideologically-aligned with me, or even TO MY RIGHT.)

The usual race and gender pimps on the left like to bandy about the word "diversity" to provide cover for their efforts to remove and replace political opposition from positions of influence. Lefties will holler over the lack of "diversity" in, say, certain Wake County schools, but are strangely and conspicuously silent on the matters of Bennett College or North Carolina A&T.

The student body at UNC-Chapel Hill is 63 percent white. Yet, only 4 of the 16 players (25 percent) on the men's basketball team are white. If we operate by lefty logic, somebody needs to round up about eight more jump-shooting white boys. *To jamake things "fair" and "diverse" and "representative," of course.*

But wait. I am SURE ol' Roy Williams picked those guys for his team because they were the best talent available to him. Talent and experience and qualifications don't matter to lefties. To them, it's all about anatomy and skin tone. The SAME THING they accuse us of being all about.

The North Carolina Department of Public Instruction - presided over by June "The Mummy" Atkinson and overwhelmingly populated with teacher union goons - has released a report to the state board of education (and, of course, their driveby buddies) badmouthing charter schools for their lack of,um, "diversity." Listen to this nonsense:

The proportion of African-American students is about the same across both types of schools. A little more than 8 percent of charter students are Hispanic, while enrollment at traditional schools is more than 16 percent Hispanic.

The state board sends a report on charters to the legislature each year, but this one comes as charter school enrollments are accelerating while growth of traditional public schools stagnates.school

Yep. Government school goons are trying to use the power of the bureaucracy to protect their turf. MORE:

[...] Charter enrollment increased quickly after the state lifted the 100-school cap in 2011. About 41,200 students were enrolled in charters then. Last fall, nearly 82,000 students enrolled in one of 158 schools, according to the report. Overall, traditional public schools were expected to add about 3,700 students this year.

Charter schools have a smaller proportion of low-income students, the report says. At charters last year, 36 percent of students were economically disadvantaged, compared with nearly 55 percent at traditional schools.

Where does this stop? Will we next compare the ratio of left- and right-handed public school students to those in charter schools?

To the left, diversity stops at one's epidermis. The appointment of Clarence Thomas to the US Supreme Court ensured continued black representation on the high court. But libs hated it. * Dark skin is great. But the thinking inside that skin needs to match that of Calypso Louie Farrakhan or Al Sharpton.* To them, there is no such thing as diversity of tpublic schoolhought. Libs love everybody - who thinks exactly like they do.

Charter schools don't cost anything to enroll in. If administrators at various campuses are purposely excluding certain groups from enrolling, that is a problem. But no one has offered proof of that.

Charters take our money away from the educrats and put it in the hands of semi-private groups to implement creative new methods for educating our kids. Government schools are a miserable failure that we keep throwing money at. Educrats are angry that their monopolistic control over our kids is being challenged. A little competition never hurt anyone.

The whole diversity game's true purpose is to keep America and its institutions and people watered down, dumbed down, and dependent on the welfare state. Allowing people to grow and succeed based on their talent and drive is unacceptable to the crowd that believes government is the answer.

Reports like this - showing charter schools regularly outperforming neighboring government schools - are an uncomfortable, painful reality for educrats and their comrades. If we find something that works, we ought to give it what it needs to keep growing and succeeding and GET OUT OF THE WAY,