Hillary Clinton's false narrative smashed by black top cop | Beaufort County Now | For years, the Left has smeared law enforcement officers as racists by claiming that black and other minority crime suspects are more likely to be shot by police. 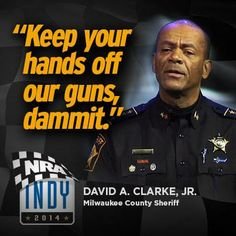 What surprises many conservatives - and angers many leftists - is the fact that Sheriff Clarke is a Democrat.
For years, the Left has smeared law enforcement officers as racists by claiming that black and other minority crime suspects are more likely to be shot by police. To hear many liberals tell it, police cruise around looking for minority kids to gun down for sport, according to a well-known black sheriff who has been angry with the treatment of law enforcement by the likes of leftist.

But now science has shown this leftist narrative to be a lie. A study was conducted at Washington State University using active duty police and highly realistic simulators that mimic dangerous scenarios officers encounter in the line of duty. The result? Police are significantly less likely to mistakenly shoot minority suspects, and took significantly longer to fire at armed black suspects than armed white suspects, according to Milwaukee, Wisconsin, County Sheriff David Clarke.

"While I'm happy to see my fellow law enforcement officers vindicated against this persistent liberal smear, there's also something very troubling about the results of this study. There are only two factors an officer should take into account when deciding whether to use their weapon against an armed suspect: his or her own safety and the safety of nearby civilians," noted Sheriff Clarke.

But the results of this study suggest that many officers' judgment in critical moments is affected by concerns of political correctness. In a life or death situation, law enforcement officers shouldn't have to second-guess themselves because of worries about how their actions will be judged after the fact by liberals looking to further a "cops are racists" narrative.

This past Sunday - May 25, 2016 - was the 25th annual Law Enforcement Memorial Day, honoring officers who have lost their lives in the line of duty. The results of this study show another way cops are more at risk because of liberal anti-cop smears.

Sixty percent (60%) of voters believe comments critical of the police by some politicians make it more dangerous for police officers to do their jobs. Only 17% believe most politicians raise racial issues to address real problems. Seventy percent (70%) think they talk about race and discrimination just to get elected. 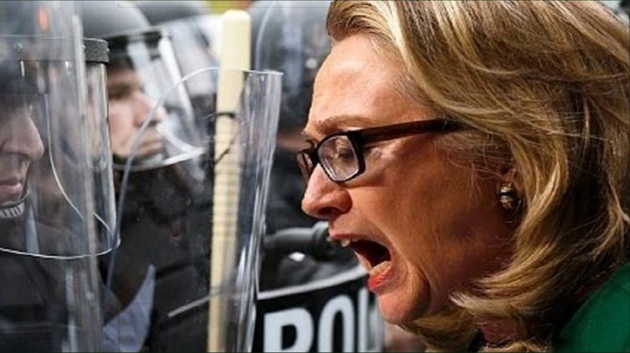 "From the time a black child learns to read, write and comprehend English, he or she is bombarded with news stories, motion pictures, magazine articles and novels telling them white people hate them or want to take away their freedoms or are keeping them down on the lower rungs of socio-economic ladder. Hell, I'd hate white people if I was constantly being told they want me poor or worse - dead," said former police officer Iris Aquino. "And the angry blacks know they can't get their hands on this nation's most powerful and wealthy, so they attack a symbol of American government: the police," she added.

As far as overall race relations, only 20% of likely voters believe President Obama has succeeded in bringing the races closer together, according to the Rasmussen Reports survey. Forty-seven percent (47%) say they believe President Obama - who is mixed-race - has caused greater division between different races. Twenty-seven percent (27%) say his words and actions have had no major impact either way.