Dr. Joseph G. Lee, assistant professor in the ECU College of Health and Human Performance, began working on the study as a doctoral student at the UNC Gillings School of Global Public Health. He joined ECU's faculty last fall. 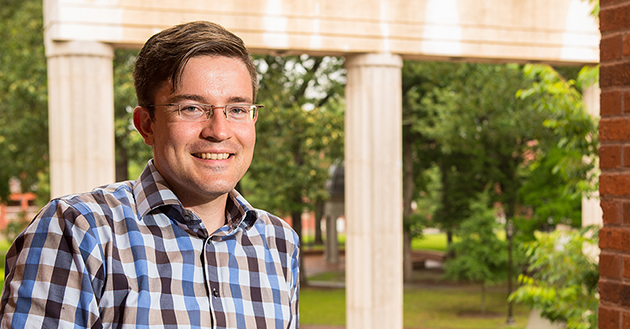 Dr. Joseph G. Lee, assistant professor in the College of Health and Human Performance, and colleagues at the University of North Carolina at Chapel Hill conducted research that shows support for raising the minimum age for people to purchase tobacco products. (Photos by Cliff Hollis, ECU News Services)


Lee and fellow researchers reported in the American Journal of Preventive Medicine on June 1 that a majority of adults support an increase in the legal age to purchase tobacco products in all regions of the country. They also found the most support for increasing the minimum age to 21 rather than 19 or 20. The legal age to buy tobacco products in North Carolina and most states is 18.

"Bringing the minimum age for tobacco purchase up to the minimum age for alcohol makes a lot of sense given that tobacco use remains a leading cause of premature death in the United States," Lee said. "The number of preventable deaths from tobacco each year in the U.S. is more than double the entire population of both Pitt County and Lenoir County." 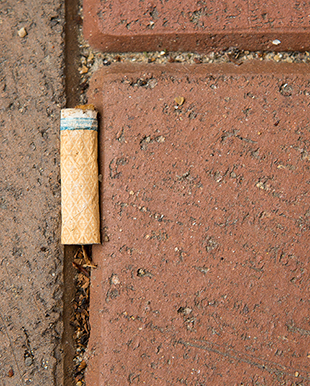 A discarded cigarette butt lies on a campus walkway.
Researchers saw support across the nation regardless of how conservative or liberal the state participants lived in were, Lee said.

"Even in regions with historically strong ties to tobacco growing and manufacturing, a strong majority of the public, including smokers, is in favor of raising the minimum legal age of tobacco sales," Lee said.

In the study, researchers surveyed 4,880 adults aged 18 or older to learn their views on raising the minimum age of tobacco sales to 19, 20 or 21. The telephone survey was offered in both English and Spanish and conducted on landline and cell phones.

A majority of people surveyed supported raising the minimum age in all regions of the country. Levels of support ranged from 59.6 percent in a seven-state Midwestern region that included Iowa and Kansas to 73.1 percent of residents in a four-state region of the South that included Texas and Louisiana. In the South Atlantic region, which included North Carolina, seven other states and the District of Columbia, 68.1 percent of people supported an increase.

"With these findings, policy makers and public health advocates can move forward knowing that people in their states support raising the minimum legal age for selling tobacco products, and that this is an issue that is not viewed as partisan," said Dr. Adam O. Goldstein, a University of North Carolina Lineberger Comprehensive Cancer Center member and professor in the UNC School of Medicine Department of Family Medicine. "It seems to cross political lines, and it is one policy measure that the majority of those surveyed can agree on."
Go Back