Login to Send a Private Message to Stan Deatherage
Publisher's note: It is BCN's policy to publish every notable press release from every bonified entity. We welcome all, who wish to espouse their position, irrespective of that position, or their purpose, regardless of its direction. After all, Beaufort County Now is the People's informational platform.

The North Carolina Civitas Institute annually ranks House members based on their "Conservative Effectiveness" through a system that is derived by analyzing votes on important legislation. Out of the 120 members in the House, Cook was ranked "3" in effectiveness according to the Civitas Institute. This high of a ranking for freshmen is unusual and is a clear reflection of his commitment to common sense conservative values.

The American Conservative Union (ACU), a leading voice on national grassroots conservative issues, recently rated North Carolina's state legislature based on their analysis of critical issues. Based on those ratings, Rep. Cook was given the "Defender of Liberty" award for scoring 100% on the ACU 2011 State Legislative Rankings. 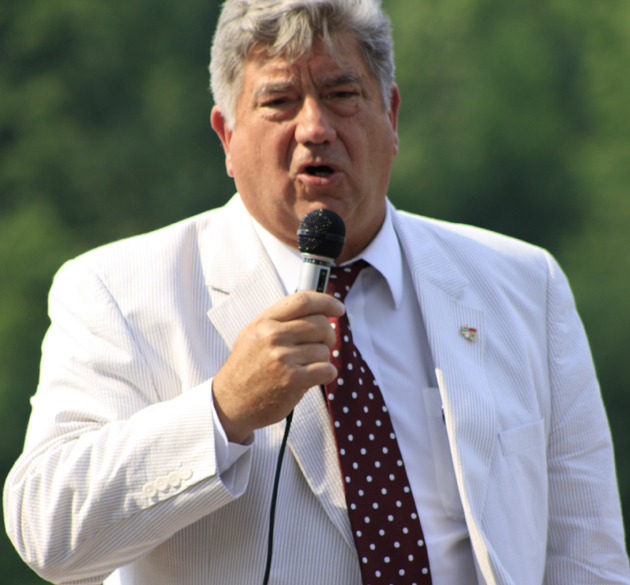 Bill Cook as a determined Conservative     photo by Stan Deatherage

"I humbly accept this type of recognition as it is validation that I am working to keep my promises in Raleigh," said Rep. Cook. "My fellow conservatives and I have been working to responsibly 'right-size' state government and lessen the tax and regulatory burden on hard working North Carolinians. These and other changes will produce an environment in which job growth can flourish. I am pleased by the positive recognition of my conservative voting record."
To view the ratings from the Civitas Institute, click here.

To view the rankings from the American Conservative Union, click here.