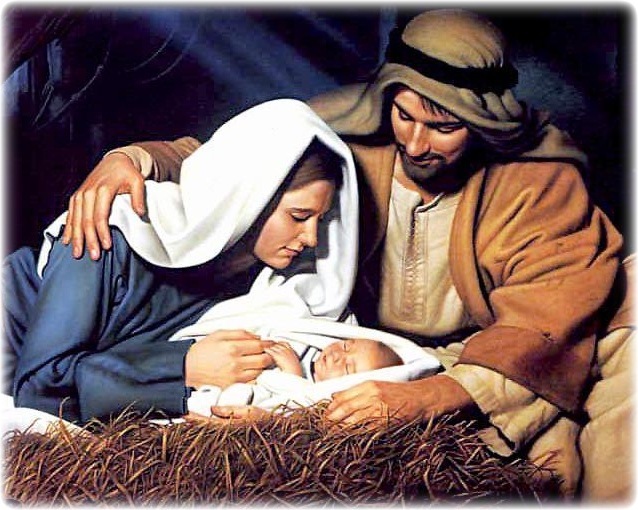 In the 1984 case Lynch v. Donnelly, the Supreme Court was asked to consider if the First Amendment prohibited the municipality of Pawtucket, Rhode Island from including a Nativity scene, in its annual Christmas display. The display included a plastic reindeer, a Santa Clause, and a Christmas tree. The Court concluded that the Nativity scene could remain, explaining: "We are satisfied that the city has a secular purpose for including the creche, that the city has not impermissibly advanced religion." According to the court's opinion, written by Chief Justice Warren Burger, erecting a nativity scene in the public square doesn't encourage any religious belief and therefore doesn't erode the Wall of Separation that the government must respect. Noting that the display was erected at a location and at a time corresponding to the start of the holiday "commercial" season, the Court reasoned that the two centuries of use has changed the meaning of the Nativity scene from a religious symbol to a commercial item. "The crèche (Nativity scene) has a legitimate secular purpose within a larger holiday display to celebrate the season and the origins of Christmas which has long been a part of Western culture." And writing for the dissenting opinion, Justice Harry Blackmun wrote: "The crèche has been relegated to the role of a neutral harbinger of the holiday season, useful for commercial purposes but devoid of any inherent meaning and incapable of enhancing the religious tenor of a display of which it is an integral part."

The Nativity scene, the symbol of Christmas, has become more of a commercial symbol than a religious system. That was the conclusion of the highest court of the land - back in 1984. It got me thinking of the holiday in general and what it really means. Have we succeeded in divorcing its true meaning? Has the Christmas tree taken the place of the alter? Can it be said that what man has to sell has become more important than what God has given? When the holiday is over, do we act like the merchant who rids his store of Christmas in a day. Or do we keep Christmas in our hearts?

When I was young, my Mom and I spent a lot of time in church. We attended regular weekly and Sunday services at the Methodist Church across the street (Carlton Hill Methodist Church) and additional services at the Catholic Church (St. Joseph's Church) at the other end of town. There was always a Christmas Eve mass at Carlton Hill and a midnight mass at St. Joe's. We went to sleep on Christmas Eve reflecting on the true meaning of Christmas and awakening the next morning to celebrate the holiday with our families.

When I finished college and went out on my own, Christmas became the time of year when I could look forward to traveling back home and seeing my family. Christmas mass continued to be a treasured family tradition. Then I started a family of my own. For years, it was work, then law school, being pregnant, having four children and suffering a few miscarriages. Life couldn't be anymore hectic. Christmas became less of a holiday for me and more of a holiday for my young children. I wanted the holiday to be magical for them, and looking back, unfortunately, that meant "commercial." I decorated the house with colorful lights and shiny objects and piled presents under the tree to delight them on Christmas Day. I cared more that they got everything their hearts could desire than whether or not they understood the meaning of Christmas. Because of all the last-minute shopping to be done, I rarely made Christmas Eve mass, and because of all the cooking I had to do for Christmas Day dinner, there were no more of the midnight masses that I once loved so much.

I guess what I am saying is that over the years, the Christmas season has become less of a time of rejoicing and more of a test of endurance. And I'm quite sure the fault is mine.

For most people, especially the younger generation, Christmas is the time of year to get new toys, fancy gadgets, the latest in technology, jewelry and new clothes, and in some cases, extra cash. It's not about a child born to a virgin, spending its first hours of life in a manger and in the humblest of settings... a child born to save us from our sinful nature so that we stand a chance at eternity with our Heavenly Father. It's a week off from school, time off from work, a convenient time for a winter break, a chance to get away for a vacation, an opportunity to get things, a perfect time to get engaged to a sweetheart, a time to spend lots of money on gifts for family and friends, a time to visit family that you only see once a year. It can be fun. It can be stressful. But I'm sure most people would not describe the Christmas holiday as "religious" and "reflective."

This year, as I ponder what it is I hope to enjoy during the Christmas holiday, I know I want to start believing in the true magic of Christmas again. As my parents and other family members wish to retreat from the hectic family gatherings and the lavish dinners and parties, I understand that the holiday has perhaps become too overwhelming in many ways. When I was a college student and when I was single, living on my own, I didn't look forward to traveling back home to see my Mom and Dad because I was excited to see what Christmas gifts they got me. I could have cared less if there was a single gift for me under the tree. I just wanted to spend time with them and be together as a family at that special time of year. I just wanted to have dinner together, be reminded of what it was like to live in the same house again, and wake up, have breakfast together and start the days together. And yes, I looked forward to going to Christmas mass together. I loved to hear the Christmas story. And I couldn't wait to sing Christmas carols.

Christmas should be about giving and not getting. When we ask our children and even our spouses 'What do you want for Christmas?', we are asking a question that breeds selfishness. What we should be asking (in order to breed selflessness) is this: "What are you going to give?" After all, isn't Christmas the celebration of God's great gift-giving? "For God so loved the world that he gave his only begotten son." (John 3:16)

In 1949, President Harry Truman gave these remarks during the tree-lighting ceremony at the White House: "We miss the purport of Christ's birth if we do not accept it as a living link which joins us together in spirit as children of the ever-living and true God. In love alone - the love of God and the love of man - will be found the solution of all the ills which afflict the world today. Slowly, sometimes painfully, but always with increasing purpose, emerges the great message of Christianity -- love of our fellowmen. In such a dedication, we shall find the message of the Child of Bethlehem, the real meaning of Christmas."

Just as when we partake of the Eucharist, we acknowledge the sacrifice and the promise of Jesus' crucifixion, Christmas should be a time for us to rededicate ourselves to the principles he taught.

Because He came to earth, we have a perfect example to follow. As we strive to become more like Him, we will have joy and happiness in our lives and peace each day of the year. It is His example which, if followed, stirs within us more kindness and love, more respect and concern for others.

Because He came, there is meaning to our mortal existence.

Because He came, we know how to reach out to those in trouble or distress, wherever they may be.

Because He came and paid for our sins, we have the opportunity to gain eternal life.

Because He came, we are gathered tonight to worship Him, in bonds of brotherhood and love.

Even if a person lacks faith, the Christmas birth can still hold a special message of love and goodness. While believers ultimately celebrate that Jesus came into the world, in fulfillment of scripture, to save us of our sin, the simple truth is that we honor the birth of Jesus because of what he would become and what he would sacrifice on our behalf. His lowly birth should remind us of the potential in each newborn baby. We can't know of each child's potential, but as the birth of Jesus reminds us, the potential is there. We also can't know to what degree a child's love will affect us, but again, we know that the love between parents and children is amongst the strongest and unconditioned. We need to love and nurture our children. All children are special; they are gifts from God. The love we give is returned to us many-fold. Nothing in life is more important than investing in our children, showing them love, and giving them a sense of worth.

I hope this Christmas that you have taken time to read the Christmas story and to appreciate it. "Christmas is a gift of love wrapped in human flesh and tied securely with the strong promises of God. It is more than words can tell, for it is a matter for the heart to receive, believe and understand."
Go Back