The National Science Foundation Noyce Grant, named for famous physicist Dr. Robert Noyce, will provide 30 scholarships for ECU students to earn science or mathematics licensure and a master's degree. Noyce advocated for improving public education in mathematics and science before it was known as STEM (science, technology, engineering and math).

The grant also will fund research on the challenges of teaching math and science in rural, low-wealth and high-need schools, which are prevalent in eastern North Carolina, to better prepare future math and science teachers at ECU and other universities, said Dr. Anthony "Tony" Thompson, associate professor of mathematics education in the Department of Mathematics, Science and Instructional Technology Education. 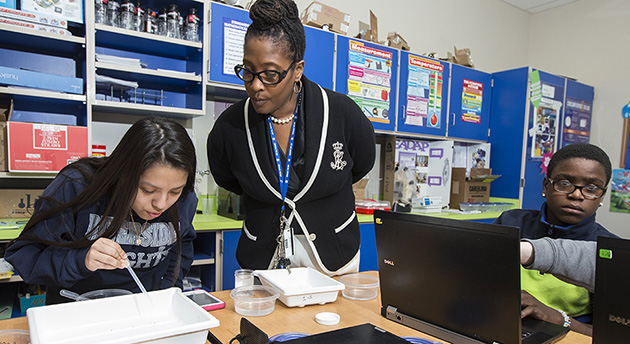 This is the second Noyce Grant awarded to ECU. The first - funded from 2009 through 2015 - produced 40 new mathematics and science teachers (15 math, 25 science), Thompson said.

The latest award comes at a critical time because of the severe shortage of mathematics and science teachers across the state and nation, particularly in eastern North Carolina, he said.

"This means a lot to those schools who would not have a highly qualified mathematics or science teacher otherwise," Thompson said. 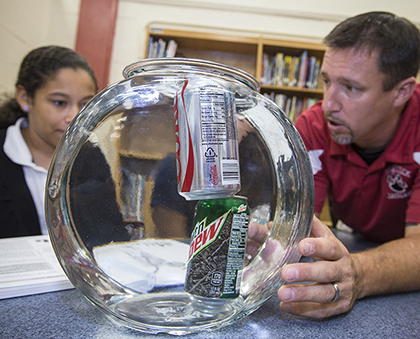 The grant also will fund research on the challenges of teaching math and science in rural, low-wealth and high-need schools, which are prevalent in eastern North Carolina.
Noyce Scholars are required to have an undergraduate degree in mathematics or science education and a degree in a STEM field such as mathematics, biology, chemistry, physics or engineering. As such, faculty in ECU's Thomas Harriot College of Arts and Sciences are partners in teacher preparation. Two biology faculty members, Heather Vance-Chalcraft and Claudia Jolls, have been involved in the success of both grants.

A large number of Noyce scholarships will go to students who would not be able to become teachers without assistance, he said.

Thompson shared some examples of how the scholarship could help. For instance, a student might decide to become a math or science teacher while getting a degree in biology or mathematics. Taking additional courses would add an extra year to the undergraduate program and cost more. Or, if a person already has a degree in chemistry or engineering and wants to go back to school to become a science or math teacher, but doesn't have the finances to do so. "In both cases, the Noyce Scholarships allows them to pursue their dream of becoming teachers," Thompson said.

Scholars also are required to teach in rural, low-wealth schools for one year for each semester of financial support after graduation.

"ECU Noyce Scholars are not required to stay in eastern North Carolina, but it's our goal," Thompson said. 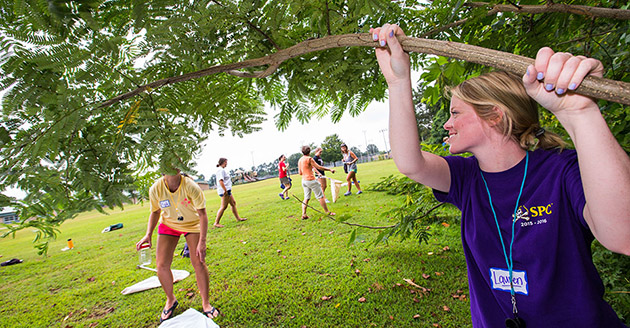 Recent graduates from the ECU College of Education participated in a weeklong summer institute in 2016 for elementary school science teachers.


Previously, 70 percent of the ECU Noyce Grant scholars stayed to teach in eastern North Carolina and all but one remained in the state, he said.