The Turnage Theater in Images: a Retrospect in Melody - Chapter IV

These chapters of the Turnage Theater, in retrospect, in these rare images offered below, are in chronological order, and if you do not see a show that you were particularly fond of; please, be aware of this one policy of mine - I did not publish images of every performer, only the ones I rather enjoyed. My mother made a deep impression on me: "If you can't say anything nice, don't say anything at all." Additionally, all photos for this article have never been published prior to this post.

For the few years that the Turnage Theater did operate as an ongoing concern, they did book at least one Christmas show each year. In 2009, they booked, and I did attend "Christmas the Cowboy Way," featuring the Riders in the Sky. It was a great show, where they featured primarily Christmas tunes from their titular album. If anyone had any reservations as to whether this was the season to be merry, one need only to follow the sage advice of Ranger Doug:

"Christmas is a time of dream and fantasy as well as a celebration of good and of faith. Our dreams, our fantasies, our communal experience as men and musicians are reflected here. Happy Holidays, saddle pals, from all of us... may your days be merry and bright!"

The Riders in the Sky take to the stage of the Turnage Theater (from left to right): Joey the Cow Polka King, Woody Paul, Ranger Doug and Too Slim in their fine attire showing the audience their version of keeping "Christmas the Cowboy Way:" Above. Ranger Doug (left and Too Slim after another costume change: Below.     photos by Stan Deatherage 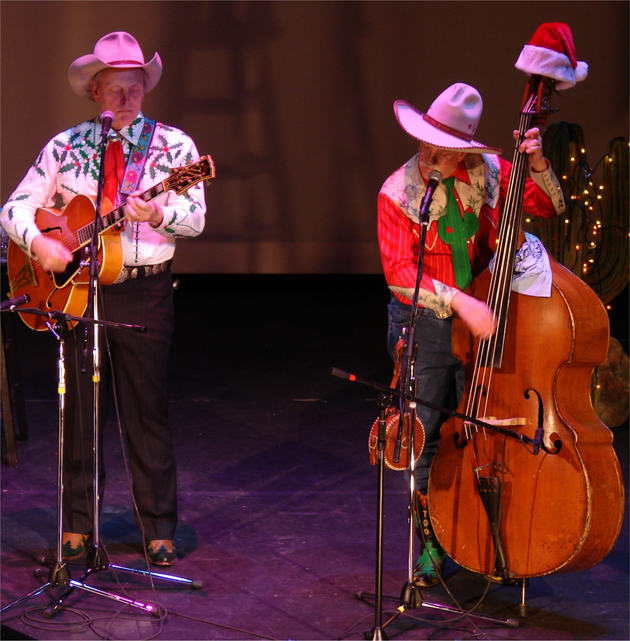 Here below, we have the Riders in the Sky performing their medley of almost every Christmas carol every made in a mere 2 minutes and 22 seconds. 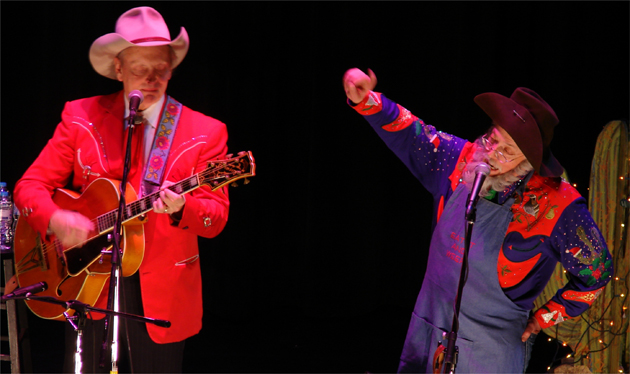 Ranger Doug plays on as the crusty character played by Too Slim explains the meaning of "Christmas the Cowboy Way:" Above and below.     photos by Stan Deatherage 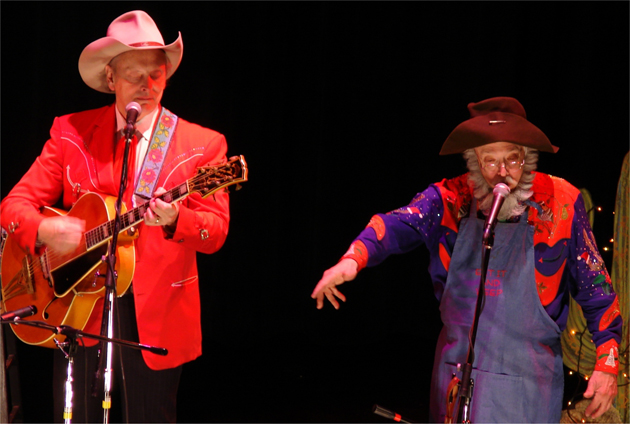 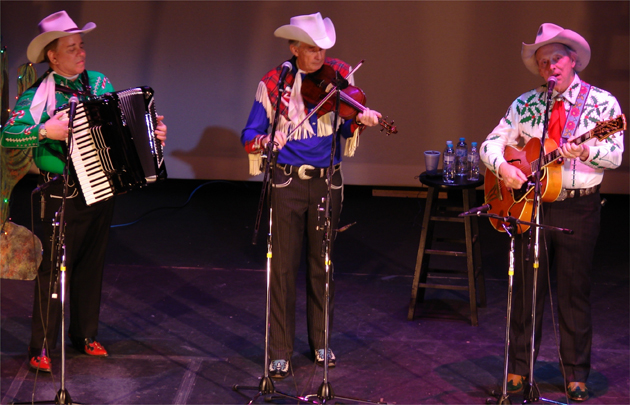 Cowboy harmonies rule the night with Joey the Cow Polka King and Woody Paul play on, and Ranger Doug croons: Above. Ranger Doug (left) strums, while Too Slim sings his cowboy song: Below.     photos by Stan Deatherage 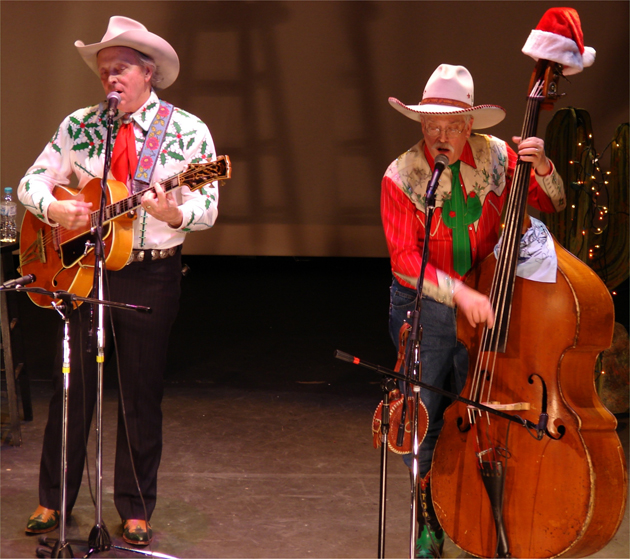