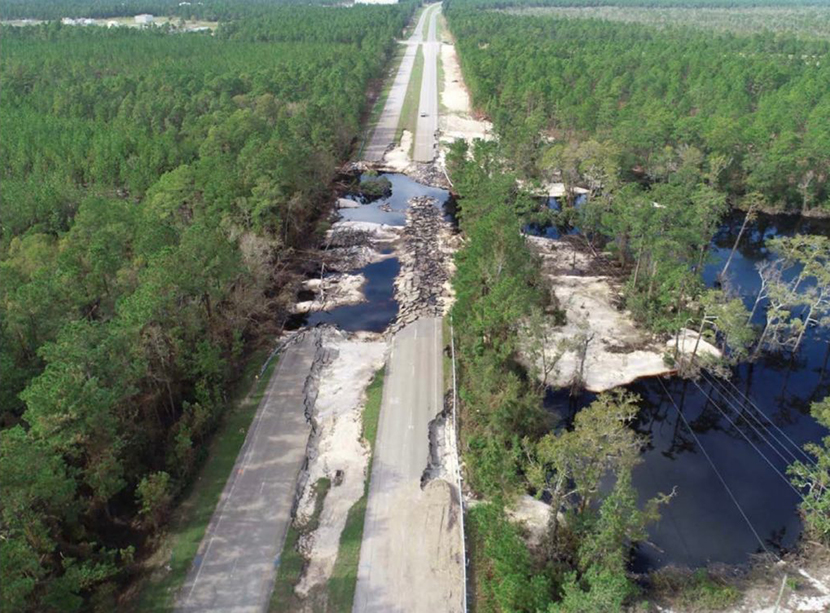 Hurricane Florence severely damaged schools across North Carolina and left hundreds of thousands of children without homes or classrooms. State education officials are working to return the communities back to normal with help from charitable giving and the legislature.

Education officials outlined the devastation wrought by Hurricane Florence at the Oct. 3 State Board of Education meeting.

The storm battered eastern North Carolina in September and led to extensive flooding. At least 39 people have died as a result of the storm. Thousands have lost their homes and are living in hotels or temporary shelters. The cost of damages to housing, infrastructure, and crops could be in the billions.

The storm caused at least 1.2 million students - or 80 percent of all PreK-12 students in public schools - to miss some school time. Several school districts including Craven County schools and Robeson County schools remain closed from the severity of damages.

Eileen Townsend, section chief for school insurance at DPI, said more than 100 claims have been filed in the wake of Hurricane Florence. More are coming. Townsend said the fund has reserved $40 million to address the claims. Damages have surpassed Hurricane Matthew, which saw $14 million in losses for DPI-insured property.

"We have an obligation and we will pay every valid claim that we receive," Townsend said.

Those with the most immediate need will be the top priorities, Townsend told board members.

Lynn Harvey, section chief of DPI's child nutrition services, told the board the school food program will lose about $14 million in federal money and has losses of about $2 million in food and equipment. Kevin Harrison, the DPI transportation services chief, said while bus garages did flood, destroying files and computers, only a few school buses were damaged or lost. Harrison said buses are ready to start transporting kids to and from school once the schools reopen.

Meanwhile, steps at the state and local level will help communities recover from the devastating storm.

The General Assembly met briefly Oct. 2 to pass legislation that appropriates $6.5 million to DPI. The money will supplement lost compensation for school lunch employees who are paid through the national school lunch program. When school isn't in session, they don't get paid.

FAST NC - Florence Aid for Students and Teachers - was created to address the needs of public school students and teachers who were hurt by the storm. The initiative was formed by current and former state superintendents in an effort to help those affected.

"Our intent is two-fold. First and foremost we would like to establish funds and resources to that will help those hardest hit by the storm, students and teachers." said Mike Ward, a former state superintendent. "But we have a secondary purpose. That is to send a signal of bipartisanship."

While in-kind donations are appreciated, Ward said FAST NC prefers monetary donations to help with the recovery effort. Donations can be made on FAST NC's website or sent via check to NC Education Fund, State Board of Education, 6336 Mail Service Center, Raleigh, NC 27699. A bipartisan committee will decide where the money will go after assessing requests and determining which agencies or groups should handle the donations.

"We as adults must demonstrate in the weeks and months to come that we are willing to open our pocketbooks to help the thousands of students and educators across North Carolina to get back to a normal state," Atkinson said.
Go Back