GOP leaders ask to be added to voter ID lawsuit 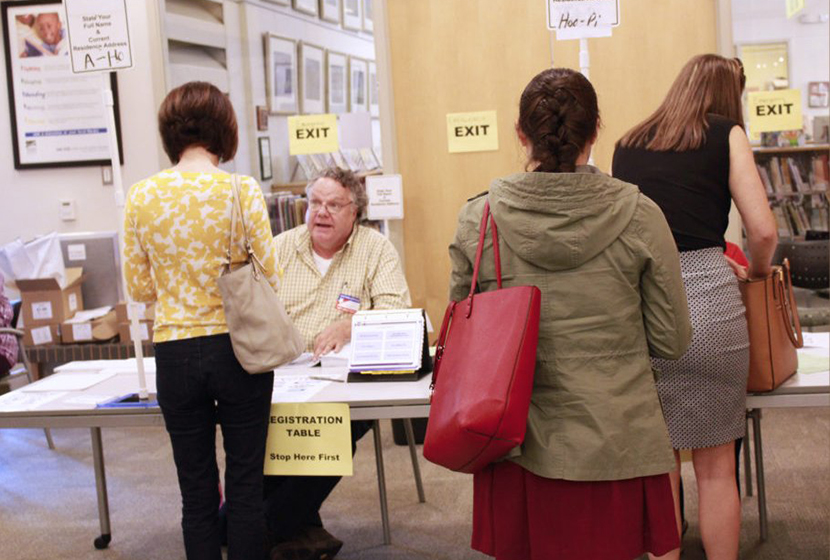 Republican legislative leaders say the NAACP deliberately omitted them from a federal lawsuit seeking to kill newly enacted voter ID legislation. They are asking the court to add them as defendants so they can fight to keep the law in place.

Senate leader Phil Berger, R-Rockingham, and House Speaker Tim Moore, R-Cleveland, filed a motion Monday, Jan. 14, in U.S. District Court for the Middle District of North Carolina to be admitted as intervenors to oppose the suit. Berger and Moore said in a news release Monday the NAACP suit named only Democratic Gov. Roy Cooper and the defunct State Board of Elections as defendants in "an obvious effort to keep lawmakers who wrote the law from defending it."

Fifty-five percent of voters approved the voter ID constitutional amendment referendum in November. The North Carolina State Conference of the NAACP and six of its local branches say Senate Bill 824, the law spelling out rules to implement the amendment, is designed to suppress minority voting strength.

Democratic state Attorney General Josh Stein likely would represent Cooper and the state elections board, although the board was dissolved.

"It is very clear from both their words and actions that they cannot be trusted to defend voter ID," the lawmakers said of Cooper and Stein.

Cooper vetoed S.B. 824, saying it "was designed to suppress the rights of minority, poor and elderly voters," despite the fact that it was co-sponsored by former Democratic Senator Joel Ford of Mecklenburg County, who is black.

Cooper also opposed the General Assembly's enactment of a 2013 voter ID law while he was attorney general. Berger and Moore noted he posted a petition online for opponents to ask then Gov. Pat. McCrory to veto it, and urged McCrory by letter to veto the bill.

Cooper "refused to fulfil his duties as Attorney General," and didn't participate in a U.S. Supreme Court appeal to overturn an order by the the U.S. Fourth Circuit Court of Appeals striking down the 2013 law, the news release said.

Stein opposed the 2013 voter ID bill while he was in the Senate. After taking over as attorney general in 2017 Stein moved to dismiss the state's petition seeking a Supreme Court review, effectively derailing the state's case.

Hans von Spakovsky, a former member of the Federal Elections Commission who now is senior legal fellow at the Washington, D.C.-based Heritage Foundation, thinks the 2018 voter ID law is constitutional, and Stein violated ethics rules by refusing to defend the 2013 law.

"The state Democratic attorney general cannot be trusted to carry out his legal and constitutional duty to defend the [2018] law/referendum, given his unprofessional behavior when the prior ID law was on appeal to the U.S. Supreme Court, and he withdrew the appeal after he was elected," von Spakovsky told Carolina Journal in November. Stein's office has rejected that contention.

The Southern Coalition for Social Justice filed the state court lawsuit seeking to strike down the voter ID law.

In the federal suit, the NAACP says provisions of S.B. 824 violate Section 2 of the federal Voting Rights Act, and the 14th and 15th amendments to the U.S. Constitution.
Go Back