The North Carolina General Assembly lags behind most other states as one of seven state governments that doesn't offer video of any legislative sessions or committees.

Reps. Destin Hall, R-Caldwell; Jason Saine, R-Lincoln; and Brendan Jones, R-Columbus, are behind a new bill which would turn on cameras in the House.

House Bill 218, "Broadcast NC House of Reps Sessions," which passed the House Rules Committee March 5, would push for some video coverage at the General Assembly. It establishes webcasts of daily House sessions and stipulates that sessions of "particular public importance" should be aired on UNC TV. The legislation also creates a study committee to weigh the feasibility of broadcasting daily House sessions on UNC TV.

"We're doing the business of the public they should have a right to tune in and keep a watch on what their government is doing," Hall said. "We had the governor's State of The State Address the other night. It was televised and everybody across the state could see it. That should be the same for everyday legislative business. 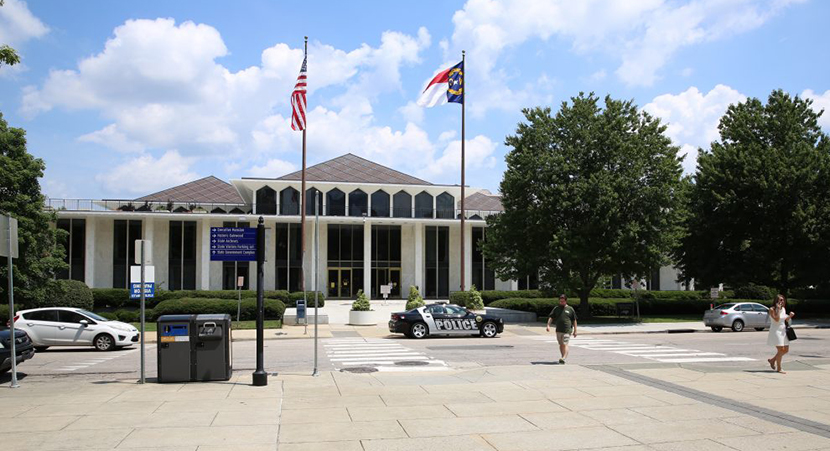 "We are enacting laws that affect people all across the state. People of the state are paying for this building's proceedings, and they should be able to have access to the process," he said.

The legislature provides online audio streams of the House, Senate, major committee rooms, and press conference rooms in its complex. Members of the public can tune in while lawmakers debate and vote. But the lack of video coverage often makes it tough for viewers to follow the action.

H.B. 218 directs the Legislative Services Office to create an Information Systems Division responsible for "procuring video equipment and implementing the daily video production and broadcast of the House of Representatives' daily sessions."

Estimates show equipment would cost $300,000. The legislature would hire only one or two permanent employees to run the system, Hall's office said.

"This is another great step forward for transparency in the North Carolina House." Saine said in a news release. "Forty years after the launch of C-Span it is time to move the N.C. legislature into the 21st century and allow for regular and routine video broadcasts of our proceedings."

Delaware, Kansas, Missouri, Vermont, Wyoming, and Maryland are the only other states without any video access to legislative proceedings, according to the National Conference of State Legislatures.
Go Back