Unplanned | Beaufort County Now | If anyone hasn't seen the movie UNPLANNED, I urge you to do so. There are several take-home messages from the movie, as expressed by the woman not only who wrote the book on which the movie was based (Abby Johnson) but on whose experiences the story was based. 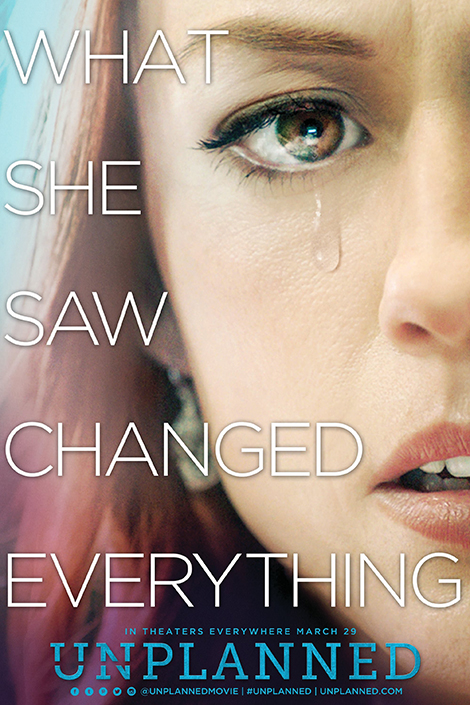 If anyone hasn't seen the movie UNPLANNED, I urge you to do so. There are several take-home messages from the movie, as expressed by the woman not only who wrote the book on which the movie was based (Abby Johnson) but on whose experiences the story was based. Three of those messages are:

(1 Most abortions are carried out in the earlier part of a pregnancy (up to 12 weeks; the first trimester). Planned Parenthood does an ultrasound on each woman/girl seeking an abortion to determine as closely as possible how far along the pregnancy is. How far along determines the type of abortion the clinic will perform to terminate that pregnancy. Abby had two abortions (each in the first trimester; within the first 8 weeks, if I remember correctly). She had the first abortion in college when she found out she was pregnant. It was a bad time, she wasn't married yet, and her boyfriend also didn't want her to have it. The second was a bit more troublesome. She ended up marrying her college boyfriend but after she found out he cheated on her, she filed for divorce. Just after she filed, she found out she was pregnant. She said she didn't want anything to connect her to the man she was divorcing and so she had an abortion. In short, each abortion was for one primary purpose - Convenience. Planned Parenthood took care of each abortion. She was told the fetus was just a mass of cells and not a baby yet and she shouldn't think twice about aborting it. As the movie shows, she eventually went to work for Planned Parenthood, as a counselor. She counseled women/girls using the same logic that helped ease her conscience when she sought to terminate her pregnancies - It's your right to control your fertility, an unwanted pregnancy is a crisis and abortion allows a woman to deal with that crisis, and the fetus is only a mass of cells and so no one is killing a baby. About 7 years into her employment at Planned Parenthood, she was promoted to its director. One day, they were short-staffed and she was called in by the abortion doctor to assist. It was the first time ever that she had been in a room during a procedure (other than when she was the patient). The doctor told her to keep an eye on the ultra-sound (as he was doing a procedure guided by ultrasound) to make sure he was directing his equipment to the fetus. At 8 weeks, she saw for the first time that the growing fetus was not a mass of cells but already had the full form of a baby, with 10 fingers and 10 toes, with a heartbeat, and already capable of moving. She was immediately touched by what she saw. It was a baby. She watched as the doctor aimed his needle and suction equipment at the baby and how the baby frantically tried to avoid them. It twisted and turned and tried very hard to move as far away from them. Abby realized that the 8-week old baby had already exhibited one of the essential characteristics of all life - the ability to respond to stimuli and especially the ability to protect and preserve its life from threats to it. THOSE SEEKING AN ABORTION MUST SEE AN ULTRASOUND and must watch an observe how "human" and full of life" their yet unborn (yet fully-formed) baby is.

(2) Planned Parenthood DOES NOT SHOW the woman/girl the ultrasound. That is their policy. Why? First, because it is afraid that seeing the ultrasound will cause the patient to change her mind. After all, Planned Parenthood is in the business of performing abortions. Second of all, Planned Parenthood needs to perform abortions; after all, that's how it makes its money. That is how it pays its employees, is able to provide them with benefits, and to have the money it needs to lobby for its continued existence. The more abortions it can provide, the better. That is why it doesn't show those scared, confused, tormented women/girls seeking an abortion an ultrasound. That is why its counselors only counsel "for" an abortion and never the other way around. The numbers of abortions would drop considerably if only Planned Parenthood had the decency to show those women/girls who come through its doors the ultrasounds of the life growing inside them. 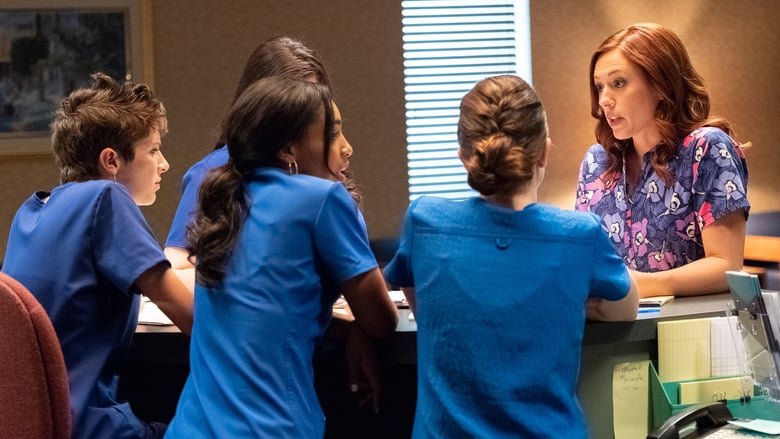 (3) What you believe in defines you. If you truly believe in something and are true to your convictions, then you will conduct your life in accordance to your beliefs. That is what Jack Phillips, the Christian cake artist from Colorado did. That is what Barronelle Stutzman, a creative florist from Washington state did. That is what Martin Luther King Jr did, and that is what Rosa Parks did on a Montgomery city bus ("I was tired of giving in"). John Winthrop, who led the Puritans to Massachusetts urged his followers to be the salt of the earth, as Jesus had spoken about in his Sermon on the Mount, so that their new community would be "as a city upon a hill, the eyes of all people are upon us." President Reagan referenced the "city on a hill" metaphor in one of his speeches hoping that the country would see a re-birth of those values on which many of her colonies were founded. The point is that if we believe strongly enough, we must DO something about it to show others what we stand for.

I urge everyone to see UNPLANNED. Take your children. Use it as a teaching moment. My friends and I were profoundly touched by the movie.