A series of disasters face art colleges and the art departments of American universities. Their campuses are closing, their freshmen numbers are dwindling, and their graduates are struggling. art, art schools, atelier movement, art departments, may 22, 2019
Home
Categories
Login

Politicized Art Schools Are Losing Students to the Atelier Movement

Published: Sunday, June 9th, 2019 @ 12:34 am
By: James G. Martin Center for Academic Renewal   ( More Entries )
Publisher's note: The James G. Martin Center for Academic Renewal is a nonprofit institute dedicated to improving higher education in North Carolina and the nation. Located in Raleigh, North Carolina, it has been an independent 501(c)(3) organization since 2003. It was known as the John W. Pope Center for Higher Education Policy until early January 2017.

The author of this post is Michael J. Pearce. 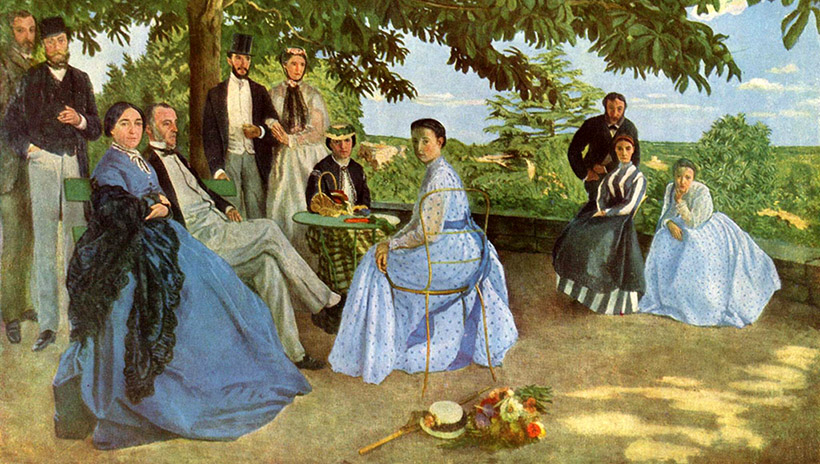 A series of disasters face art colleges and the art departments of American universities. Their campuses are closing, their freshmen numbers are dwindling, and their graduates are struggling. Getting more students into an art program is a hard sell.

To restore their appeal, art schools would do well to de-politicize their programs and focus on turning students into masters of their field who can then harness creativity for their art and their audience.

Art colleges struggle with the toxic perception that their graduates are qualified for nothing and have been bankrupted by their education. They take on tens of thousands of dollars in debt, only to be employed as burger-flippers clutching a worthless degree in their paint and grease-splattered hands. Their prospects are dismal: A 2018 Bankrate report noted that over 9 percent of them are unemployed, and fine art degrees ranked last of 162 different majors for their employment prospects-more than triple the average. Appallingly, with a 7.7 percent unemployment rate, high school dropouts are more likely to get a job than art majors. Of an estimated 2 million arts graduates, only 10 percent make a living as working artists.

It is difficult to know exactly how many art schools have closed nationally, but they are arm-in-arm with the closure of campuses across the nation. The Chronicle of Higher Education reported that 1,200 college campuses have closed in the last five years, displacing 500,000 students. More than 100 for-profit and career colleges and 20 non-profit colleges closed in 2017 and 2018. Worried MFA program heads have secretly reported poor enrollment to artnet News.

In 2015, the entire freshman class of the MFA program at the University of Southern California's Roski School of Art and Design dropped out amid turmoil as the university restructured its art programs. In Portland, the Oregon College of Art and Craft is closing its degree program by summer 2019. And Marylhurst University and the Art Institute of Portland were both shuttered last year. These closures and dropouts are symptoms of a severe illness afflicting higher education.

That illness is the politicization of the academy, which alienates many of its paying customers and drives away prospective students. Conservative parents are wary of paying for an education that they perceive as political indoctrination and are especially suspicious of art departments. That distrust is hardly surprising when we consider the history of the avant-garde, which was founded by revolutionary proto-communists in 19th-century France and embraced by left-wing art professors throughout the 20th century. A survey from the National Association of Scholars on the political beliefs of liberal art professors at 51 of the 66 top-ranked liberal arts colleges showed that there are more than 40 registered Democrats for every Republican, and placed art departments at No. 6 for the most politically imbalanced university departments.

In art schools dominated by politically motivated professors, social justice activism dominates the work of many students, who can feel pressured into acting and working just like their mentors. Why would a student interested in an art career want to pay for a degree that leads to a job in political campaigning or unemployment?

The language used to describe student thesis shows reveals the political focus of art on campus. In art-speak buzz, the Maine College of Art claims that its graduates "hybridize a range of conceptual themes and material approaches as they relate to visual culture, the political landscape and to contemporary art practice." Applicants to the Tufts MFA program are told, "You'll explore the broader implications of your practice through aesthetic, social, political, economic, and scientific considerations." Their graduating class of 2019 titled their thesis show "No Time for Laundry" because they were too busy with, "School, art, and political engagement."

The desire for a de-politicized curriculum doesn't only come from conservative critics: Art students have voted with their feet. Avant-garde art colleges face growing competition from the burgeoning "atelier" movement.

An atelier is a small art school offering training in sculpture, drawing, and painting based on studio practices that were primarily taught from the Renaissance to the 19th century. Although universities are experiencing a nationwide decline, ateliers have flourished and appeared in every major American city. In 2002, the Art Renewal Center (ARC), a non-profit company dedicated to the revival of 19th-century studio art, listed 14 approved ateliers. By 2018, it listed 76, and another three institutions await affiliation. The ARC salon, a prestigious competition for painters and sculptors from the atelier scene, has seen entries grow in the last five years from 1,100 artists to 4,300. Several programs offer accredited bachelor's and master's degrees-including The Florence Academy, The New York Academy, and Laguna College of Art and Design. College admissions officers would do well to pay attention to this competitor for art students.

Ateliers are reforming art training, but high schools are driving the shift away from traditional art schools. Mandy Theis, president and co-founder of The Da Vinci Initiative, which introduces atelier training into K-12 schools, said:

At the Career Technology Education Center (CTEC) in Salem, Oregon, high school students are better trained to find work in creative industries than many college students. At CTEC, students are taught the techniques they need to go directly into careers with local companies, such as Soma Games and the architecture firm BRIC, who recruit directly from the program. Lead 3D-design instructor Graham Toms teaches the design principles and drawing skills of classical art because these are precisely the skill-sets sought by businesses. Although art programs struggle locally and nationally, CTEC is thriving-Toms told me that its enrollment is now capped and competitive admission to the program is governed by students' attendance scores.

The sickness that afflicts college art education is a philosophical one. Increasing funding is often proposed as a cure. But funding should not reinforce the philosophical illness; rather, it should go to programs that show successful outcomes for students.

Instead of repeating the failed ideas John Dewey described in his book, Art as Experience, where art is about self-expression rather than technical mastery, successful art programs make use of the real pragmatism of Mihaly Csikszentmihalyi as found in his books Flow and Creativity. In no other discipline has self-indulgence been touted as a model for training as thoroughly as it has in art.

But creativity does not lie in self-indulgence. Creativity grows from mastering a domain. True creativity is born after skills become second-nature, not before. Art program funding should fund people who teach technique, not political ideology. To restore the appeal of art schools, they need to build upon the intensive training model such as those offered at high schools by the Da Vinci Initiative and CTEC. Reform can also come from people like David Chang at Florida International University, who has broken new ground by including an atelier program in the range of art degrees.

Instead of providing political indoctrination dressed up as art training, successful art programs teach students studio art practices that prepare them for a career in art practice. Students who have trained in drawing, design, and industry-standard computer programs are clearly better equipped for employment in the burgeoning video game, film, and animation business than those who have undergone avant-garde de-skilling.

Art programs need to teach students the skills they need to live a life in the art of their time. The reason CTEC and the ateliers are thriving is because they are teaching practical skills very, very well. Students have noticed; will university art schools do the same?

Michael J. Pearce is founder and chair of The Representational Art Conference (TRAC). He is the author of "Art in the Age of Emergence."