It might sound odd to hear this from someone who’s been writing a syndicated column on politics for more than 30 years, but politics has become vastly more important in our lives than it should be. politics, modern civilization, government, may 22, 2019
Home
Categories
Login 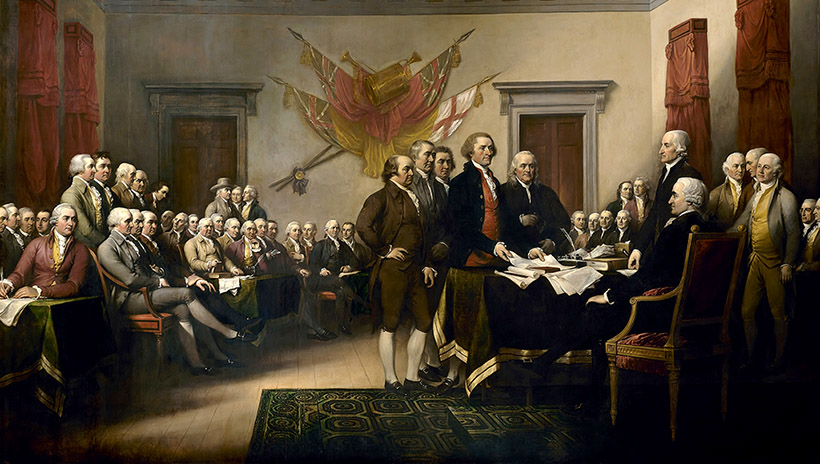 It might sound odd to hear this from someone who's been writing a syndicated column on politics for more than 30 years, but politics has become vastly more important in our lives than it should be.

Virtually every decision we make in our ostensibly free society is now subject to review, refinement, and reversal by some government agency. We can't buy or consume what we want, hire whom we want on mutually agreeable terms, inhabit and dispense with our property as we want, or make critical decisions about our families' education, health care, and financial planning without the intrusion of governmental "helpers."

I'm not an anarchist. Modern civilization and human progress have proven to be impossible without governmental structures. When administered effectively and constitutionally, governments promote law and order, adjudicate disputes, and ensure the provision of certain public goods that for technical reasons can't be delivered by purely voluntary means.

That's not to say human beings can't live without government. For most of the history of the species, humans lived in small hunter-gatherer bands, consisting largely of relatives, that came together only occasionally to swap, socialize, and find mates. In some places, these social bonds developed into tribal confederations and, later, into chiefdoms. But not until a few thousand years ago did true states appear in an anthropological sense - social institutions that established a "monopoly of the legitimate use of physical force within a given territory," as Max Weber famously put it.

The invention of the state and the invention of cities were interrelated events. The word political comes from the Greek polis, for city-state. Civilization both creates and requires politics in the sense we use the term today.

Humanity can live without government, as I said - but not long or well. Hunter-gatherers may have had more free time than we do, but they starved, shivered, and died early and violent deaths at far higher rates, too. Tribes and chiefdoms weren't much more conducive to human flourishing. Even early civilizations, built around cities and states, increased the total population and scope of human communities without necessarily raising the standard of living for the average person very much for very long.

What ultimately did the trick was the marriage of industrial capitalism and constitutional, liberalizing government during the 18th and 19th centuries, beginning in Northwestern Europe and North America and then spreading elsewhere. The public sector played a critical role in this gigantic and unprecedented leap forward in human well-being. But it did so precisely because its power was constrained by law and custom.

In the American context, at least, modern conservatives should be understood as conserving a set of truly revolutionary ideas and practices. One such idea is that government is both necessary and dangerous. As James Madison put it in a post-presidency speech in Virginia, "the essence of government is power; and power, lodged as it must be in human hands, will ever be liable to abuse."

By "power" here, Madison and other Founders meant coercive power - the capacity of government to force people at the point of a gun to comply with its commands. Whether republican or tyrannical, all governments possess such power. Again, it's necessary. But it ought to be used sparingly, only for tasks that can't be accomplished through market transactions, charitable activity, or simple persuasion.

That's the case that my colleagues and I at the John Locke Foundation, and at other like-minded organizations in North Carolina and beyond, seek to make every day in our programs, articles, interviews, and public appearances. Our work is usually devoted to specific applications. We advocate liberating North Carolinians to make choices for themselves about how best to educate their children, improve their health, pursue economic opportunity, and build the families and communities in which they live their lives.

Whether the stakes in a particular dispute we discuss seem big or small to you, keep mind that the broader principle couldn't be more momentous: everything need not be political. Minimize government. Maximize freedom.