UNC Board of Governors Trying to Reduce Tensions With Vidant Health as Lawsuit Proceeds | Eastern North Carolina Now | Days after the University of North Carolina System filed a lawsuit against Vidant Health — the eight-hospital system that holds a close relationship with East Carolina University’s Brody School of Medicine — UNC leaders say they hope to mend fences. 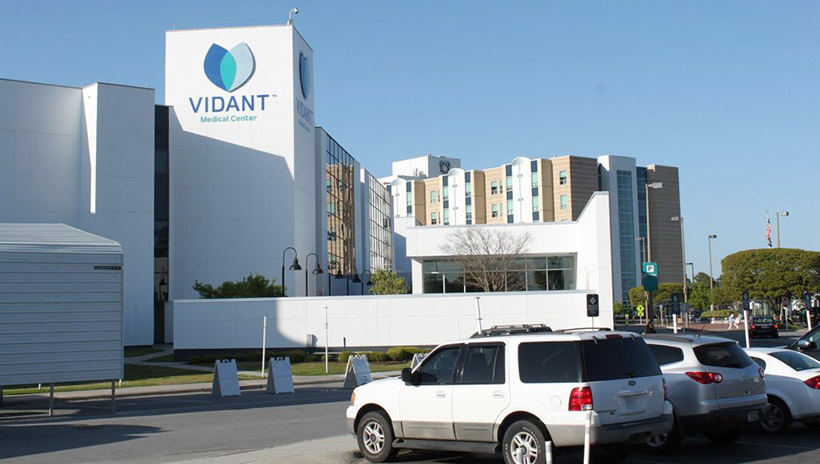 Days after the University of North Carolina System filed a lawsuit against Vidant Health - the eight-hospital system that holds a close relationship with East Carolina University's Brody School of Medicine - UNC leaders say they hope to mend fences.

UNC took Vidant Health to court May 20 after the nonprofit corporation decided to strip the UNC Board of Governors of its ability to appoint members to the board of Vidant Medical Center in Greenville.

The move reportedly stunned the BOG. The Vidant board didn't have legal authority to make such a change, UNC said in its complaint.

The lawsuit is a way to "freeze things in place so that we can have productive discussions to resume the partnership that has served the people of Eastern North Carolina well," UNC interim President Bill Roper said.

That could be tough, given tensions between UNC's board chairman and leaders in Greenville.

VMC serves as ECU's academic teaching hospital. In 1975, the UNC BOG and ECU made an affiliation agreement with Pitt County Memorial Hospital.

In 1998, PCMH changed from a public hospital to a private, nonprofit hospital and was renamed Vidant Medical Center. The agreement between UNC, ECU, and the hospital remained in effect. As part of that agreement, renewed in 2013, the UNC BOG had appointment power over nine members of the hospital's 20-person board.

On April 24, Vidant blocked the BOG from appointing more people to VMC's board. New articles of incorporation show the Pitt County Board of Commissioners will retain privileges to appoint 11 members to the hospital's board. The amendments stripped the BOG of its appointments, instead letting the hospital's board appoint the other nine trustees from a list provided by Vidant Health.

This undermines public accountability, said BOG Chairman Harry Smith, since VMC receives "a tremendous amount of state support, and that is why we have those kinds of appointments. To oversee and protect that asset."

CJ asked Smith why Vidant Health cut ties with UNC so suddenly. He said, "It's my understanding that [Vidant] also asked [Pitt County] to give up their appointments as well, and the county refused. I think [Vidant is] going for a self-perpetuating board."

"Vidant Health has never asked Pitt County to give up their appointments to the Vidant Medical Center (VMC) board as we have previously communicated to the UNC system," Lowry said in a statement to CJ. "Vidant remains focused on our shared commitment to Eastern North Carolina. We remain open to productive discussions and will continue to operate in good faith."

"Importantly, all nine Pitt County Board of Commissioners voted unanimously for this change as did every member of the Vidant Health and Vidant Medical Center boards including VMC board members appointed by the UNC Board of Governors," Lowry's statement continues. "The decision by the boards also strengthened the relationship with ECU by requiring that two members be ECU leaders. This was not the case previously. We have communicated with the Pitt County attorney and she concurs with the accuracy of these statements."

Smith, an ECU alumnus, recently has had a rocky relationship with campus leaders and Vidant Health.

Emails show the Greenville businessman was at odds with former ECU Chancellor Cecil Staton, who came under scrutiny from Smith. Staton resigned his position in March, stating "there are some storms you cannot weather." Staton noted that the decision to leave ECU wasn't voluntary. Notably, Vidant CEO Michael Waldrum was one of 128 Greenville leaders who signed a public letter of support for Staton in January, months after reliable sources told CJ that Staton was being forced from his position.

Smith has repeatedly said "the facts always come out," and that the media, CJ especially, has spun a "false narrative perpetuated by a small minority of people in Greenville."

The BOG hopes to "get to a good place" with Vidant, Smith told CJ May 22.

"I think, from our perspective, our biggest disappointment was the lack of communication in the process at this level ... and having said that, we are where we are, and so we'll just operate in the best measure that we can to do the right things for ECU and the Brody School of Medicine," Smith said.

The lawsuit was heard May 22 in Superior Court in Hillsborough, the same day UNC's Board of Governors met in Chapel Hill.

The judge will render a verdict on his own schedule. "We don't know when that's going to happen," Roper told CJ after the board meeting.

The Brody School's future is impossible to predict, Roper said. If UNC and Vidant can't work out an agreement, the university would have to build a new, state-owned teaching hospital, UNC's legal complaint says.
Go Back