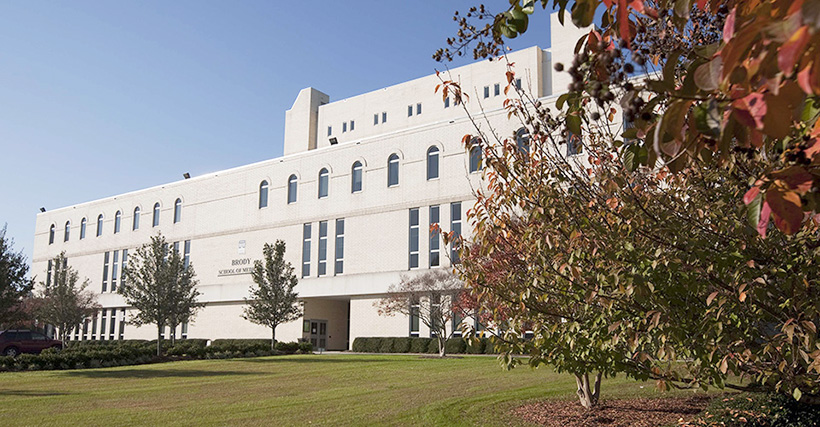 So said Vidant CEO Dr. Mike Waldrum during a Wednesday, May 29, news conference, called after the Senate released a budget proposal that would strip the Vidant Medical Center - which serves as the teaching hospital for East Carolina University's Brody School of Medicine - of $35 million in Medicaid funding.

The Senate's move is one more event in a battle over governance. In late April, Vidant Health's board revoked the UNC System Board of Governors' ability to appoint members to VMC's board. That was a problem, UNC said, because a decades-old affiliation agreement between VMC and ECU allows the UNC BOG to appoint nine of the hospital board's 20 members.

Vidant, along with the Pitt County Board of Commissioners, unanimously voted to strip the BOG of of its power. Pitt County retained its right to appoint 11 members to VMC's board while Vidant Health itself took control of the other nine seats.

ECU was not consulted in the decision to block BOG appointments, Waldrum told Carolina Journal. Vidant's board includes representatives of the university, he added.

On May 20, UNC took Vidant to court. On May 24, Superior Court Judge Allen Baddour granted the UNC System a 10-day, temporary restraining order against Vidant Health.

On May 29, Vidant and UNC agreed to move the case from Orange County to Pitt County, and to participate in mediation.

Waldrum wouldn't say whether reinstatement of the BOG's appointment powers would be part of the mediation.

VMC's affiliation with ECU will remain intact, even if the Senate slashes the hospital's budget, Waldrum said. Vidant officials have repeatedly stated that VMC's new board structure will include two appointees from ECU.

But what classified VMC as a public teaching hospital was its formal contract with ECU, and that contract has been breached, said Pat Ryan, a spokesman for Senate Leader Phil Berger, R-Rockingham.

"The Senate can't compel Vidant to accept appointees from ECU. The provision is designed to treat all hospitals that are not owned by the state in the same way."

Berger didn't notify Vidant that the provision would be included in the budget, Ryan said.

The Senate is making a strong statement, but the cut isn't likely to make it into the legislature's final budget, said Jordan Roberts, health-care policy analyst for the John Locke Foundation.

"This is a political game, and there is a lot of money to be made, and lost, with Medicaid," he said. "I would imagine that leaders will change the language before this battle is over, but then again, they may surprise us."
Go Back