Alcohol Reform May Be Coming to N.C., and It’s About Time | Beaufort County Now | The N.C. Alcoholic Beverage Control system — created in 1937 in the wake of the repeal of Prohibition — for the past 80-plus years has remained mostly static.

Alcohol Reform May Be Coming to N.C., and It’s About Time 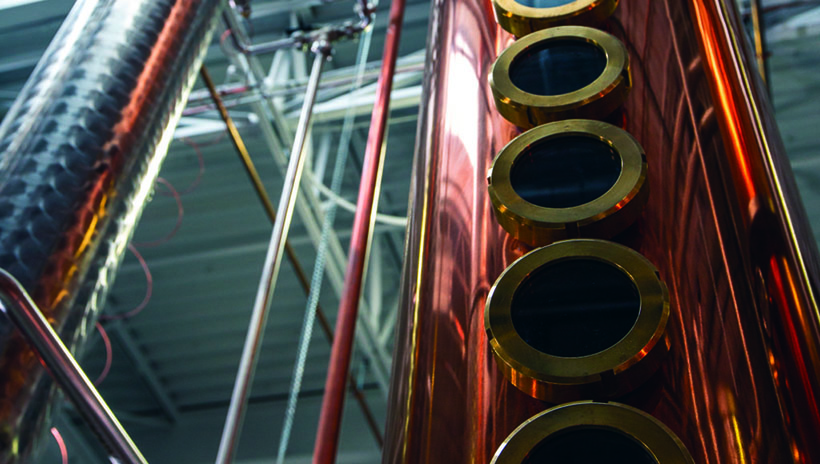 The N.C. Alcoholic Beverage Control system - created in 1937 in the wake of the repeal of Prohibition - for the past 80-plus years has remained mostly static.

But this may soon change, as lawmakers have offered several proposals to repair the broken, outdated system.

But what's interesting this session, despite the many past attempts to reform the system, is that the proposed changes by lawmakers are simple and workable.

Long-needed reforms to modernize, build efficiencies, enhance consumer choice, and streamline a cumbersome system are long overdue. But even if substantive reform this session is unrealistic, smaller provisions have been well-received and, in turn, would have a significant impact on loosening the current rigid ABC system to encourage and to grow a burgeoning industry.

Each state regulates the production, sale, and distribution of alcohol, and North Carolina is just one of 17 states with a "control model." North Carolina, however, is the only state in which local government boards control liquor sales, operating through 170 separate boards appointed and controlled by county or municipal officials. This unique model has evolved over the years into a cumbersome, inefficient system that is rife with mismanagement, wastes taxpayer money, limits consumer choice, and chokes out competition.

It's past time North Carolina gets out of the liquor business, opens the market to competition, and encourages opportunities for entrepreneurs.

Comprehensive reform, as suggested in House Bill 971, would eliminate local ABC boards, and treat the distribution, sale, and permitting of spirituous liquor the same as it does beer and wine. H.B. 971 would maintain the current wholesale distribution system, amend excise taxes - redirecting proceeds to local governments - authorize the sale of the state's warehouse, ABC stores and current inventory, and dedicate funds for public safety concerns.

The bill would limit the authority of the ABC Commission to administer laws governing spirits, as well as enforcing those laws through state Alcohol Law Enforcement.

North Carolina would add liquor sales and distribution to the current three-tier system, which is now working for beer and wine. Spirits, in limited and controlled amounts, could be available wherever beer and wine are now sold.

Replacing local revenue from liquor sales is - and has been in previous discussions - a large hurdle toward reform.

So, then, how would the state collect and distribute taxes under a reformed system? The current excise tax would go from 30% of the sales price to a flat $28 per gallon. Of the taxes collected, 25% would go to local governments. Taxes from beer and wine could be used for any purpose, but taxes from spirits would be applied specifically to: Treatment of alcoholism (4%); research and education (15%); enforcing the pertinent laws (11%); and the rest for any public purpose. Each year, the Department of Health and Human Services would get $2 million for alcoholism treatment and education, and the ABC Commission would get $8.5 million for operating and administrative costs. Wholesalers would pay excise taxes.

Getting out of the liquor business means liquidating assets. By Jan 1, 2020, the ABC would sell the state warehouse - and any liquor in its possession - by public sale through a wholesaler. Proceeds would flow into the General Fund. By Jan. 1, 2020, all 170 of the local boards would liquidate their assets, with wholesalers bidding on liquor held by the boards. Funds from the sale would go to counties or municipalities for public-school capital expenses.

The reform proposal gets the state out of the liquor business and builds on the current structure for beer and wine. It builds efficiencies in an outdated system, gives consumers more choice, and streamlines access for business.

Meanwhile, about a dozen additional proposals are being considered this session that would support a free and open market by increasing competition, expanding consumer choice, and encouraging entrepreneurs to start and grow businesses. On Thursday, for instance, Gov. Roy Cooper signed House Bill 363, which allows brewers to distribute more of their own beer.

In the end, this isn't really about alcohol. Rather, it's about government's role in growing North Carolina's economy.

Becki Gray is senior vice president at the John Locke Foundation.
Go Back