The latest report from the Life, Liberty and Happiness Project reveals that 78% of Americans agree with the statement, “I am happy in general.” | Photo: Cliff Hollis

A U.S. citizen's unalienable right to pursue happiness proves true in the results of a new nationwide study by East Carolina University's Center for Survey Research.

Researchers looked at several factors - economic, personal and political - in measuring happiness ahead of the July 4 holiday.

The latest report from the Life, Liberty and Happiness Project reveals that 78% of Americans agree with the statement, "I am happy in general." As expected, one's household financial situation is related to one's happiness, but the survey shows other factors affect happiness such as approval of President Donald Trump's job performance, whether one is proud to be an American, and attitudes regarding hard work and success. 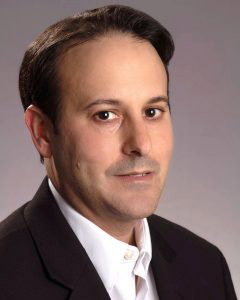 Peter Francia
The findings show an uptick in happiness since ECU's first survey on life, liberty and happiness in 2018, when 68% of Americans expressed satisfaction with their lives.

"Generally, periods of economic growth produce happier times for Americans, just as downturns have the opposite effect," said Dr. Peter Francia, director of the Center for Survey Research and professor of political science at ECU. "Currently, evidence of sustained economic growth is clear."

Since May of 2014, U.S. payroll employment has added 11.7 million jobs, with job expansion lasting for 56 consecutive months. The rate of unemployment has hit a near 50-year low, according to the survey report.

"But happiness, of course, is not universal, and not always tied to economic success," Francia said. "Americans are happy for a variety of other reasons, including factors tied to politics, such as presidential approval. Attitudes about hard work and success, and whether a person is proud to be an American, also matter. While there is no denying that happiness is shaped by household finances, the old adage that 'money isn't everything' is true with regard to one's happiness."

A demographically representative sample of more than 1,000 adults nationwide was asked a range of questions in online and randomized mail surveys to develop the report.

The project aims to offer new insights into American public attitudes and behaviors on topics related to the nation's founding principles. The purpose is to highlight shared experiences among Americans as well as identify differences.

This is the fifth national survey report on topics related to the country's founding principles conducted by the center.

The Center for Survey Research is located in the Thomas Harriot College of Arts and Sciences at ECU. Founded in 1989, it delivers data-based research expertise to public agencies, private clients, university scholars and students. The center is a member of the American Association for Public Opinion Research Transparency Initiative.

The complete survey report is available here: https://surveyresearch.ecu.edu/lifelibertyhappiness/.
Go Back