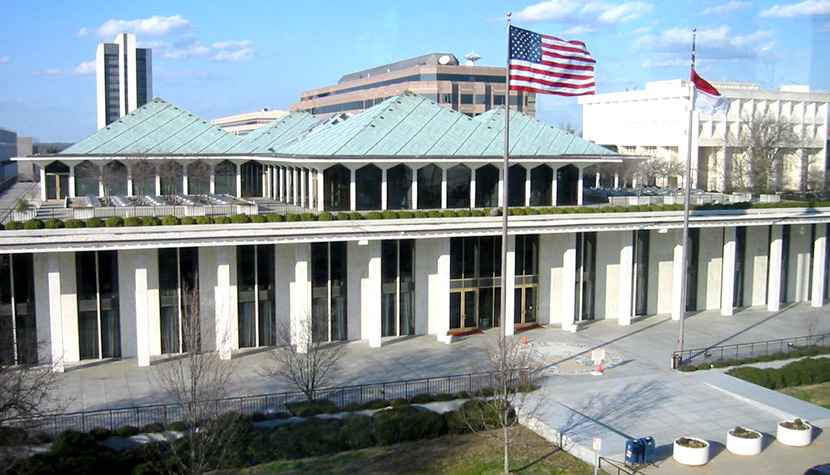 Members of the N.C. General Assembly may meet for only one day this week - Tuesday, Jan. 14 - and will potentially hold a vote to override Gov. Roy Cooper's budget veto. According to plans, anyway.

Four Senate Democrats joined all Republicans in approving the budget bill, House Bill 966, with a 33-15 vote June 27. It has been sitting in the Senate since the House took a controversial Sept. 11 veto override vote.

Republicans would need just one Democratic vote - or two Democratic absences - to secure the three-fifths majority needed to override Cooper's veto. That action would enact the budget, including teacher pay raises.

The Senate plans an override vote if at least one Democrat decides to support the bill, said Pat Ryan, spokesman for Senate leader Phil Berger, R-Rockingham. The House Appropriations Committee will also consider legislation regarding scholarship funds for children of wartime veterans. Rep. Chuck McGrady, R-Hendersonville, said he's confident the scholarship bill will pass in the House, but is unsure about the Senate.

Sen. Brent Jackson, R-Sampson, plans to meet with other lawmakers next week to discuss whether they should renegotiate the Senate Bill 315, the farm bill, said legislative aide Christopher Stock. The bill stalled for months over a disagreement on a provision regarding smokable hemp.

"The hope is that we can sit down and figure out an agreement," Stock said. "If it doesn't happen next week, then it would be delayed until the short session in May."

McGrady said he originally expected the session starting Tuesday would last longer. But House members have been notified they'll need to stay for only one day, he said.

If lawmakers override the budget veto, they'll take off a month or two before passing a technical corrections bill, which addresses any drafting errors or redundancies in the bill's language.

If an override fails, the General Assembly won't come back until the spring, McGrady said.

The newest member of the Senate is unlikely to cross the aisle and vote to override the veto. Durham Democrats announced Sunday that longtime former lawmaker Mickey Michaux would fill the remaining term of Sen. Floyd McKissick Jr. McKissick resigned last week to join the Utilities Commission.

Michaux, 89, who served a record 20 terms in the N.C. House, retired after the 2017-18 session. Cooper is expected to swear in Michaux before Tuesday's session opens.

Teacher pay alone would cost $5 billion, which is why it's not possible to negotiate separately from the rest of the budget, Ryan said. The General Assembly has passed several other pressing items through individual "mini-budgets."

Since Cooper's landmark budget veto at the end of June, lawmakers have used the length of the session as a political tool, said Chris Cooper, a political science professor at Western Carolina University.

"The Republicans are trying to argue, 'We're open to passing the budget again and overriding it,' and the Democrats argue, 'Republicans aren't budging.'" he said. "It's a real game of chicken."