Vicky Cristina Barcelona | Beaufort County Now | "Vicky Cristina Barcelona" was surprisingly funny. Laughing out loud at neurotic Europeans and American Tourists is rather more humorous than considering the humor wrapped in the neurosis of Manhattan natives, which has been the staple of previous Woody Allen Movies.

Login to Send a Private Message to Wyatt Sanderman Day
Publisher's note: As redundant as a pacing lost soul, I am loathe to admit, Wyatt is probably our most read writer. Over a month ago, March 12, 2012, I was perusing our sister publication, Better Angels Now, and I noticed that so many of Wyatt's reviews, of the many fine films that occupy the public's interest, have not been availed to our readers through our Beaufort County Now publication.

Consequently, over the next many weeks, we will endeavor to remedy this mild injustice by publishing these reviews, in our current improved format, for your edification. Here below is our fourteenth in a series of these older articles of interest by our good friend, Wyatt Sanderman Day.

"Vicky Cristina Barcelona" was surprisingly funny. Laughing out loud at neurotic Europeans and American Tourists is rather more humorous than considering the humor wrapped in the neurosis of 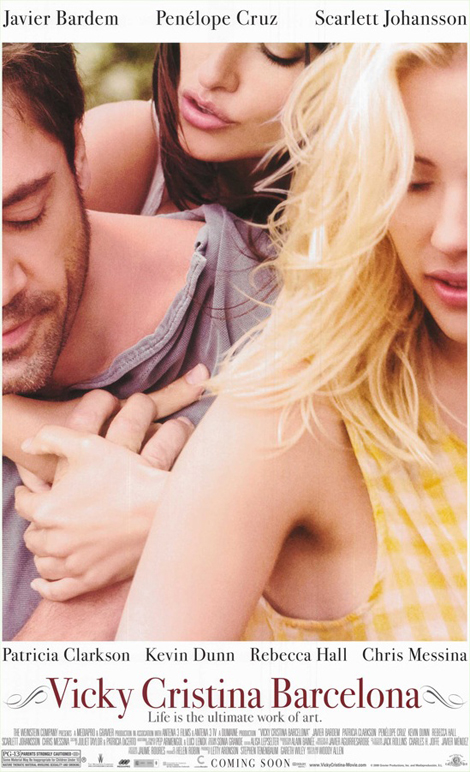 Manhattan natives, which has been the staple of previous Woody Allen Movies. Its not that finding humor in the foibles of upwardly mobile Manhattan socialites hasn't been, on occasion, funny, I just have grown unceasingly weary of it.

"A leopard cannot change its spots," but thankfully Woody Allen chose a different and unique cast, wrote better dialogue, and chose a beautiful locale - thankfully not Manhattan. The premise is that two lovely pre-neurotic, and often confused young women have traveled to Barcelona for an extended summer vacation with Vicky's wealthy aunt, played Patricia Clarkston. They are there to soak up the culture (Vicky is seeking her masters degree in Catalan Identity), but find that the Spanish culture can be rather enveloping.

Juan Antonio could write the book on being forward in romantic pursuits as he requests of the young ladies at their midnight supper (it's a Spanish thing) in a fine restaurant out, he requests, "come with me to Oviedo. We'll eat well, we'll drink good wine, we'll make love." 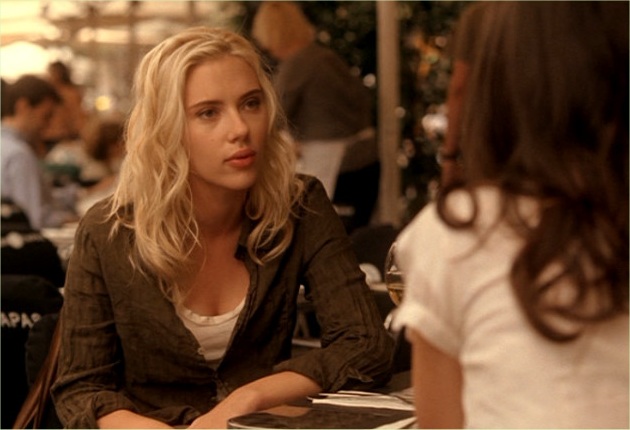 Vicky (her back to you facing Cristina), played by Rebecca Hall and Cristina, played by Scarlett Johansson were just two fun loving, well connected college girls on holiday in Spain: Above and below.

Vicky responds, "Yeah, who exactly is going to make love?"

Juan Antonio answers, "Hopefully, the three of us."

From this point forward, "Vicky Cristina Barcelona" becomes a full throttle exercise of European passion, craziness and cliches. Especially when you factor in Juan Antonio's estranged and very eccentric wife, Maria Elena portrayed with incredible passion by Penelope Cruz, whose life revolves around an unrequited zeal for Juan Antonio and art. 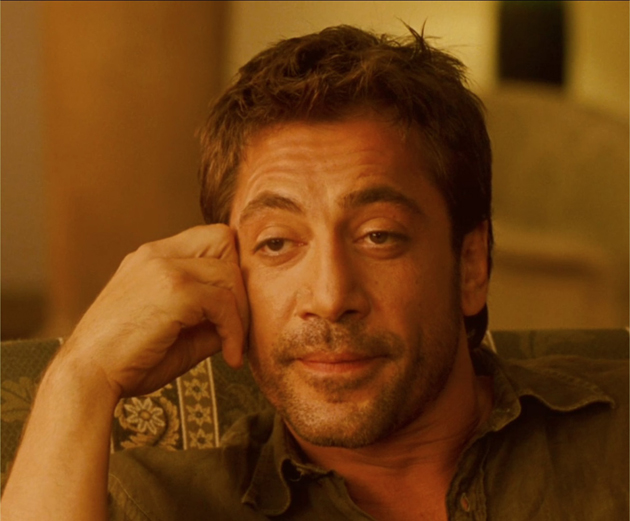 Juan Antonio, Javier Bardem, is the consummate Latin lover: Above. And the fetching Cristina, Scarlett Johansson, is the ultimate lure: Below. 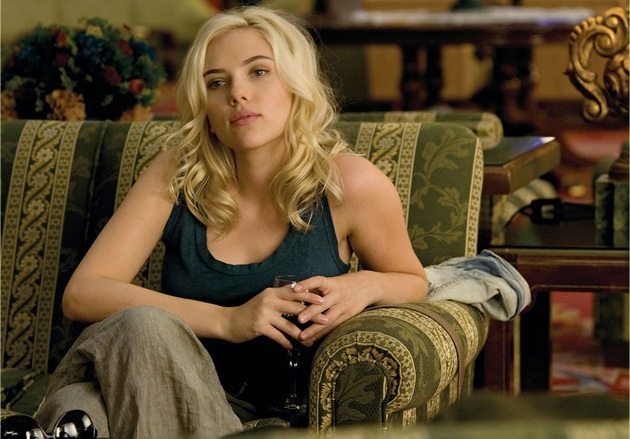 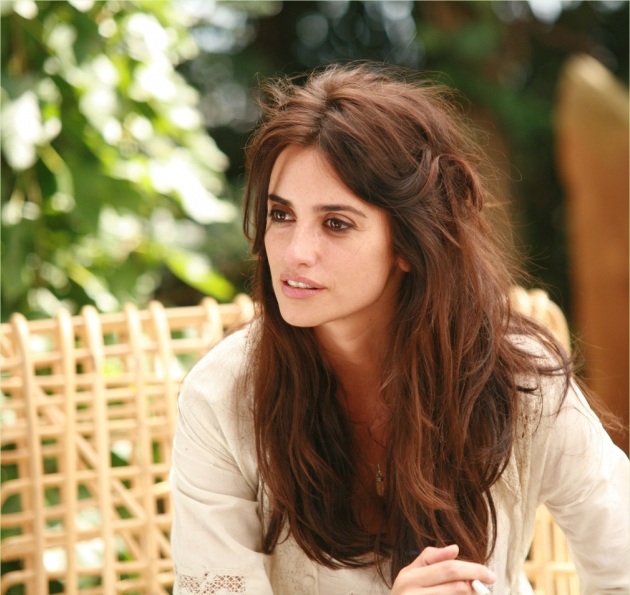 Maria Elena, portrayed by Penelope Cruz, is the proverbial fly in the romantic "three-way" ointment: Above. Juan Antonio, Javier Bardem, finds success in all romantic arena's - even a short fling with the more responsible Vicky, Rebecca Hall: Below. 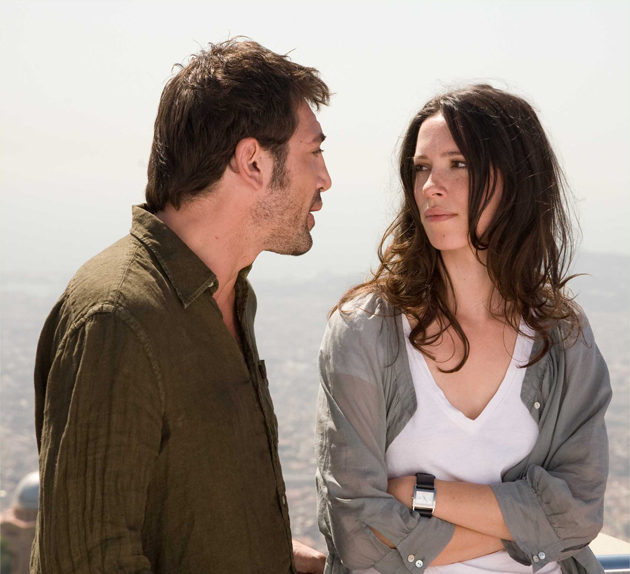 For Woody Allen, there is no sex without neurosis and in this film there are plenty of both. It is a very funny film, and if you, like me, have tired of the standard Woody Allen fare, I must implore that you give this one a chance. At only 96 minutes of runtime, it is well worth your time for the plentiful laughs. Woody wrote and directed this one and he did it right.