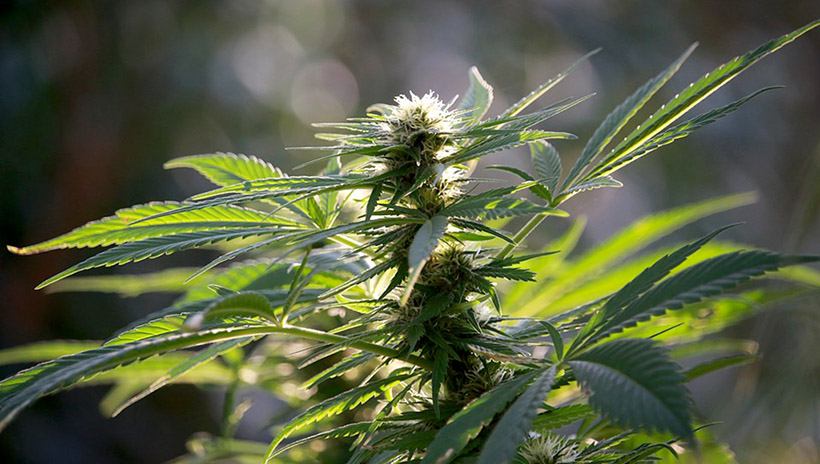 The clock is ticking on hemp licenses for North Carolina farmers.

N.C. farmers now are licensed under the federal government's 2014 hemp pilot program. If the state's 2019 Farm Act doesn't pass in the next couple months, farmers will have to register for licenses under U.S. Department of Agriculture rules to continue legally growing hemp. But if the N.C. Department of Agriculture submits its own plan, farmers will need a third license. This would lead to unnecessary headaches for farmers over fees and rule changes, said Marne Coit, an agricultural law lecturer who publishes updates on state hemp law through the N.C. State Extension online portal.

The consulting firm Cowen & Co. - an investment banking firm - recently projected the U.S. market for consumer products derived from cannabis in hemp - from cosmetics to pharmaceuticals - could surpass $16 billion by 2025.

Until Dec. 20, 2018, hemp was a controlled substance and couldn't be grown as an industrial crop. Farmers needed the federal government's permission to raise hemp under pilot research programs.

The 2019 Farm Act includes a provision authorizing NCDA to submit a plan. Problem is, the Farm Act has been stalled for months due to controversy over a proposed smokable hemp ban. The Farm Bill wasn't considered during the General Assembly's one-day session in January, and lawmakers won't return until the short session begins April 28.

"When are they actually going to pass it?" Coit asked, regarding the 2019 Farm Act. "Is it going to take two weeks, three weeks, three months? We don't know."

If the Farm Act passes and NCDA submits a plan, farmers still must wait another 60 days for a response from USDA. It's possible USDA could send the plan back with a list of recommended changes, further delaying the process.

"Remember, we're up against that end-of-October deadline," Coit said.

Phil Wilson, director of NCDA's Plant Industry Division, told Carolina Journal it's likely the state will submit a plan if authorized to do so, but it's unclear what exactly the plan would entail. Farmers can't opt for the USDA plan once NCDA receives approval for a state plan, Wilson added.

The new regulations come in the midst of booming market demand. Just last year, Cowen & Co. predicted cannabidiol (CBD) will be valued at $16 billion by 2025.

"I expect 2020 to be a painful year," Coit said. "I think the law will level out at some point, but it's going to take a while to get there.

Making matters worse, they say, any NCDA plan would have to be at least as restrictive as the USDA's regulations, hemp law attorney Tyler Russell told CJ.

The USDA received 4,702 public comments on its interim final rule from Oct. 31, 2019 to Jan. 31, 2020. Anyone who wants to grow hemp without a state plan can apply for a USDA license and operate under the temporary rule now in effect. The USDA will issue a final rule after Nov. 1, 2021, based on public comments.

USDA's "negligence threshold" concerns farmers. Federal law requires hemp contain less than 0.3% delta-9 tetrahydrocannabinol (THC), the psychoactive component that, at a much higher concentration, can produce a chemical high. The USDA rule says if a grower's hemp exceeds 0.5% total THC three times over a five-year period, it will be considered a "negligent violation," and the grower will be banned from growing hemp for five years.

But the commission rarely encounters samples exceeding 1.0% THC, the commission's comment notes. And when it does, the cases are generally due to "weather, production issues, and/or other factors that spike THC levels," rather than an intention to break the law.

The commission also cited staffing shortages. The NCDA only tested 55% of the state's hemp fields, with employees working up to 70 hours a week. The commission proposes instead a "random and risk-based sampling" rule.

Sampling every single lot would raise costs for both farmers and the state, Commission Chairman Thomas Melton told CJ.

The USDA's proposal to harvest 15 days after testing is "not realistic," Melton added. The hemp harvest could last an entire month, especially for farmers with several acres. That would require state employees to travel back and forth multiple times for samples.

USDA's requirement that all testing labs register through the Drug Enforcement Administration was not required of pilot programs, the commission also noted, and could trigger delays as laboratories wait for certification.

The interim final rule also requires testing to involve the top area of the plant, which contains the highest concentration of THC, noted Blake Butler, Executive Director of the North Carolina Industrial Hemp Association. This makes it more likely the plant will test noncompliant.

Butler recommended a "grace period" for DEA registration and ISO certification, as well as a 45-day period between testing and harvest.

Hemp provisions have been stalled by unrelated matters in the 2019 Farm Act and should be moved into a separate bill, Butler emphasized at the NCIHA meeting.

"We don't need to be surrounded by hog lagoons and skeet shooting," he said. "That has nothing to do with our industry."