East Carolina University’s leadership continues to be a headache for the University of North Carolina System, and several members of UNC’s Board of Governors seem fed up. carolina journal, UNC, BOG, board of governors, resignation, february 10, 2020
Home
Categories
Login 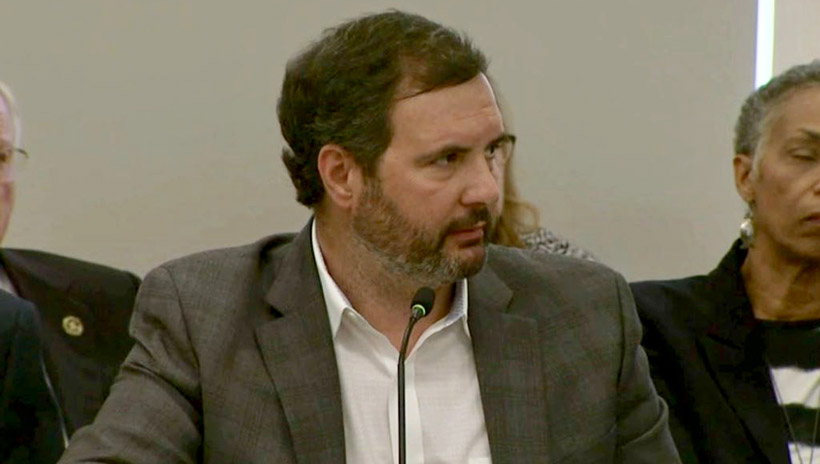 East Carolina University's leadership continues to be a headache for the University of North Carolina System, and several members of UNC's Board of Governors seem fed up.

On Friday, Feb. 7, the BOG voted to "censure" ECU Board of Trustees member Robbie Moore. Phil Lewis, another ECU BOT member, resigned abruptly and without apology after BOG members discussed forcing him off the board.

Lewis and Moore have incited outrage in Greenville and Chapel Hill over their conduct involving former ECU student Shelby Hudson. Last month, a recording from Hudson's phone was released to UNC. The transcript - redacted in places - shows Lewis and Moore tried to persuade Hudson to run for ECU student body president. They offered to donate to Hudson's campaign and berated current ECU student president Colin Johnson for not siding with them during board votes. (The leader of a university's student government serves on the Board of Trustees.)

"If you would run, and win, we'll help you," Lewis said to Hudson, according to the transcript. "We'll give you seven votes to where they won't screw [with you]. "

Lewis, appointed to ECU's board by the BOG and therefore under their discipline, should be removed, UNC board member Marty Kotis said. Kotis made a formal motion before reading the transcript of Hudson's conversation with Lewis and Moore - citing multiple violations.

"But I'd be giving Colin a victory," Lewis said during a part of the conversation, explaining to Hudson why he didn't vote against raising student fees $1.3 million. "What in the hell do I want to do that for?"

"Look, for a million dollars we don't give a sh*t," Lewis also said to Hudson regarding student fees. "We don't care."

That kind of behavior is despicable, especially for a university board member, Kotis told the BOG.

"I can't get through the rest of this," he said of reading the transcript. "I'm sick to my stomach."

After a recess called abruptly by BOG member Jim Holmes, Lewis was allowed to address the board.

"I want everybody to know that it's not quite the way it's been presented," he told the governors.

Lewis said he never asked Hudson for a meeting - a claim counter to her story - and abruptly offered his resignation.

"What I saw just now was a complete lack of remorse," Kotis said of Lewis' speech, urging the board to consider his motion for removal.

Members accepted Lewis' resignation instead. They then reprimanded Moore for misconduct, blocking his vote on all ECU board matters until Sept. 30, 2020.

"There are going to be continuing efforts to work through these matters," BOG Chairman Randy Ramsey said. "Frankly, I expect better behavior. This represents a profound failure of a trustee's obligation to represent ECU in a good light."