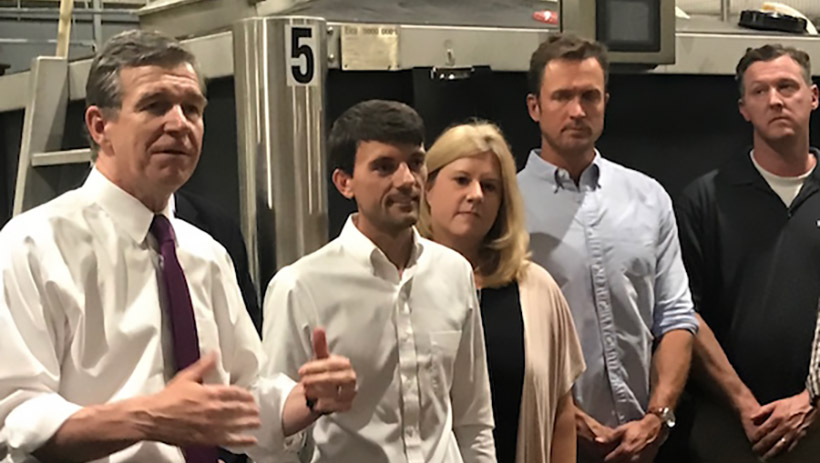 Spirits tastings in N.C. ABC stores have gone on without complaint or problem since September, when lawmakers amended state rules governing liquor.

Some 50 boards - 140 or so stores - around the state have allowed tastings, with about 600 more scheduled, said A.D. "Zander" Guy, Alcoholic Beverage Control Commission chairman.

Guy presided over a meeting of the commission Wednesday, March 11, in which the board began the process of making the tasting rules permanent. The proposed rules will be filed with the Office of Administrative Hearings for publication in the N.C. Register, and a public hearing is planned during a meeting of the commission May 13. A public comment period of at least 60 days will follow.

The ABC on Monday also ratified 86 hearing cases resulting in penalties of more than $103,000 and/or imposition of suspension of permits for three days or more.

The tastings provision was part of Senate Bill 290, originally filed as the Distillery Regulatory Reform Bill, which became law July 29. The bill brings rules governing N.C. craft distillers more in line with those followed by the state's breweries and wineries. Most of the provisions in the law became effective Sept. 1, including the tastings, which are contingent on local approval and must be held between 1 and 7 p.m., for no more than three hours.

Lawmakers also eliminated a requirement that consumption of the tastings be limited to a designated area.

As the General Assembly debated S.B. 290, some lawmakers offered ominous warnings about tastings - little more than a splash of liquor - leading to myriad problems, such as people hopping from store to store and becoming intoxicated.

Gov. Roy Cooper, who signed the game-changing measure at Graybeard Distillery in Durham, talked about North Carolina agriculture, tourism, innovation, jobs, and entrepreneurship as they relate to the landmark bill.

"I think this legislation brings all of those things together," Cooper said after the signing.