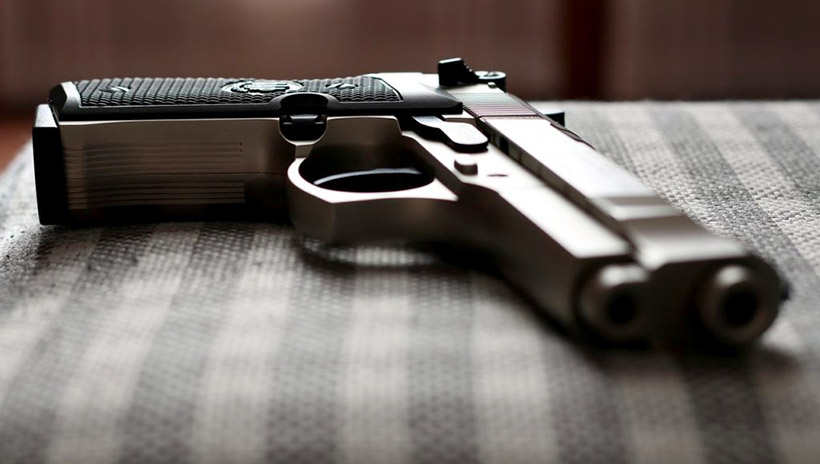 Wake County government, under pressure from gun-rights groups, gun owners, and worried residents, has amended a stay-at-home order making it clear gun shops will be allowed to operate in the county.

Gun stores, as of Friday, weren't on the list of essential businesses in Wake County. In Mecklenburg County, for instance, they were.

It now includes this:

"Are gun retailers allowed to operate?

Gov. Roy Cooper announced a statewide stay-at-home order in a news conference Friday in response to the COVID-19 pandemic. The order, deep in an FAQ section, says this:

"Are gun stores allowed to operate?

Gun stores implementing social distancing requirements for employees and customers as defined in the order may remain open."

The order led to confusion over which order took precedence and immediately raised Second Amendment concerns.

Monday, the Firearms Policy Coalition, in a news release on its website, wrote: "Today, Second Amendment Foundation (SAF) and Firearms Policy Coalition (FPC) announced that Wake County, North Carolina County Attorney Scott Warren, has confirmed in writing that Wake County's policies and enforcement rules will be revised to reflect updated federal guidance and to be consistent with Governor Roy Cooper's Executive Order no. 121 and allow gun stores to continue operating. The County indicated that the changes will also be reflected in their COVID-19 FAQs before the end of the day."

Sunday, the firearms coalition wrote Board of Commissioners Chairman Greg Ford threatening legal action should the county enforce its order. The coalition cited updated federal Cybersecurity and Infrastructure Security Agency guidance, which added, under its section of the critical infrastructure of "Law enforcement, public safety, and other first responders," the following:

The update "should provide greater clarity for gun retailers and the public," Demi said in an email.

It's been a problematic week for Wake County regarding firearm rules.

Baker said law officials are suspending the services to help stop the spread of the coronavirus within the government building and to give the sheriff's office time to process a growing pile of applications.

Baker said he's not telling people they can no longer get permits.

"What we're doing is trying to stay in line with efforts to keep this virus out of this building," Baker said in a news conference.

"State law requires sheriffs to approve or reject a pistol permit within 14 days," they said in a joint statement. "Sheriff Baker must immediately rescind his illegal decision to halt sale of pistols in Wake County."

The sheriff's office has seen a 250% increase in applications over a week, he said.

In a memo Friday, the N.C. Sheriffs Association said "it could find no legal authority authorizing a sheriff to stop processing and issuing certain gun permits because of a declared state of emergency," citing Article 52, Chapter 14-403 of the N.C. General Statutes.

The National Rifle Association and other groups cried foul, saying the move to close stores is inherently unconstitutional under the Second Amendment and points to a U.S. Supreme Court decision - District of Columbia v. Heller - as evidence.

"The very enumeration of the right takes out of the hands of government - even the Third Branch of Government - the power to decide on a case-by-case basis whether the right is really worth insisting upon," the court wrote, says the NRA.

"But officials have been split over whether gun stores and ammunition dealers can remain open alongside pharmacies, gas stations and laundromats, leading to confusion and legal challenges as at least 29 states - as of Monday morning - have issued some form of stay-at-home orders," the Times wrote.

"The stunning effect is the same: About three out of four Americans are or will soon be under instructions to stay at home," the Times wrote.

Delaware, "after receiving criticism from gun rights supporters over fairness and potential constitutional violations," writes WBOC, will allow gun shops to sell firearms by appointment only during the state of emergency.

"If people believe that you have the right to keep and bear arms, if you closed all the gun stores and not allow anybody to purchase a firearm you're infringing on that constitutional right," Jeff Hague of the Delaware State Sportsmen's Association, told the station.