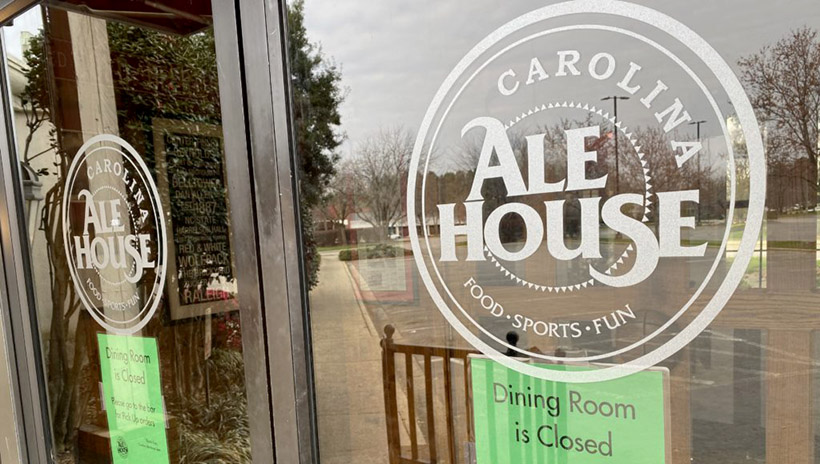 The Carolina Ale House at 4512 Falls of Neuse Road in Raleigh is one of hundreds of restaurants which had to halt dining service with little warning at 5 p.m. on St. Patrick's Day. | Photo: Don Carrington/Carolina Journal

When the Bureau of Labor Statistics releases the March U.S. unemployment figures Friday, you'd think they would reflect the onslaught of applications reported over the past two weeks: 3.3 million the week ending March 21 and 6.6 million last week.

But they almost certainly won't.

With at least 10 million people filing and a civilian labor force of about 165 million (in February, the most recent month available), the unemployment rate should be at least 6.1%.

Most likely, it'll be much lower. Perhaps not much more than the 3.5% reported nationally last month.

The BLS isn't hiding numbers or using fake math. Instead, the BLS reports come from old data - in this case, data collected before the COVID-19 pandemic took hold. When state-based unemployment reports come out later in April, they'll be based on the same, dated information and could seem even more unrealistic.

The rates lag real-time observations. The agency's Current Population Survey and Current Employments Statistics Survey focus on the status of people and businesses the week or pay period including the 12th day of each month, in this case, March 12. The actual interviews or samples for those surveys take place the next week, and sometimes aren't finished for another 15 days, BLS spokesman Gary Steinberg told Carolina Journal.

In mid-March, only a handful of states had issued social distancing mandates or stay-at-home orders.

In North Carolina, Gov. Roy Cooper didn't close restaurants and private clubs until March 17. Many of those businesses took several days to lay off staff even as their revenues crashed.

North Carolina's unemployment reports for February were released March 27. It showed an unemployment rate of 3.6%. The March N.C. reports are scheduled for release April 17 - but they'll be based on the same mid-March figures the federal government uses.