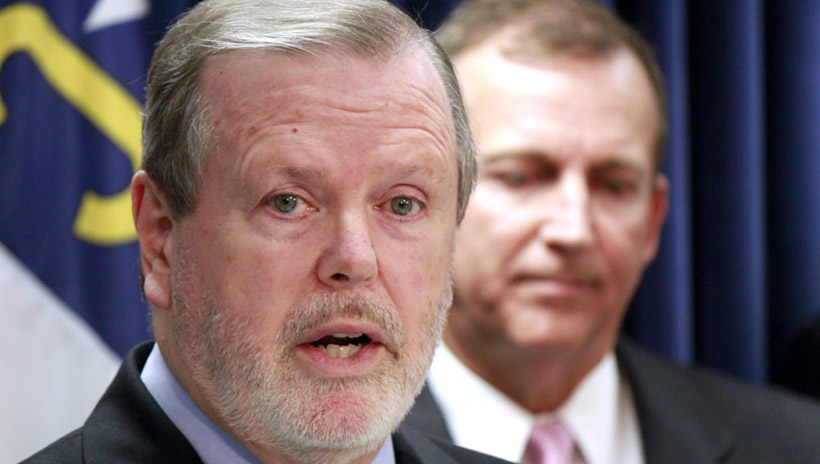 North Carolina is funding a study that will help decide lawmakers' stance on reopening the economy and a "host of issues, from school calendars to tax policy," Senate leader Phil Berger, R-Rockingham, announced in a news conference Wednesday, April 15.

Lawmakers gave Wake Forest Baptist Health $100,000 for random antibody testing to gather data on how many N.C. residents had the coronavirus. As part of the initiative, 1,000 at-home antibody test kits will be sent to a representative sample of North Carolinians. Money for the study will come from a General Assembly discretionary account.

Berger said leaders around the world are making decisions without reliable data. "That is a condition that needs to be corrected as quickly as possible," Berger said. "Without hard data to back up the opinions expressed, people are going to be increasingly reluctant to comply with a government-mandated shutdown."

North Carolina had 5,123 cases, 431 hospitalizations, and 117 deaths attributed to COVID-19 as of Wednesday afternoon.

"This data may also show that things are much better than those models project," Berger said. "If that's the case, we may be confident that a reopening of the economy can be done safely. ... All of that is dependent on what kind of confidence we have in the overall prevalence of the virus in the population, whether we're seeing a flattening out or reduction in hospitalizations."

The funding from the legislature was just a start. It could eventually cost tens of millions of dollars, said lead researcher Dr. John Sanders, chief of Infectious Diseases at Wake Forest Baptist Health Internal Medicine section.

Researchers already shipped several hundred tests. They plan to send test kits to 25,000 patients between Wake Forest Baptist and Atrium Health by early May. They hope to enroll 500,000 to 750,000 patients in the study over the next four to six weeks.

"We view this study as part of a call for action, a chance to track this disease together," Sanders said. "As decisions are made about extending or opening up business, that we can get a clear understanding of what's taking place down to the zip code level."

Most of that understanding will be based on reported coronavirus symptoms. Participants will report their symptoms in an online portal run by Oracle, a California-based tech company.

DHHS already tracks symptoms via a statewide surveillance network called NC Detect. The state began collecting information about symptoms amid coronavirus testing shortages and delays in late March. The agency said it was unaware of the General Assembly's study before Monday's announcement.

Sanders says his system will help researchers use data that NC Detect doesn't collect. His researchers can ask patients questions through electronic health records and continue to track symptoms instead of waiting for self-reporting from hospitals and providers. They hope to pick up coronavirus cases that would otherwise remain undetected.

The Oracle tracking database will be made available to local health departments and the Centers for Disease Control and Prevention.

"We want to make sure that it's viewed collaboratively and not as a competing system," Sanders said.

They also hope the system will uncover more information about how people with antibodies react to the virus.

"We do not know whether a positive antibody on one of these tests is clinically relevant in the sense of whether it corresponds with protection against subsequent infection or other disease outcomes," Sanders said. "Those are the questions that we plan to ask and answer."

The study is similar to testing by Stanford University, whose researchers hope to learn how deadly and prevalent the virus is in California.

"We're trying to take advantage of sending tests to people and exploring the potential benefit of in-home testing," Sanders said. "We hope that will allow us to access volunteers who might not be able to come to drive-through testing, so we get better demographic representation for modeling."

The study does have some "inherent" weaknesses in the quality of its tests and the sampling of patients. Researchers will build in ongoing ways to validate the accuracy of the tests and make sure their data is reliable. They are also reaching out to people at higher risk, ensuring data accurately represent the state's residents, Sanders said.