Published: Wednesday, May 20th, 2020 @ 10:06 am
By: Carolina Journal   ( More Entries )
Publisher's note: This post appears here courtesy of the Carolina Journal, and written by Kari Travis. 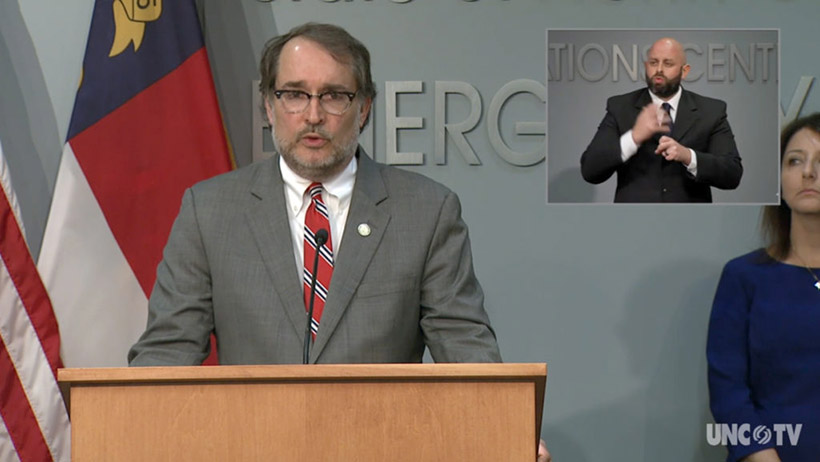 Such was the theme of the General Assembly's first day back in Raleigh since the legislature gathered two weeks ago to pass a COVID-19 relief package for the state. That was a consensus session, with Republicans and Democrats voting together on a $1.6-billion plan to prop up the state's struggling economy.

But now that the 2020 short session has officially commenced, Republicans are asking pointed questions about how Cooper prepared — or didn't prepare — for the economic hardship that has sent hundreds of thousands of residents to the unemployment office. DES was hit by a wave of 125,000 claims immediately after Cooper issued an executive order shutting down restaurants and private clubs, and limited food service to takeout or delivery.

The numbers skyrocketed from there.

Since March 15, more than 1 million claims have been filed with the N.C. Division of Employment Security. Those claims represent some 900,000 people. Just under 538,000 of those people have actually received unemployment benefits, according to data on the DES website.

"All of the senators have heard from constituents who have spent hours on hold with the Division of Employment Security to try and find out when their benefits will come in so they can provide for their families," Berger said. "Many are still waiting for an answer."

"There's been a lot of talk about how we need to increase the monthly [unemployment] benefit amount," Berger added. "But it doesn't really do a lot of good if you can't get the checks out to people."

Did Cooper give DES enough notice to prepare for the onslaught of claims? Republican senators asked. How does the department plan to address the backlog? Was DES included in the governor's preparations early enough in the process?

Who should shoulder the blame for the tsunami of claims that have buried the department and left roughly 350,000 unemployed residents without benefits?

Not Taylor, according to many leaders in the room.

"It appears to me the problem isn't [Taylor]," said Sen. Tom McInnis, R-Richmond, "but superior leadership might be the problem. As far as I can tell, the governor has no plan for relief."

Taylor sat through a handful of impassioned speeches from several state residents who attended the committee to give personal statements. He listened as they vented frustration over dropped phone calls, failed chat functions, crashing website applications, and no payments.

One, Julie Savage of Wake Forest, cried at the podium as she told committee members about her unemployed husband and six children. They've been trying to reach a DES agent by phone and email since March 23.

"We don't even want unemployment," she said. "We just want our jobs back."

The department should've been better prepared, Taylor said, but the size and scope of layoffs in North Carolina was unexpected. Early data showed the department would get a few hundred thousand claims, at the most.

Instead, DES was buried, he said. Still, the official took responsibility for the department's failure, skirting questions that directed blame toward Cooper.

"To every person here today, to anyone who's been waiting to get their benefits, I say, 'I'm sorry,'" Taylor said. "I carry the load of the performance of employment security on my shoulders."

Unemployment insurance is just one of the many issues the legislature will address over the next few weeks, Berger said. While lawmakers launch into committees and legislative discussions this week, they also will be talking about how to budget for next year.

Since state and federal tax deadlines have been extended to July 15, North Carolina could be short $4 billion for next year's budget, Berger told Carolina Journal during the news conference. The Senate is still optimistic guidelines for the Coronavirus Aid, Relief, and Economic Security Act will change to allow North Carolina to use some of its remaining $2 billion from the federal government to fill budget gaps.

A bill recently filed in Congress would give states that flexibility. But there's no sign of progress just yet, Berger said.

"What we need in North Carolina is not necessarily more dollars in the state, but the flexibility with the dollars that are here so that we can make sure that our normal budgetary items can be met," Berger said.