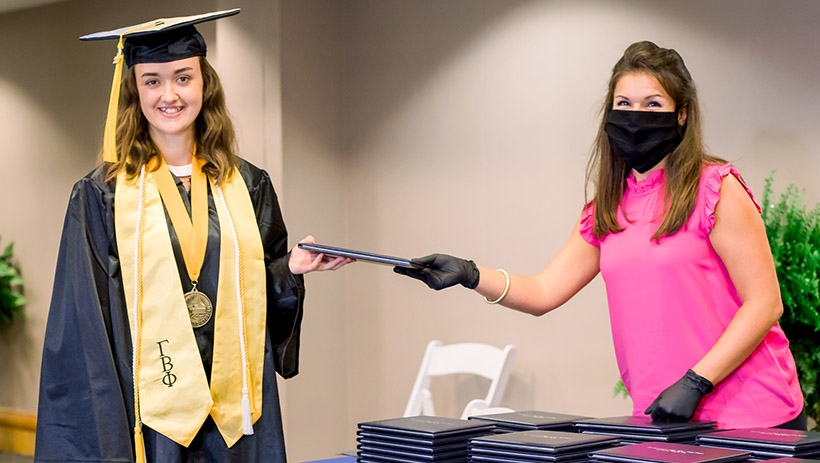 Usually these students participate in a ceremony at BCECHS and in a larger one for all students of BCCC, but COVID-19 restrictions meant that both ceremonies looked very different than for previous classes. BCECHS staff had delivered yard signs to all graduates so that their families could express their pride for their student's success.

These students go to high school classes for their first two years, later transitioning to taking college classes just like any other college students on the BCCC campus. At the end of their five-year education, they earn a high school diploma, and most of them also earn an associate's degree. BCECHS encourages its students to graduate with two associate's degrees. The high school ranked 12th in North Carolina for performance grade and growth last year. Lindsey Swain was the first student at the high school to complete the program in only three years.