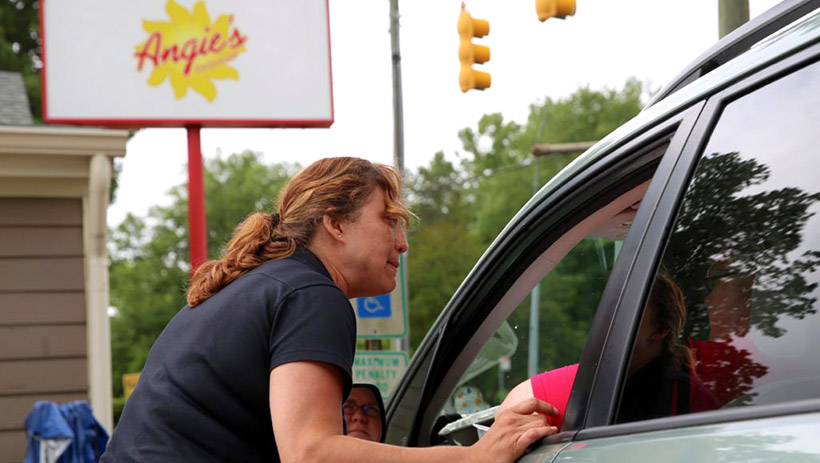 Angie Mikus was cooking a pot of spaghetti sauce in her kitchen March 17 while Gov. Roy Cooper, somewhere in his Raleigh offices, finalized the decision to close restaurants and private bars across North Carolina.

Mikus, the owner of Angie's Restaurant in Garner, was still mulling over a gloomy conversation with the owner of a local catering business. Profits in the area were wilting as COVID-19 turned its heat toward North Carolina's economy.

"I just had a feeling. I could feel it coming," Mikus told Carolina Journal.

During the first wave of executive orders that spanned March, April, and May, and June, Cooper shut down restaurant dining, allowing only takeout and delivery. Stories of permanent closures and financial hardship have cycled through the news since state lawmakers returned to Raleigh's General Assembly complex in late April. When North Carolina restaurants were allowed to reopen at 50% capacity May 22, the media portrayed the event as a sort of war zone-esque recovery, where patrons celebrated with hand sanitizer and masks and urban restaurants stringently enforced social distancing.

Indeed, those stories exist. As many as 65% of North Carolina's 19,000 restaurants may not survive the two-month shutdown that preceded Phase Two of Cooper's reopening plan, said Lynn Minges, president of the N.C. Restaurant and Lodging Association. The legislature is trying, so far unsuccessfully, to help restaurants expand outdoor seating and to reopen gyms and bars that remain closed under Cooper's executive order. But out of the shadows of North Carolina's government and news media, away from the barrage of news conferences and briefings from N.C. Department of Health and Human Services Secretary Mandy Cohen, a different story is unfolding: one where panic over social distancing takes a backseat to something else.

"What would happen to my business?" Mikus remembers wondering. In March she was braced for impact, developing a plan.

When Cooper announced he was closing restaurant dining rooms, Mikus acted quickly. Each space in her diner's parking lot was spray painted with a number, allowing roughly 30 cars to pull up for food service. Her dining room was converted into a sort of culinary command center, tables bearing paper products, sanitizer, and condiments.

A new sign was lit at the corner of the parking lot. "Angie's Car Hop," it reads.

The diners came in droves - even after Cooper announced a statewide order to stay home. After all, this is Garner, where the roads wind into a rural corner of Wake County and Raleigh traffic thins. Here you get biscuits and sausage gravy and bacon and omelets served up in a Styrofoam box with a note written on top. "Thank you for the love!" it says.

No frills. No fancy sauces.

People sit in their cars and eat or set up chairs in the parking lot. They talk. They laugh. Mikus, who makes sure operations are spick and span, comes out to say hello. If you're lucky, you'll even get a visit from Odell, the black and white neighborhood rooster that struts along the side of the road and interrupts traffic at the stoplight.

"Why did the chicken cross the road? To get to Angie's," Mikus joked.

Mikus plans to keep the car hop business going even as other restaurants open their dining rooms. She's been forced to lay off some staffers, but feels lucky. She and her servers don't wear masks. They don't feel the need to.

Whatever keeps them coming back.

Edward King, owner of Ed's Family Restaurant and Catering in Harnett County, holds to the same philosophy. His business, which sits on Angier's East Depot Street, kept up a bustling takeout service over the weeks of shutdown, and reopened its dining room May 27. The house is following guidelines for disposable menus. Seating is cut in half.

There's a basket of handmade masks for sale by King's bulletin board in the entryway. But the owner doesn't wear one. Neither do his customers, who pop in the door at regular intervals to pick up box orders wrapped in plastic bags. King and his staff greet many by name. One diner even totes in a homemade chocolate pie for the staff.

Sure, the shutdown hurt the restaurant's bottom line, King told CJ while standing at the front corner of his kitchen, burgers sizzling on the griddle behind him. But regulars kept ordering takeout two and three times a week. Cooper "did what he had to do," King said.

For King, it's not all doom and gloom. Or politics, for that matter. On May 22, while North Carolina's Council of State - a group of the state's 10 elected senior officials - roasted the governor with questions about his arbitrary reopening plan, King was already hours into his workday. The restaurant owner has been in this family business for decades. He's got other fish to fry. Literally.

"The people who sweat this ..." King trailed off, shrugging. "There's not much we can do to change it."

Not much, other than to keep on cooking.

Howard Manning, the owner and chef of Manning's Restaurant in Clayton, was rolling out plans for a June 1 reopening when CJ dropped into his establishment May 21.

At the time, the proprietor was hosing down his rooftop patio. The phone was ringing, and two staffers were taking reservations. The restaurant kept a steady stream of takeout orders as the shutdown wore on, Manning told CJ. Sales were cut nearly in half, however.

That optimism seems pervasive among those who live outside the city - where the air is a little clearer, the sky is a little bigger, and the community is a little smaller. Where business feels like a family affair, and everyone knows your name.

Where for some, the cost of social distancing isn't financial. It's personal.

These days, the owner mostly greets customers over a rolled down car window. But she looks forward to a time when the regulations lift. When she can welcome people with open arms.

For now, while state lawmakers convene in Raleigh and develop plans for economic relief, while Cooper defends his three-part reopening plan, and while DHHS Secretary Cohen gives speeches about the importance of "wait, wear, and wash," Mikus is making the best of it.

So are her customers.