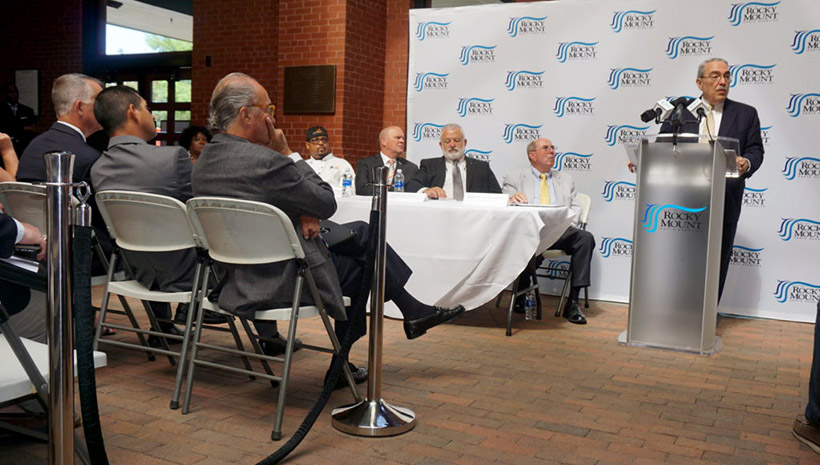 Movement to eliminate a rule for landline telephone carriers that remains in force for broadband providers could speed expansion of high-speed internet to areas lacking it. Legislation from U.S. Rep. G.K. Butterfield, D-1st District, Expanding Opportunities for Broadband Development Act, would make it easier to bring broadband service to rural and unserved areas.

The Eligible Telecommunications Carrier requirement dates to 1996, when providers applied not to expand broadband but to build out home telephone service. The rule was designed to weed out unreliable infrastructure builders and ensure telephone connectivity. But it morphed into red tape. Now, as the program has changed to provide high-speed broadband, internet providers still must go through an unnecessary process to be certified as an ETC. For example, only ETC-designated broadband providers can participate in the Federal Communication Commission's Lifeline program, which expands broadband to eligible low-income customers.

In addition, the Rural Digital Opportunity Fund, which intends to distribute $16 billion this October to connect unserved rural communities, still requires the ETC designation. Money allocated during the COVID-19 pandemic to connect many of the 5% of Americans who still lack sufficient internet access - such as these rural communities in Iowa that lack the infrastructure to support distance education and telehealth - could be stymied by the antiquated rules.

COVID-19 suddenly forced rural and low-income North Carolinians to confront gaps in broadband services. Grants from AT&T, Google, and Duke Energy helped convert some 280 school buses into wifi hotspots, temporarily closing the gap in remote learning. But that help was no substitute for reliable high-speed internet service at home.

NCTA, the Internet and Television Association, said that some consumers lose out on low-cost plans because of ETC rules that reduce the number of providers willing to navigate the red tape. Because most of these funds are distributed by reverse auction - essentially going to the lowest bidder - less competition means the service is provided at a higher taxpayer cost.

"By retiring the ETC designation, more ISPs with a proven track record of operating broadband networks would compete for government support," said Michael Powell, president and CEO of NCTA. "With Congress considering new strategies to advance access and adoption of broadband across America, now is the time to remove antiquated and unnecessary barriers that deter ISPs from delivering broadband service to every citizen."

Powell expressed support for Butterfield's legislation, which would promote broadband deployment through an updated and universal national eligibility standard.

"This is a pro-competition initiative that Congress should adopt," he said. "It will establish one set of clear rules that are understandable, consistent across state borders and impervious to manipulation by local special interests that want to squash competition. That will bring more offers to the table, drive down costs, and speed up deployment-all things that we should be able to agree with on a bipartisan basis."

Butterfield said in a news release announcing his bill that the legislation would speed up broadband deployment by eliminating the ETC designation.

"Across the country, millions of Americans still lack access to consistent and reliable internet service because the broadband infrastructure necessary to serve all households and businesses does not exist," he said. "And in urban areas where broadband service is available, there are numerous low-income families that simply cannot afford it. Quick passage of this critical legislation is particularly important to many rural areas like those I represent in eastern North Carolina where broadband is not currently available."

The 25/3 Mbps speed was the minimum level to be eligible for a U.S. Department of Agriculture rural broadband grant program, says Sanders, director of regulatory studies for the John Locke Foundation.

FCC Commissioner Michael O'Rielly said in a recent blog post it's become clear to him the ETC requirement has prevented carriers from applying for the federal funds, with rural consumers losing out. He described the process of acquiring the designation as "time consuming" and "resource intensive" and that the ETC requirement imposes additional regulatory burdens and litigation risks because each state imposes specific requirements.

"A nationwide provider with streamlined practices would potentially become subject to a patchwork of regulations - in certain cases, upwards of 40 different regulatory regimes - even though many of the rules entirely pre-date the modern broadband networks that our auctions are trying to subsidize, often, by several decades," O'Rielly wrote.

"While requiring ETC status doesn't bar participation by certain providers on its face, it serves as a major obstacle for many companies in practice," he wrote. "Compared to the burden and risk of becoming an ETC, certain providers have determined in the past and likely will again that the reward simply isn't worth it."

O'Rielly said many states already dole out money through their own broadband funding programs without requiring recipients to become ETCs, which increases participation without causing problems.

There seems to be no reason the federal government shouldn't do the same. Closing the digital divide as cost effectively as possible is the top priority of everybody and streamlining ETC requirements brings the country closer to that goal.

In North Carolina, the John Locke Foundation, as part of Carolina Rebound, recommends state and local governments streamline permitting and remove regulatory obstacles to expanding broadband. That overarching goal is clearing the way for the private sector to ensure that all areas of the state have access to broadband for school and work.

Johnny Kampis is senior fellow and investigative reporter for the Taxpayers Protection Alliance.