Do you read cozy mysteries? | Beaufort County Now | Before I wrote my first cozy, I wasn't familiar with the term. Perhaps I'd heard it but hadn't given it much thought. | Jessica Fletcher, Miss Marple

Do you read cozy mysteries?

Login to Send a Private Message to Kathy Manos Penn
Long time Atlanta columnist Kathy Manos Penn has turned her attention to writing cozy mysteries set in the Cotswolds. Find her Dickens & Christie series on her website kathymanospenn.com and on Amazon. 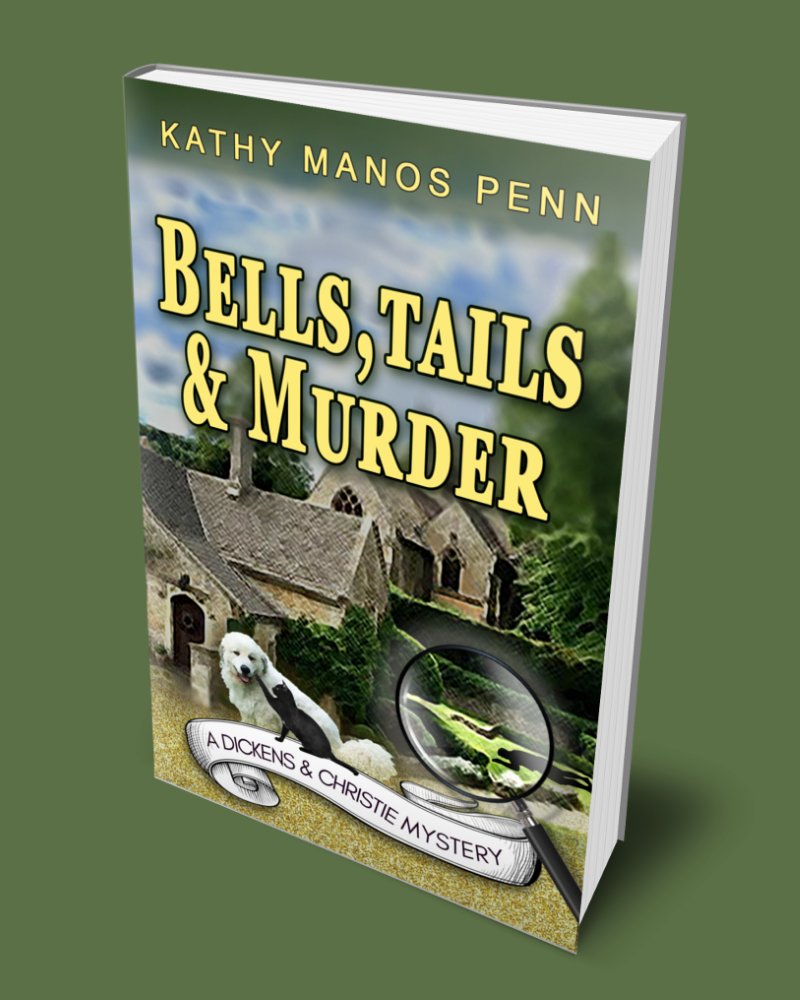 Kathy Manos Penn's new Book is now on sale.
Before I wrote my first cozy, I wasn't familiar with the term. Perhaps I'd heard it but hadn't given it much thought. Now, of course, I'm well acquainted with the genre. As I explained in a recent column, a cozy mystery contains "no cursing, no sex, and no blood and gore. Think Jessica Fletcher and Miss Marple."

When a friend asked me to name some cozy mystery authors so she could better understand the genre, I could think of only one or two. Finding myself at a loss to name more than that, I came home and googled "cozy mystery authors." I was surprised to learn I'd been reading cozies off and on for years without knowing it. I found several different lists of cozy mysteries, and one titled "25 of the Absolute Best Cozy Mystery Series."

I've by no means read all twenty-five on the list, but I have read quite a few. Here in no particular order are a few I've enjoyed:

Rita Mae Brown Mrs. Murphy mysteries: Mrs. Murphy is Mary Minor "Harry" Haristeen's cat. Together with Harry's Welsh Corgi Tucker, Mrs. Murphy unearths clues and solve mysteries in the fictional Virginia town of Crozet. There are thirty books in this series that started with "Wish You Were Here" in 1991.

Lillian Jackson Braun and the "Cat Who" books: Braun has passed away, but her "Cat Who" books were hugely popular in her day. I recently picked up the first in this twenty-nine book series, "The Cat Who Could Read Backwards." I enjoyed it anew and was struck by the absence of cell phones and the internet. How quickly we forget.

Louise Penny and Inspector Gamache: One of my favorite authors, she published her first Inspector Gamache book in 2005, "Still Life." The fourteenth in the series came out last year, and another is on the way. I heard Penny speak in North Carolina last year and thoroughly enjoyed the experience. Somehow, I'd never thought of her as a cozy mystery writer, perhaps because there's cursing aplenty in her books, something that's taboo in cozies.

Agatha Christie's Miss Marple series: Many consider Christie the Queen of the cozies. I've read a few Miss Marple books, but I've mostly seen BBC television shows which eventually show up on PBS or PBA here in Atlanta. All are enjoyable. My husband and I even watched an old black and white movie starring Margaret Rutherford, but I prefer the BBC versions. "Murder at the Vicarage" is the first in the series and came out in 1930.

Dorothy Sayers and Lord Peter Wimsey: Sayers didn't appear on the list of 25 referenced above but I found her mentioned on several others. As a died in the wool Anglophile, I fell in love with Sayers the moment I discovered her Peter Wimsey stories. The first book in her series of twelve is "Whose Body?" and is set in England between the first and second World Wars. The Wimsey books were published from 1923 to 1939, after which Sayers turned to other writing projects. Jill Paton Walsh continued the series in 1998 with four more books. I found them to be as enjoyable as the originals.

This is just the tip of the iceberg, so expect another installment about cozy mystery authors and books to add to your TBR (To Be Read) list. And, of course, I sincerely hope you've already added my Dickens & Christie mystery series to that list. The first two books are "Bells, Tails & Murder" and "Pumpkins, Paws & Murder," and you can expect the third book soon. Happy reading!

Grab a copy of Bells, Tails, and Murder today-book one of my new Cozy Animal Mystery Series. Use this link to order your copy now from Amazon. Happy reading!

Grab a copy of Bells, Tails, and Murder today-book one of my new Cozy Animal Mystery Series. Use this link to order your copy now from Amazon. Happy reading!